WHITTIER – Whittier Union rolled out the red carpet and gave over 2,700 members of the Class of 2020 the star treatment during one-of-a-kind drive-up graduations that saw students walk across grand stages set up on their campuses and collect diplomas as families, sounding air horns and holding custom big-head cutouts, cheered from decorated vehicles, limousines and party buses.

Every day during the week of July 20, each Whittier Union campus hosted socially distanced graduation ceremonies that provided students and families safe venues in which to celebrate after traditional ceremonies were canceled due to public health restrictions. Students, staff and guests wore facial coverings and students arrived at staggered times throughout the afternoon.

Although the events were unconventional, staff and administrators worked to create a festive atmosphere that captured the school spirit students experienced over the last four years.

With the traditional Pomp and Circumstance playing in the background, teachers and staff greeted seniors who beamed with pride as they donned their caps – some decorated with inspirational messages – gowns, sashes, medals and leis. Cars wound through the school campuses or parking lots, taking advantage of photo opportunities before reaching the graduation stage.

One by one, students left their adorned vehicles to walk a red carpet leading to a decorated stage, where their names were called. Families briefly parked to take photos, cheered and whisked their seniors away to the next step in their journeys.

Traditional graduation speeches were prerecorded and made available on each school’s website. Nearly 90% of students participated in graduation ceremonies.

“We recognize how much this class had to sacrifice due to circumstances beyond their control, which is why we were determined to whatever necessary to celebrate our seniors and involve their families as much as possible,” Superintendent Martin Plourde said. “I’m so proud of our administrative teams for bringing to fruition a graduation ceremony for our students, marking this milestone and providing our students and families closure to an unforgettable year.” 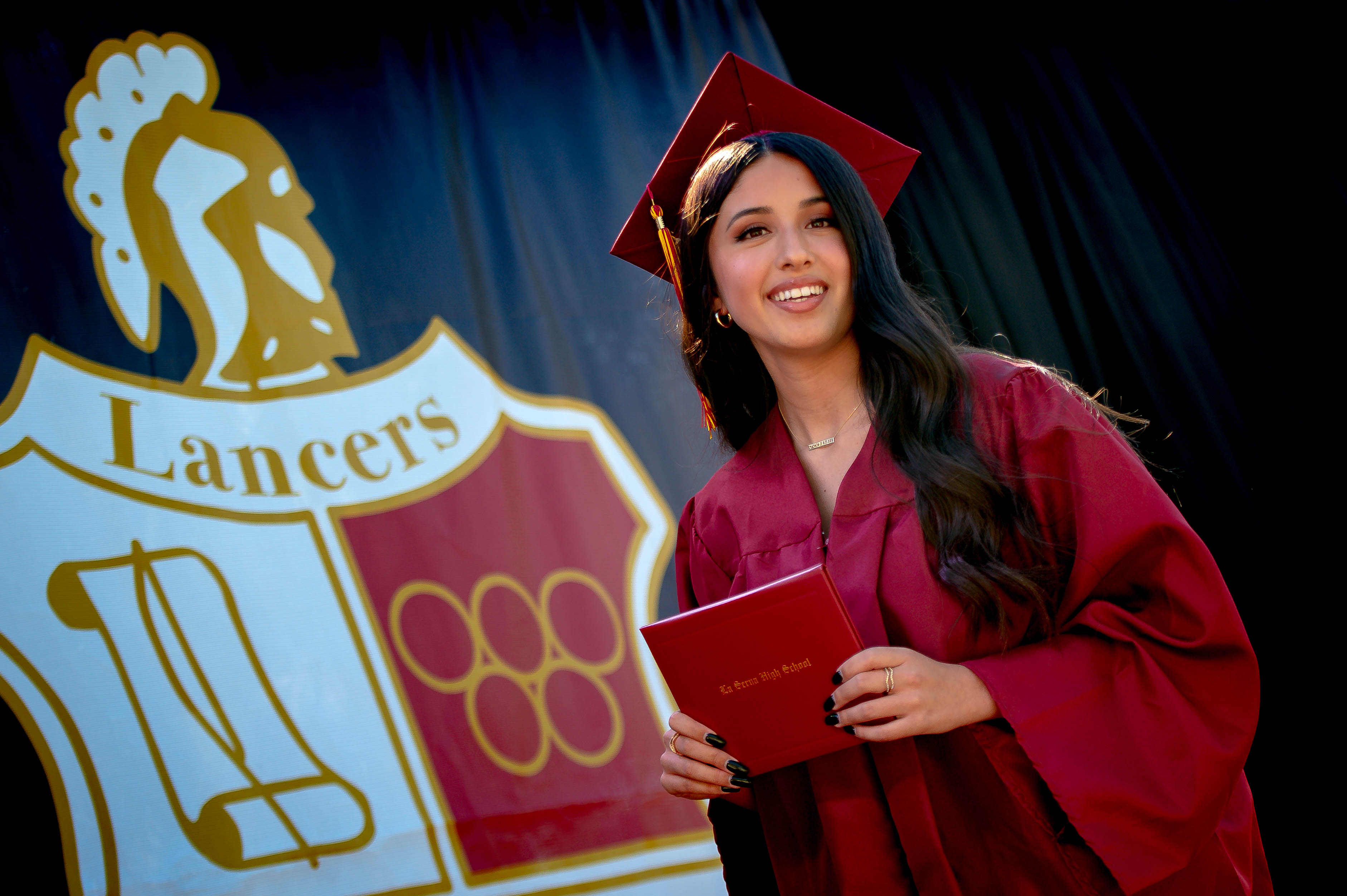 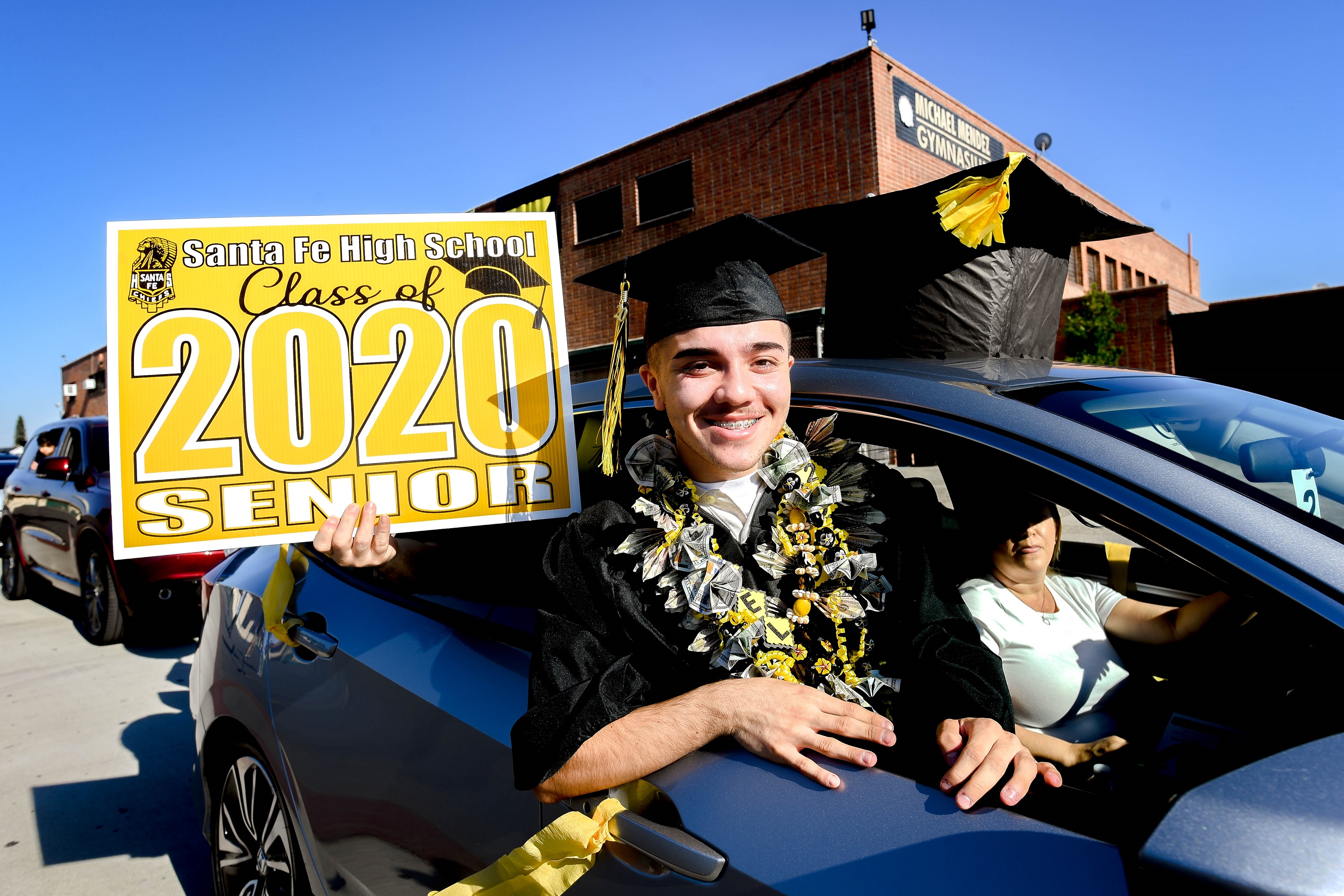 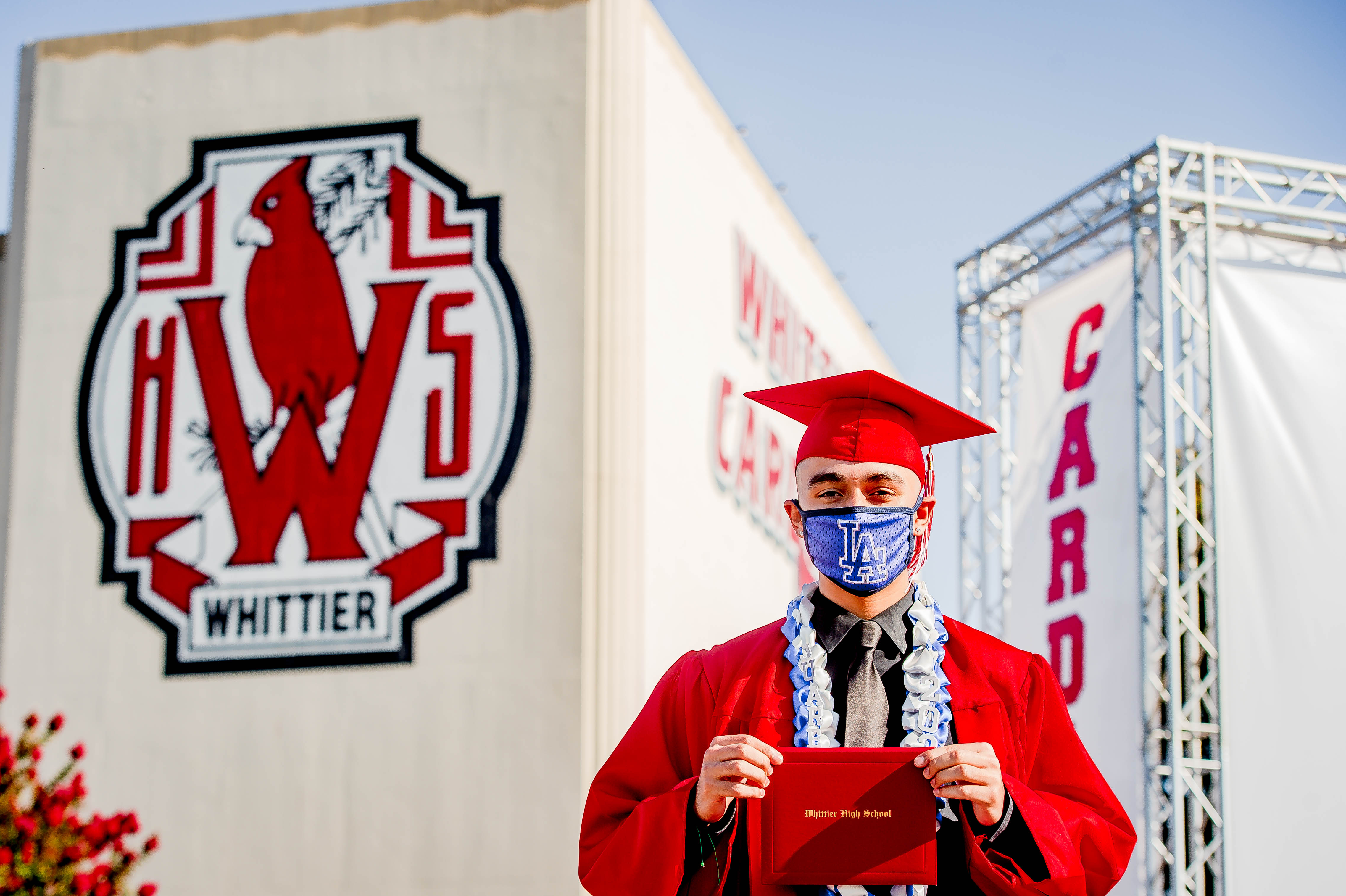 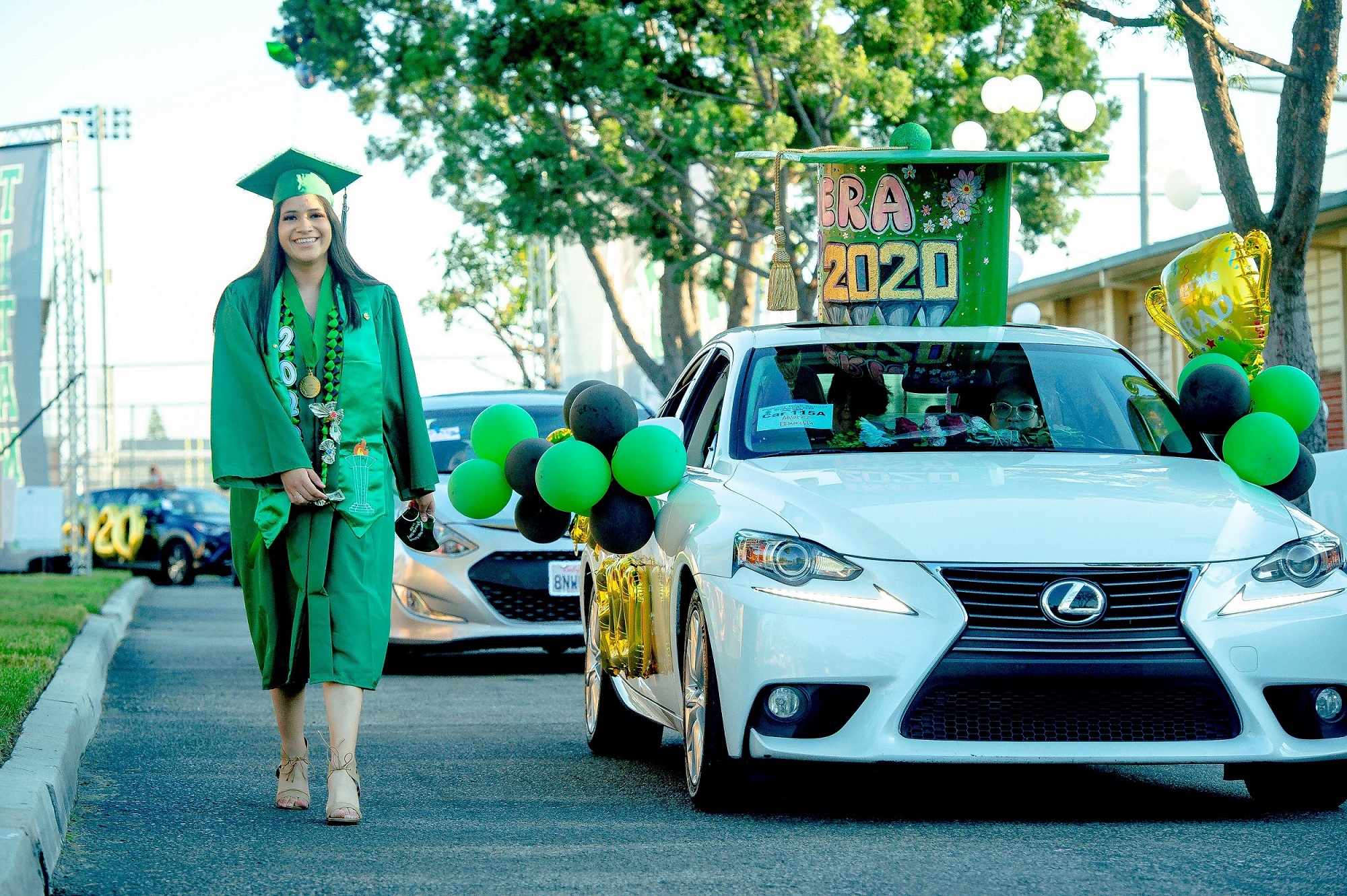 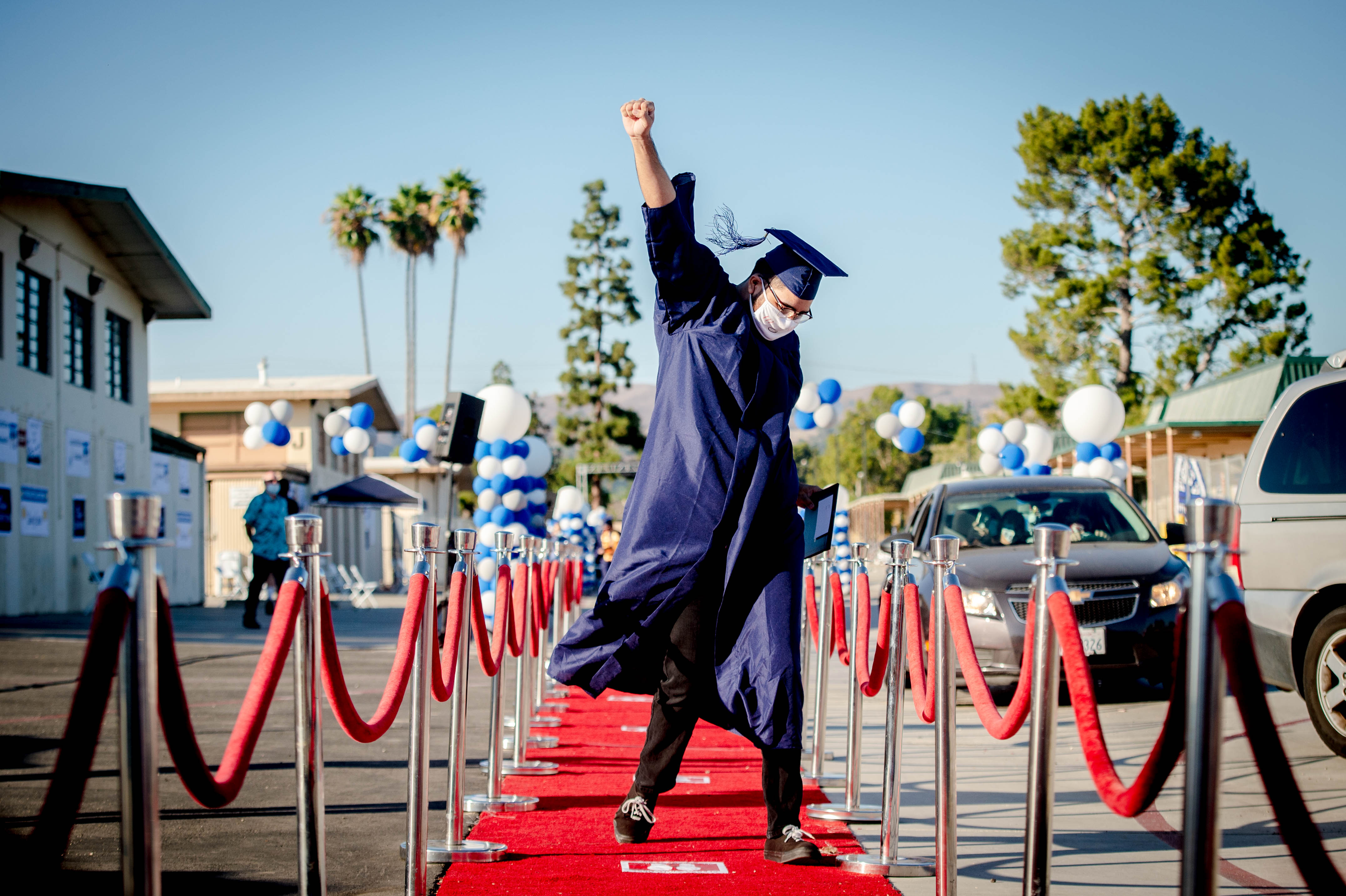 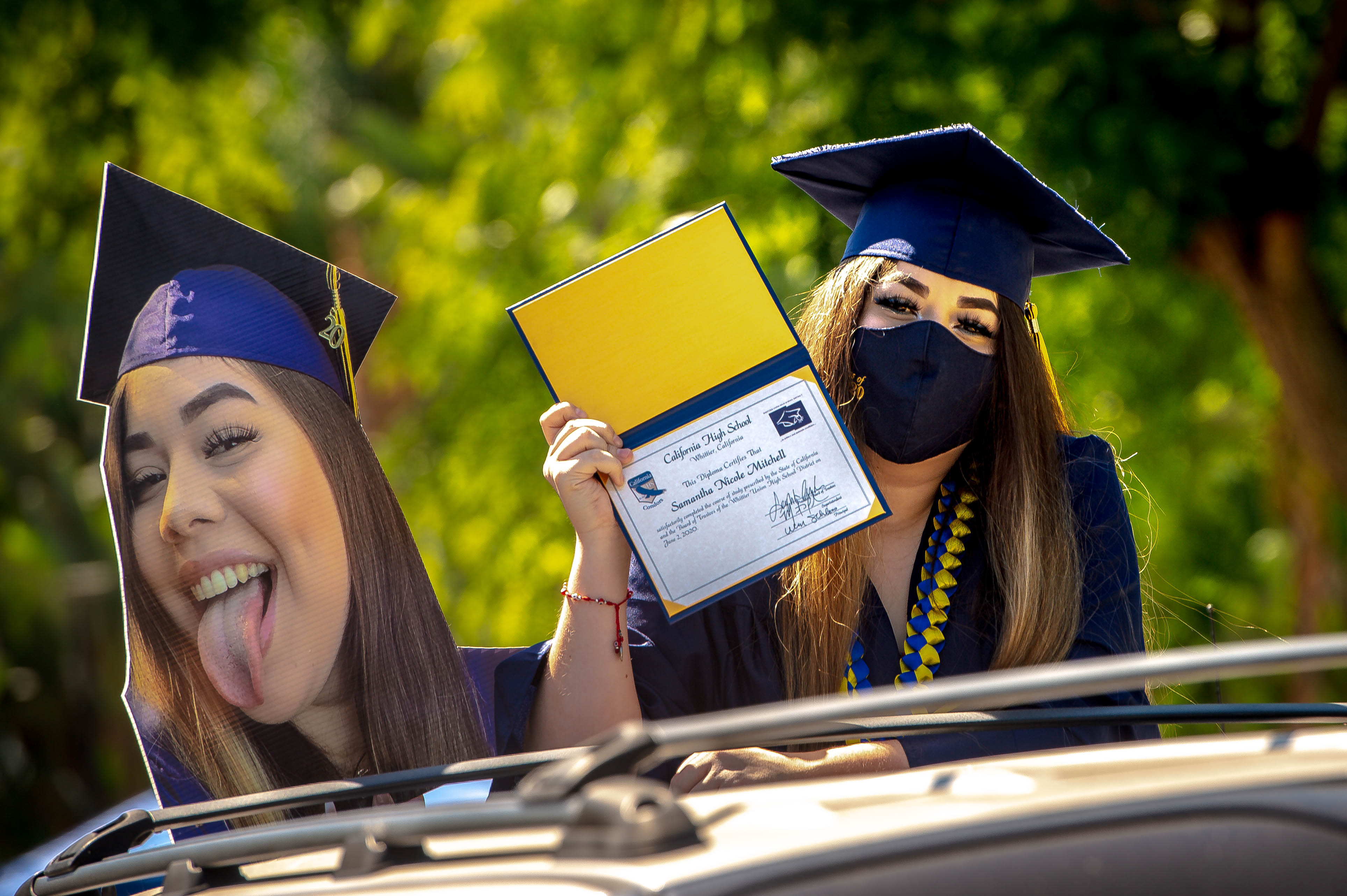 Whittier Union Celebrates Class of 2020 with Pomp and Circumstance