La Serna freshman Elijah Villatoro greatly admired his uncle, Henry Morales, an avid runner and triathlete who learned during Christmas week 2017 that he only had days to live. Morales had a family tradition of taking his young daughter, London, up to the snow on Christmas Day and asked his UCLA caregivers if one final white Christmas was possible.

The Oncology Department had snow trucked to the hospital and decorated it with snowmen and Santa Clauses a few days before Christmas. Villatoro was touched by this act of kindness and promised his family that he would find a way to give back to those who graciously granted Morales his wish.

During a Lancer wrestling team meeting in October, Villatoro realized he could make good on his promise. New head coach Josh Garcia emphasized to his players that they should be thankful for their good health and encouraged the team to give back to the community whenever possible. Villatoro offered to initiate a holiday blanket donation drive for the UCLA cancer patients.

“My Uncle Henry was a role model for me, a man who loved his family, who was always ready to lend a hand to those in need,” Villatoro said. “Coach Josh has been instrumental in making the wrestling team part of my family. I am thankful for his support, and that of my amazing classmates who contributed so much. We want our friends at UCLA to know that we are always thinking of them.”

The entire La Serna wrestling team traveled to UCLA to hand out blankets to every patient in the unit. The patients responded with gratitude and appreciation. One patient asked if a group of students could sing a few carols, and they responded with an impromptu performance of “We Wish You A Merry Christmas.”

“It was a very emotional day for the staff, but we were inspired by the students because they were so nice and wanted to meet all of the patients and personally distribute the blankets,” UCLA Medical Center Nurse Specialist Pattie Jakel said. “We had taken care of Mr. Morales for a couple of years and knew the family well. It was wonderful to see his daughter London again.”
Every patient in the oncology ward received a blanket and, per the family’s request, the remainder of the blankets were given to other patients at the Medical Center, including pediatric, geriatric, and homeless patients.

“The La Serna wrestling team blanket donation perfectly encapsulates what it means to have Lancer Pride,” La Serna Principal Ann Fitzgerald said. “I cannot say enough about the compassion and character of our students, especially Elijah, who lost someone very close and turned that into a positive, not just for his family, but for his classmates, the cancer patients and the UCLA Oncology staff. Our kids have brought much joy and happiness to the holiday season.”

122118_LASERNA_BLANKET: Members of the La Serna High School Lancer wrestling team distribute blankets to cancer patients at the UCLA Medical Center in Santa Monica on Dec. 15. The donation drive brought holiday cheer to the patients and honored the medical staff who provided a touching final Christmas gift to a La Serna family member in 2017. 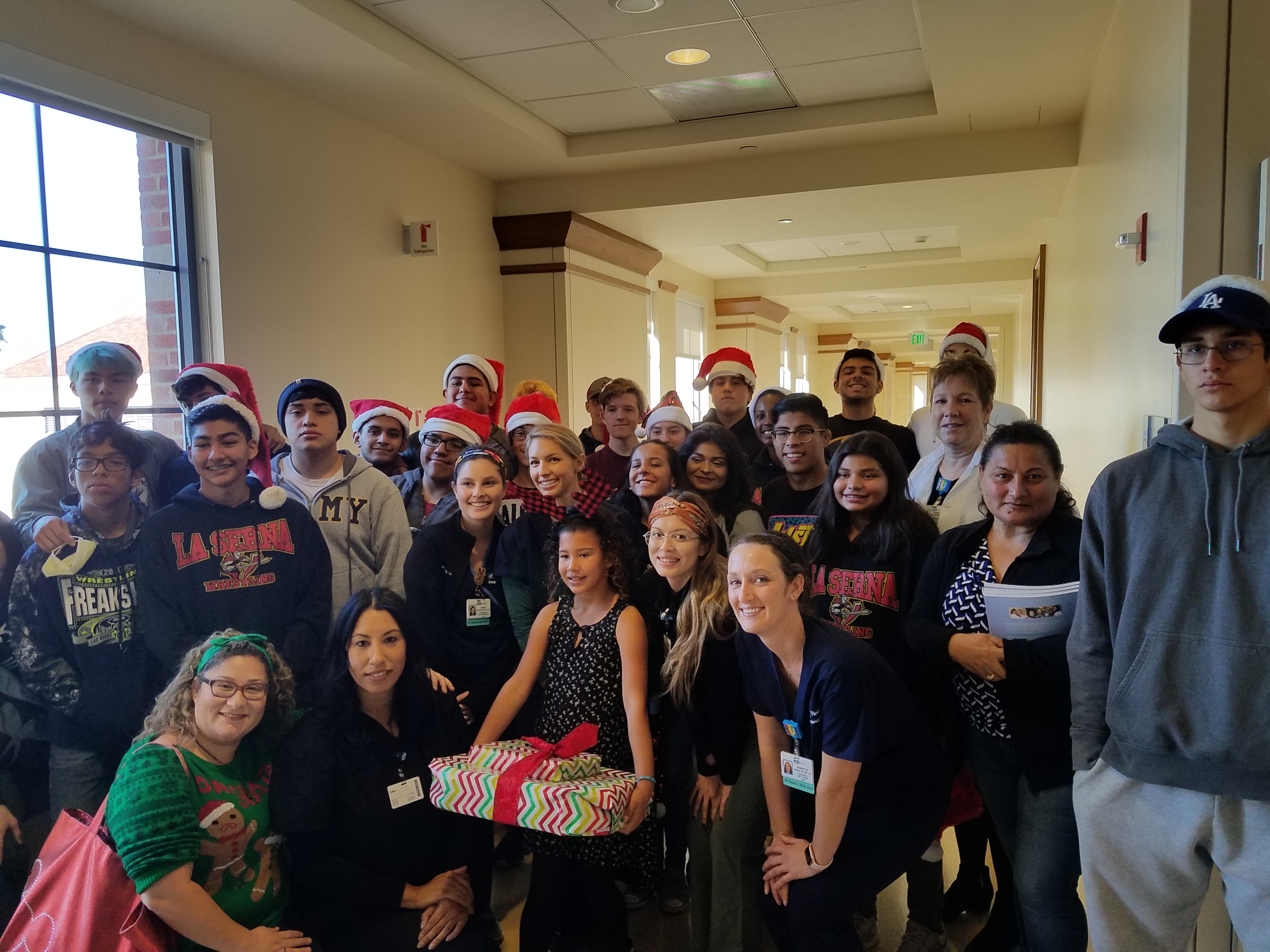