WHITTIER – When Whittier High School senior Ashley Perdomo was 10, her family boarded a plane in El Salvador for what she thought was a visit to relatives in Los Angeles. When the plane touched down, Perdomo learned the true intent of the trip: her parents, both professionals, had been granted political asylum in the United States.

Perdomo was suddenly compelled to adapt to a strange country, make new friends and enter an entirely different education system. Arriving at Whittier High as a freshman, Perdomo found a sense of direction, eventually becoming a student leader with a 4.4 GPA and earning the respect of her teachers and classmates for her work ethic and mentoring ability.

Perdomo’s perseverance and determination were recently recognized by the Whittier Union Board of Trustees, which presented her with an Award of Merit during its Jan. 12 board meeting.

“Thank you to the Whittier Union Board of Trustees for this honorable award,” Perdomo said. “I am indebted to my parents for showing me nothing but love throughout my journey and also to Whittier High for being my second home these past four years.”

Although moving to America was a great challenge for Perdomo, she understood the sacrifices her parents made to provide a better life for the family. Her father, a criminal defense attorney, and her mother, a dental surgeon, soon realized that they would not be able to continue in those jobs in the U.S. They had to take whatever work they could find. Perdomo’s mother became a dental assistant.

Perdomo responded academically by becoming a straight “A” student and campus leader. Her proudest moment came when she was named a star student of the month for her work in honors chemistry class.

“This was an eye-opening experience for me. Chemistry did not come easy to me, but after hours of studying I managed to become one of the top students,” Perdomo said. “This made me realize that work ethic, dedication, resilience and, most importantly, humbleness is what truly sets the foundation for academic excellence as well as personal success.”

Perdomo joined Whittier High’s academic mentor program as a junior. Working as a chemistry tutor, Perdomo’s test corrections and interactive notebook set a standard that her instructor, Thelma Krikorian, uses as an example for new tutors. This year, Perdomo was selected to serve as a paid academic mentor.

Perdomo has been a member of several Whittier High organizations and clubs, including Cardinal Consciousness, Puente and Voices of Women in STEM, for which she previously served as president. Perdomo also established an Instagram page, Voices of Women, where she posts inspirational phrases and provides academic and mental health resources for young women.

Of all the women in her life, Perdomo is most proud of her mother, whose strength of character has enabled the family to move forward despite the myriad challenges of relocating to a new country. Perdomo, who has applied to nearly a dozen universities, plans to major in human biology and pursue a career in dentistry, following in her mother’s footsteps.

“It is an honor to know Ashley and an absolute privilege to share her story,” Whittier High Principal Timothy Liggett said. “Ashley has not let school dismissal and remote learning deter her from being a positive influence on her fellow classmates and an inspiration to her teachers. Congratulations on a fantastic career at Whittier High. I wish you nothing but success as you move forward with future plans.”

011421_WUHSD_Perdomo: For her perseverance and determination, Whittier High School senior Ashley Perdomo was presented with an Award of Merit from the Board of Trustees during a regular meeting of the board on Jan. 12. 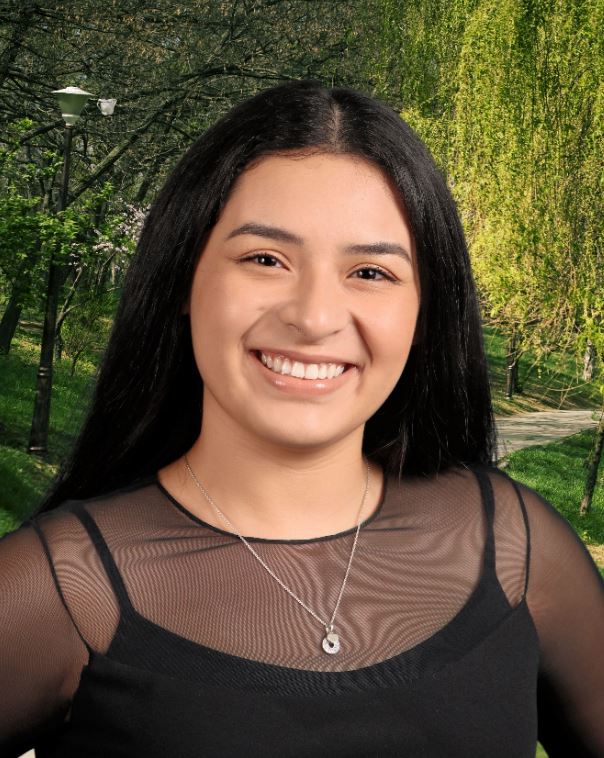