WHITTIER – The Whittier Union High School District Board of Trustees recognized the lifetime contributions of La Serna High School physical education teacher and former varsity softball coach Ginger Larsin, approving the dedication of the school’s new softball field in her honor during its May 14 board meeting.

Larsin – who retired in June after serving in the District almost four decades – developed into one of the most acclaimed high school athletic coaches in the nation during her tenure at La Serna. Her legacy includes more than 500 victories, 14 league titles and three CIF championships. Larsin was also a three-time CIF Coach of the Year and nurtured the talents of more than 400 scholar athletes.

“This is an incredible honor, one I was not expecting,” Larsin said. “I was blessed to have such talented athletes who shared the same ideals I did – to work hard, have fun and stay focused on your goals. My greatest memories are those of my players bonding and working together as a team.”

“In addition to building a successful program at La Serna, Ginger Larsin made a positive and lasting impact on the lives of so many young women, staff members and families,” La Serna Principal Ann Fitzgerald said. “As coach and physical education department chair, Ginger was a tremendous role model, promoting health and fitness to every student.”

After the softball field was completed in summer 2018, Larsin received a groundswell of support from current and former La Serna faculty, staff and players, urging the Board to name the field in her honor.

Former players also fondly remember Larsin’s efforts to bring them closer together through activities such as Secret Sisters, which strengthened team chemistry during bus rides to and from games.

“Ginger invested countless hours in her players. She made sure we had all the equipment we needed even if she had to pay for it herself,” La Serna Class of 1988 graduate Janet Mosikian said. “Ginger made sure we practiced hard. She believed you play how you practice and, in the end, it was so true.”

Larsin retired from coaching in 2013.

Whittier Union Superintendent and La Serna’s former principal Martin Plourde saw firsthand the impact Larsin made on those with whom she worked and coached.

“I had the great pleasure of working with Ginger Larsin and saw how her she helped transform the lives of so many student-athletes, who learned the value of dedication, discipline and commitment under her guidance,” Plourde said. “I wish Ginger all the best in her retirement and hope to see her at Larsin Field in future years, cheering on a new generation of athletes.”

A dedication ceremony is planned for next year. 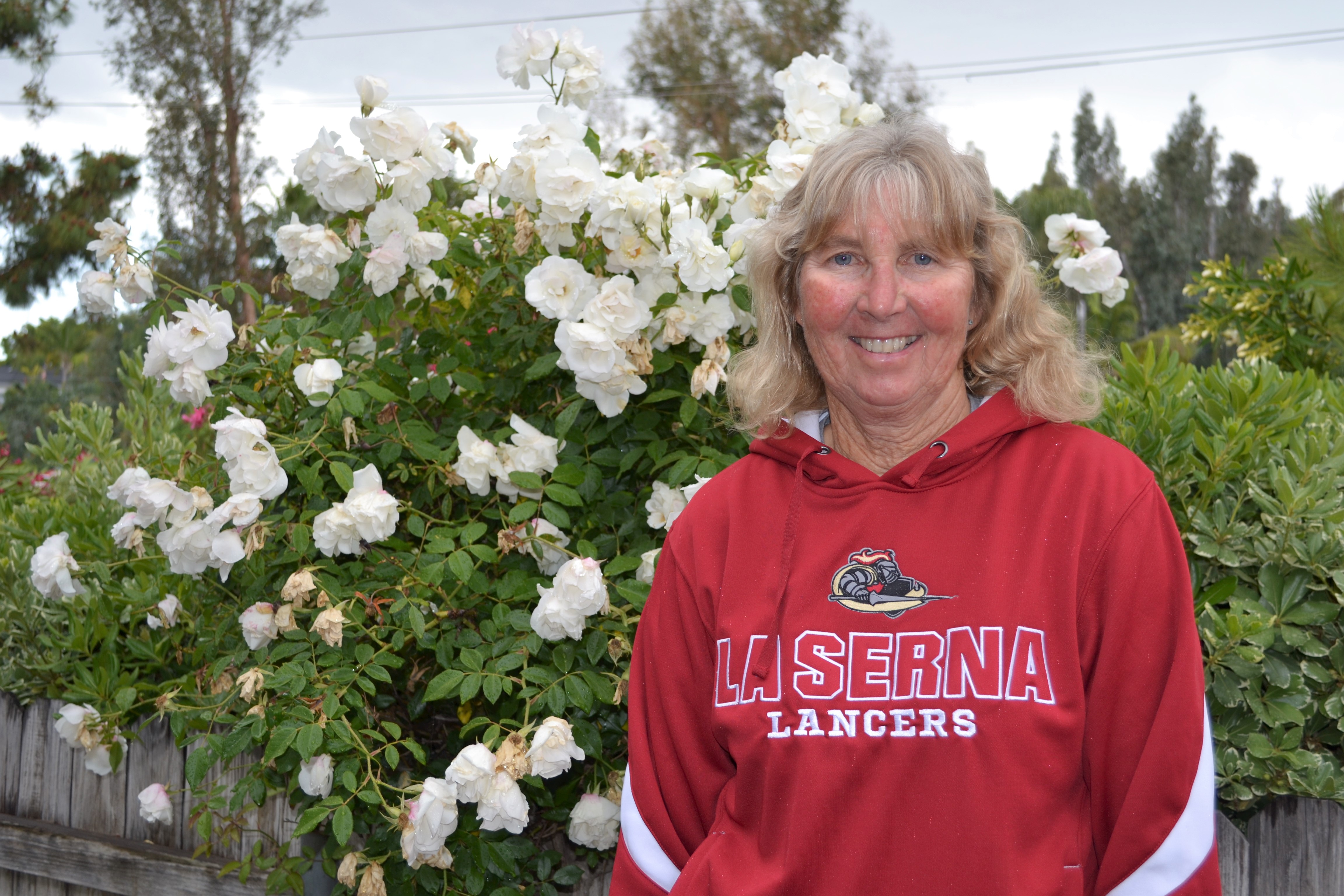