Chavez’s poem submission “Mission First, Mission Always” was ranked No. 1 on four out of the five judges’ score cards.

“The poem is about toxic partying and assault, and how women are not portrayed as victims,” Chavez said. “I use a lot of military metaphors and how women fit in that context, such as having to check in with people and traveling in packs; there’s a procedure to everything.”

The scholarship is funded by David A. Romero, a Mexican-American spoken word artist, and is given to one high school senior in the United States each year.

“I never thought that what I wrote was ever good enough to be recognized by a competition,” Chavez said. “It’s a super surreal feeling and an honor.”

Chavez was inspired to write the poem after listening to a song about partying from the male perspective.

The prize will help fund Chavez’s pursuit of a journalism and ethnic studies degree at either Occidental College or UC Irvine.

“I’m really passionate about journalistic-style writing and I want to continue my journey and life articulating my experiences through spoken word,” Chavez said. “I sincerely thank my parents for consistently encouraging my journey through the arts,” Chavez said.

Chavez, editor in chief of Edgewood High School’s yearbook and president of the National English Honor Society, said the arts and writing provide a way to gain new perspectives and value others’ stories, unifying the community.

“I want to thank Mr. Michael, who recommended the scholarship to me in the first place, Mr. Pirraglia, who let me perform the poem, and all the teachers and staff at Edgewood High School who support arts and spoken word,” Chavez said. “It’s great to be a part of a supportive community that values the arts.” 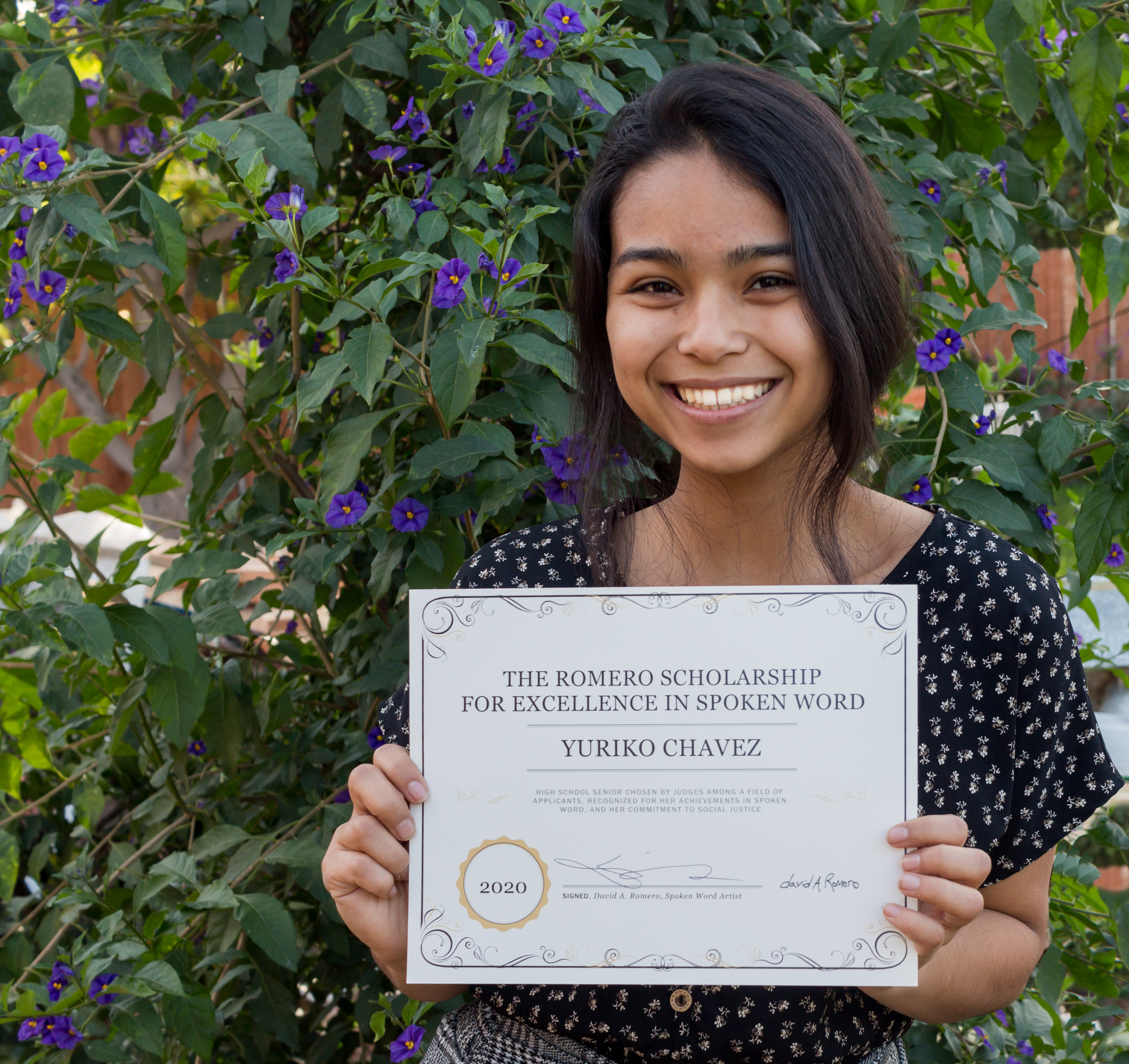