“The Class of 2019 has demonstrated a commitment to excellence and a tenacity to overcome any obstacle that West Covina Unified can be truly proud of,” Superintendent Dr. Charles D. Hinman said. “Congratulations to all of our graduates; we wish them the best of luck as they embark on new educational and professional journeys.”

Valedictorian Daren He and salutatorian Madison Akles delighted their peers, families and staff with humorous anecdotes and emotional expressions of gratitude during their speeches.

“There’s so much left of this world to discover and I believe that you all will carve out your own place in history,” Akles said. “I believe not only in the power of my peers but this generation as a whole. I have seen a true change that we have been able to achieve within our own communities and as a whole.”

He will study bioengineering at UCLA and Akles will study psychology at New York University.

Graduate Ariel Arellano detailed how Coronado – her ninth school during her K-12 years – boosted her self-confidence and shattered her expectations of what it meant to attend a continuation school.

“Prior to coming to Coronado, doubt was my biggest enemy,” Arellano said. “However,
Coronado is a place where you can reinvent yourself, an alternative way of learning.
Coronado may be a school, but really, it is a family.”

Arellano, who was an active member of Coronado’s MIA mental health club and engaged in a Districtwide mental wellness summit, will begin a paid internship with Kaiser Permanente this summer. She also received a paid engineering internship at UCLA.

Seventy-five percent of Coronado’s graduates have enrolled in community college, while nearly 17 percent will pursue career technical education or trade school and 2 percent will enlist in the military.

“Collectively, I believe that the core idea of what graduation means to us lies in this piece of advice: value the knowledge that your experiences at West Covina High School have provided you with, bear that wisdom with you through life and embrace collaboration with others as you embark on your own individual journeys,” Setian said. “In life, we are not always set up for success, but this only drives the inner strength we have inside of us to thrive. … Every single hardship has had a hand in creating the intricate masterpiece of your high school experience.”

Each West Covina High School graduate invited a teacher of educator from their past to join them as an honored guest at the ceremony, part of a longstanding WCHS tradition.

Approximately 90 percent of West Covina High School graduates will pursue postsecondary education, attending four-year colleges and universities across the country, enrolling in community college or attending vocational and trade schools. Nearly 20 Class of 2019 graduates will also enlist in the military.

WCUSD_2019_GRAD1: An Edgewood High School graduate receives her diploma during commencement on June 5.

WCUSD_2019_GRAD2: West Covina High School graduates line up to receive their diplomas during commencement on June 6.

WCUSD_2019_GRAD3: Coronado High School graduates cheer on their peers during commencement on June 6. 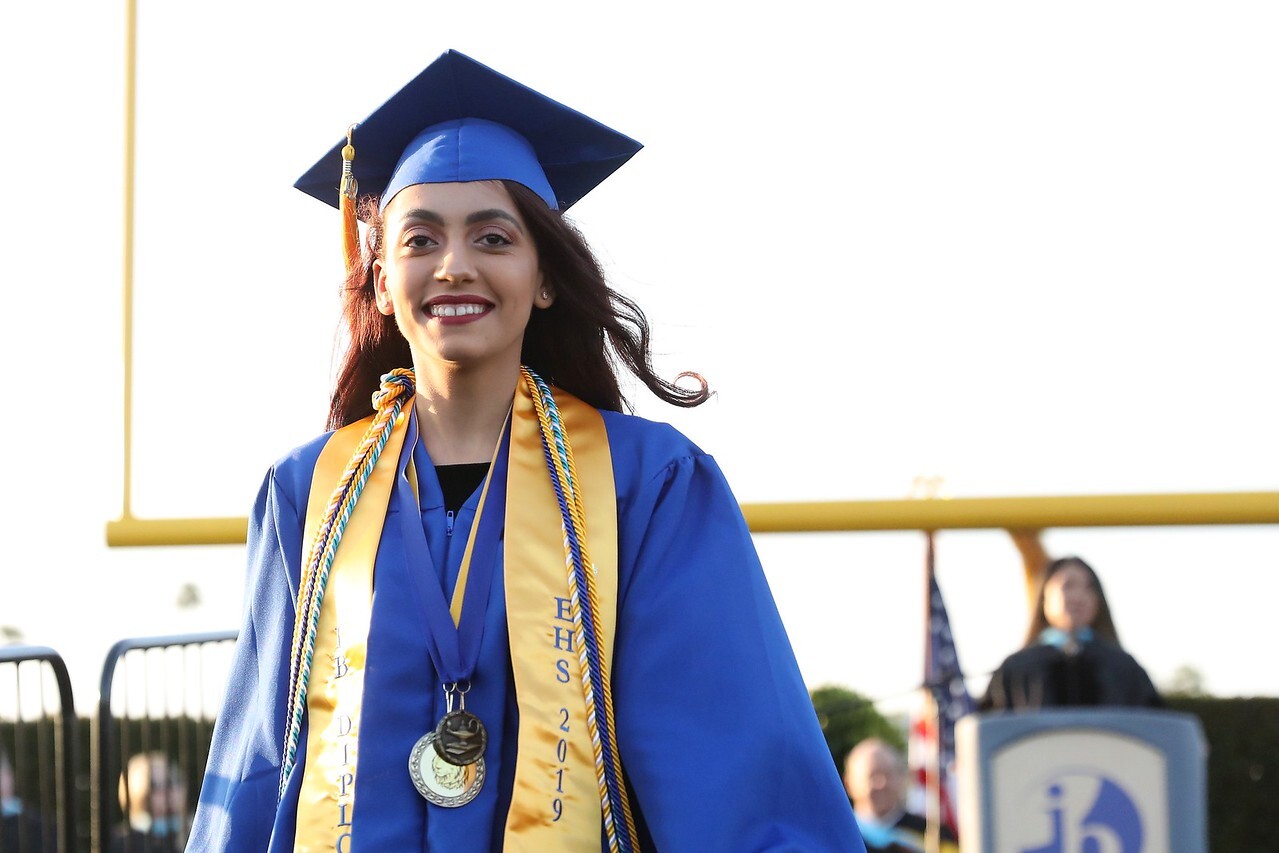 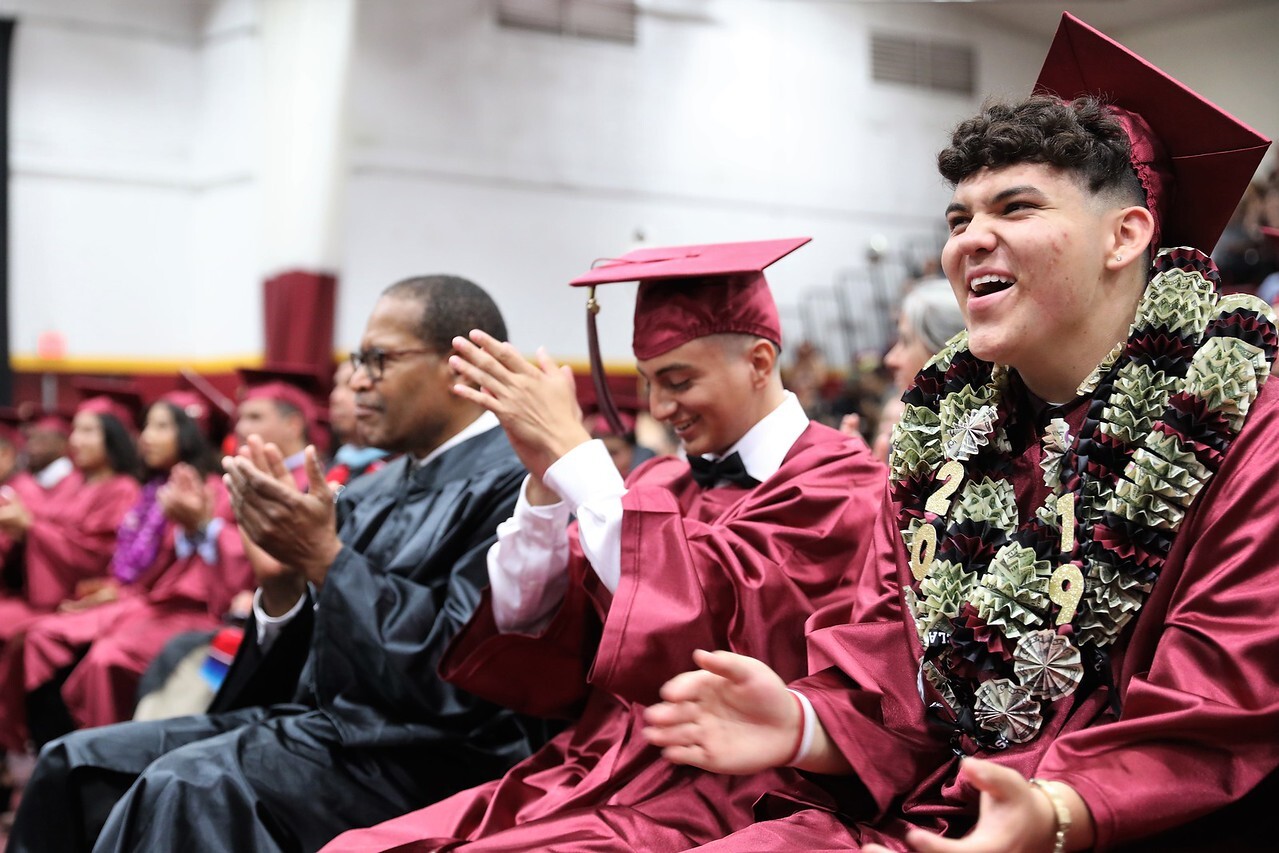 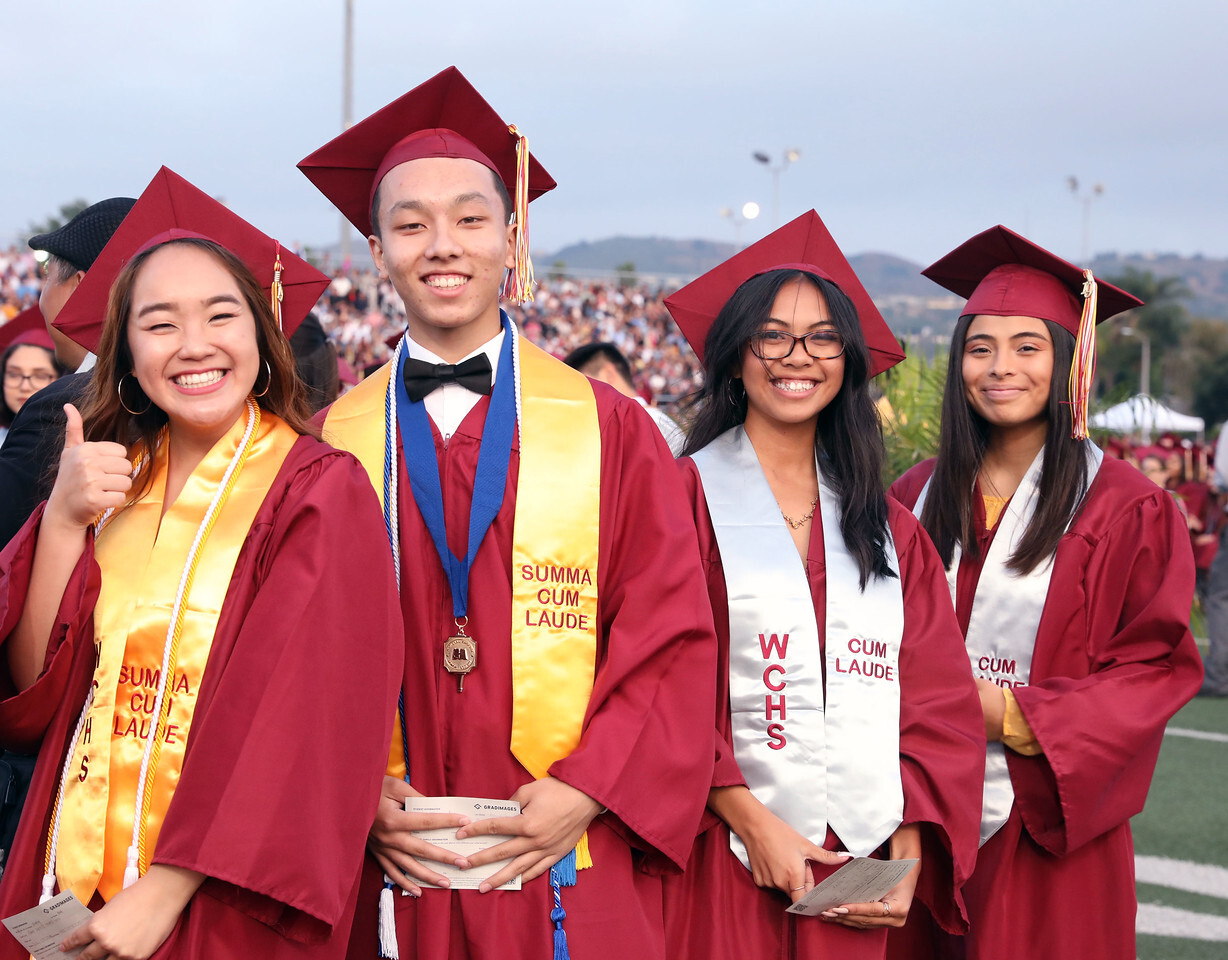