Lynwood – Jon Bernthal, the lead actor in “The Punisher” television series who previously starred in “The Walking Dead”, was once a struggling high school student in the Washington D.C. area with a distaste for the classroom. Then, Bernthal stumbled upon a drama class that helped him discover his life’s passion.

Today, Bernthal throws himself into his acting roles, and has credits that include “Daredevil”, “Baby Driver” and “The Wolf of Wall Street”. Bernthal shared his story of success with about 75 drama students from Firebaugh High School and Lynwood Middle School on Feb. 6 at Firebaugh.

“I was pretty closed off and acting has really opened me up,” Bernthal said. “I’ve come to a place where I feel like strength and courage is about being open and listening to people with different points of view who maybe grew up differently than you did.”

Bernthal credits his high school acting teacher for helping to shape his life. He said he now wants to share the lessons he learned about finding your passion. He brought his message to Lynwood through a connection with local author Ryan Gattis, who has written about the community and suggested Bernthal make the visit.

Lynwood students picked Bernthal’s brain about all things personal and professional during a Q & A session in Firebaugh’s auditorium that touched on working with Leonardo DiCaprio and Martin Scorsese. He even gave tips for auditioning.

“This was my first time ever getting to ask questions of a professional actor, so it was a real learning experience for me,” Firebaugh senior Cesar Flores said. “It was inspiring to hear about his life and know that finding what motivates you can change your life.”

Flores is an aspiring filmmaker who refines his craft through the school’s International Baccalaureate Theatre Class. Firebaugh also offers a Young Actor’s Guild after school program that allows budding actors and writers to showcase their work during monthly performances.

“Our performing arts programs allow our students to explore their creativity and create worlds that solve problems,” Lynwood Unified Superintendent Gudiel R. Crosthwaite said. “Jon Bernthal is the perfect example of how the arts can resonate with a student and lead them down a path of success.”

Bernthal said his success can be attributed to finding his own unique path. He implored Lynwood Unified students to aggressively pursue theirs as he ended the day by posing for pictures.

“We are thankful for the time and inspiration that Jon Bernthal generously gave to our students,” Lynwood Board President Alfonso Morales said. “Our students left today’s session excited to pursue their passions and learned more about what it takes to be successful in the film industry.”

020818_LUSD_JONBERNTHAL1: Jon Bernthal, the lead actor in “The Punisher” television series, talks to Lynwood Unified students about his journey to success during a Q & A session on Feb. 6 at Firebaugh High School.

020818_LUSD_JONBERNTHAL2: Jon Bernthal, the lead actor in “The Punisher” television series, poses with Lynwood Unified students following a visit to Firebaugh High School on Feb. 6. Bernthal shared his path to acting with the students and encouraged them to find their own unique journey. 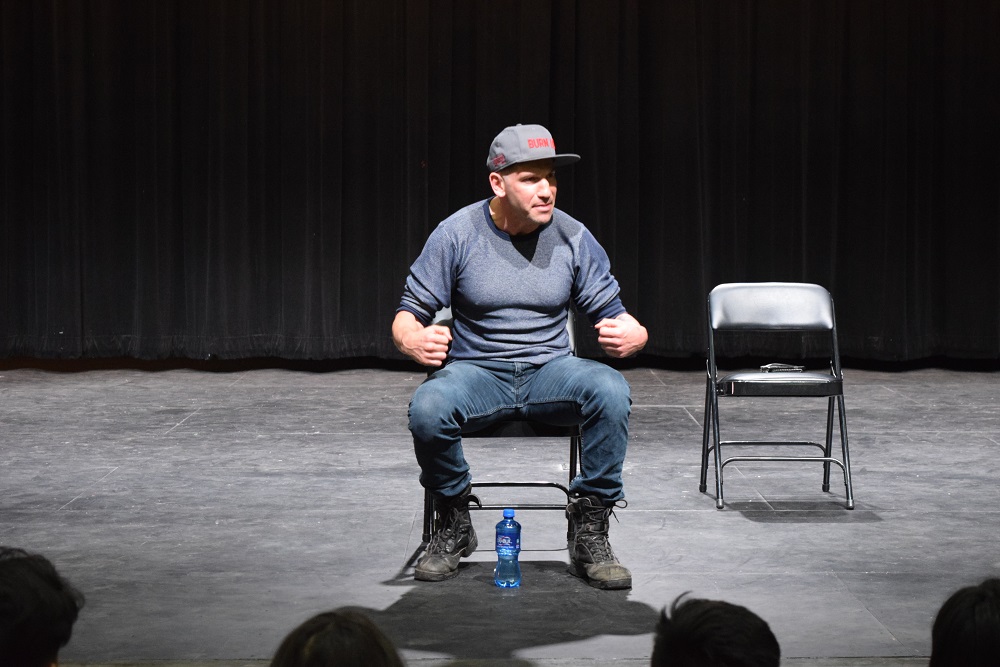 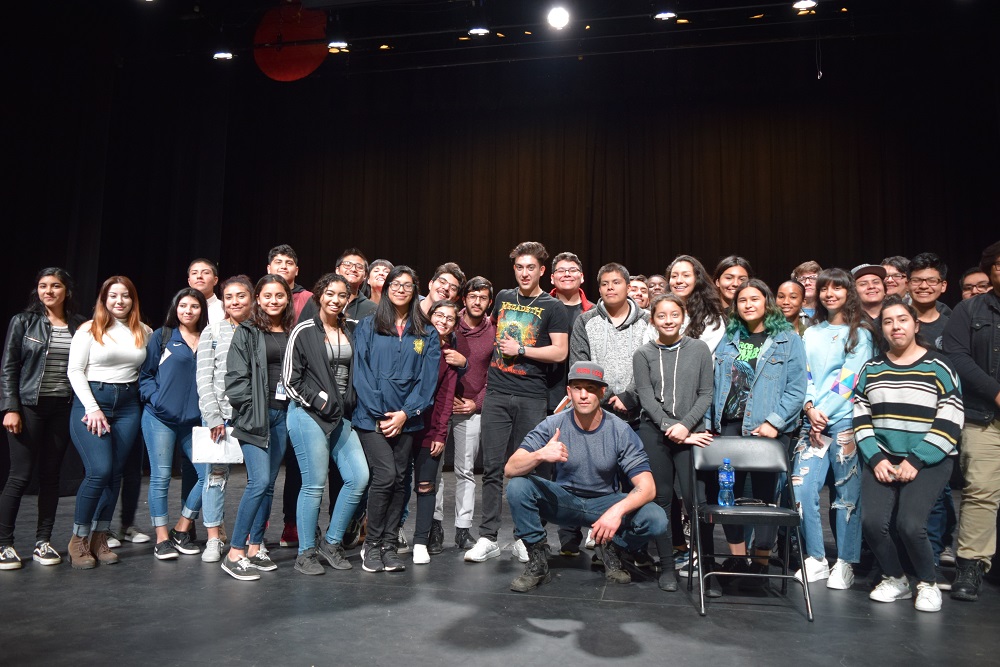