Lynwood – Senator Lena Gonzalez and Assembly Speaker Anthony Rendon walked the empty Lynwood Imperial Campus in amazement on Oct. 26, bewildered by the construction failures that led to a building collapse back in June 2020.

Lynwood Unified invited elected officials, which included the office of Congresswoman Nanette Barragan on Oct. 28, to view the vacated site as the District explores options for improvement while prioritizing the safety of students and staff.

“This school had major violations at the time it was built. We need to rectify those and move forward to make sure that this school gets rebuilt,” Gonzalez said.

Those violations included major structural shortcuts discovered during an inspection of the entire campus following last year’s collapse. The District now estimates it will cost $210 million for a rebuild and $248 million in total.

Lynwood Unified is asking legislators to support an application for a State Placement Grant as well as additional funds to offset the cost of the project while identifying those responsible for structural defects and recover expenses related to the rebuild, including potential litigation.

The elected officials were given an up-close and personal look at the faulty structures during a tour by Superintendent Gudiel R. Crosthwaite, District leaders, and construction management group Del Terra, which has assisted in plans for a rebuild.

“It’s important for me to see with my own eyes what’s happening here in this community,” said Rendon. “It’s a very important school for the District. So many students from the District come to this school. It’s very important to the city of Lynwood as well.”
Last year’s collapse, which fortunately happened during pandemic school closures, has left a deep impact felt across the District. The Board of Education and District quickly determined it was best to move approximately 1,900 high school students to the Lynwood Middle School campus, which underwent multiple upgrades to welcome high school students this past August.

Chris Gutierrez, a Lynwood High School senior planning to major in microbiology next year, was disappointed, like many of his peers, not to be able to finish his high school career at his familiar school home. Gutierrez said the chemistry labs at the new Lynwood High School Bullis site are not quite ready for use.

Former Lynwood Middle School students have been forced to combine with another of the District’s middle schools to accommodate the move.

From a financial perspective, the emergency updates to the new Lynwood High School Bullis campus deducted from needed improvements at schools throughout Lynwood Unified and has impacted the quality of facilities at sites across the District.

The District is now leaning on the support of elected leaders to help fund the restoration of an educational environment that produced the AP District of the Year award in 2017.

“We are calling on the advocacy of our elected officials to help right a wrong and ensure our students are not penalized for the mismanagement of others,” Crosthwaite said. “We believe that all students deserve an equitable education that should never be compromised by surroundings. We are grateful for the offices of Senator Gonzalez, Assembly Speaker Rendon, and Congresswoman Barragan for supporting our students, and look forward to working with them and others to rebuild and reimagine our facilities.”
PHOTO CAPTIONS

LUSD_LHSVISIT2: Senator Lena Gonzalez observes a faulty structure at the vacated Lynwood High School Imperial Campus on Oct. 26 during a tour of the school’s vacated Imperial site following a building collapse in June 2020. 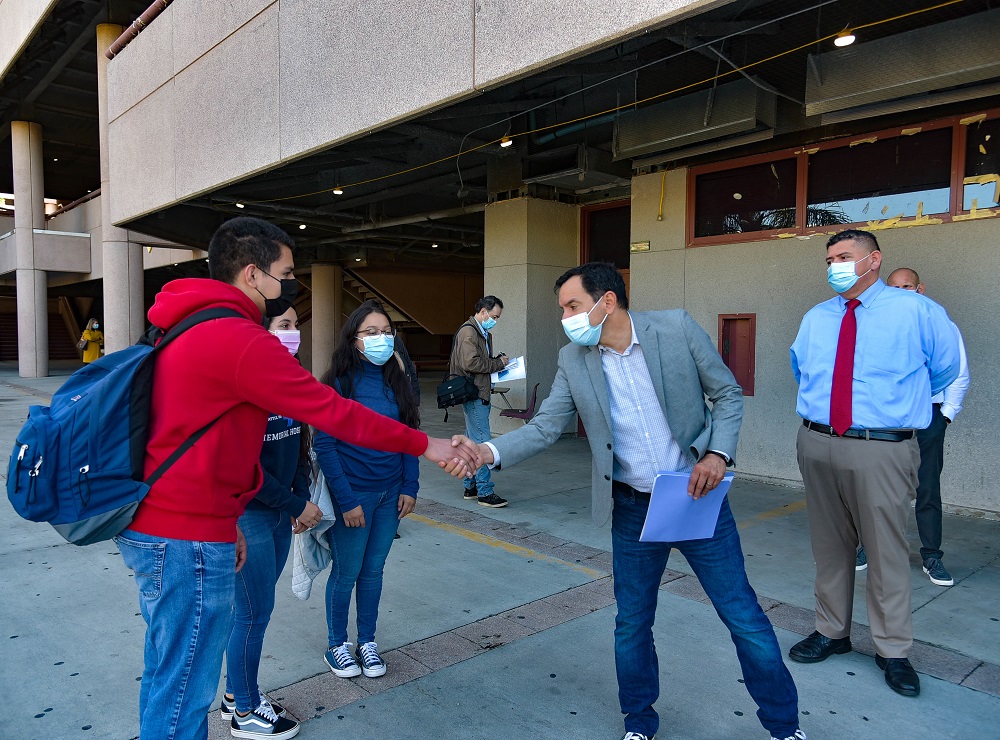 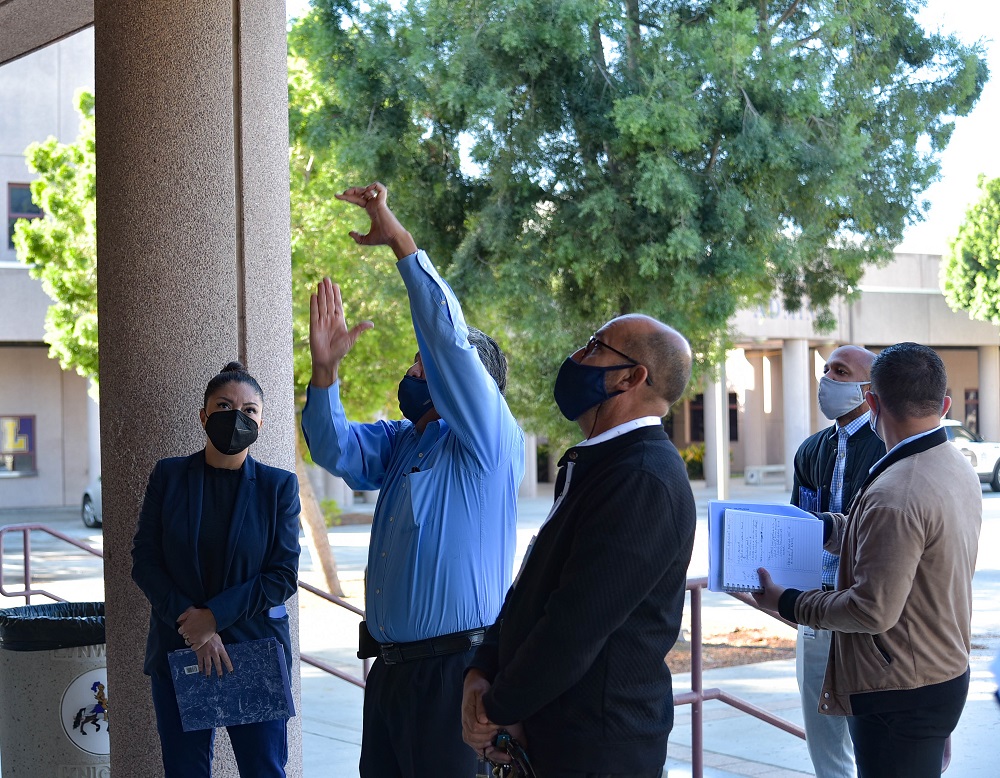