Tang faced off for 10 rounds with other fourth- and fifth-graders in friendly competition at the 11th annual Coolidge Spelling Bee on March 9, winning with his spelling of “plagiarize.” Fourth-grader Miley Shian Trinh and fifth-grader Kaden Chan took second and third place, respectively.

“I was really nervous and the words were difficult, but I practiced hard every week to prepare,” Tang said.

Coolidge hosts the District’s only elementary school spelling bee and invites all fourth- and fifth-graders to participate. This year, 13 Coolidge students accepted the challenge.

Students began preparing for the bee in November, when they were provided a study list of 350 words. The words were organized into three sets of varying difficulty and were used in the early rounds of the competition.

The competition based at least two rounds on each set of words, which were randomly drawn, and eliminated students after one misspelled word.

“The spelling bee is just one of many elementary learning opportunities that allow students to test their knowledge in a fun and challenging environment,” SGUSD Superintendent Dr. John Pappalardo said. “Congratulations to each student who displayed great diligence in preparing for the bee, and best wishes to Kyle as he represents San Gabriel Unified in the county competition.” 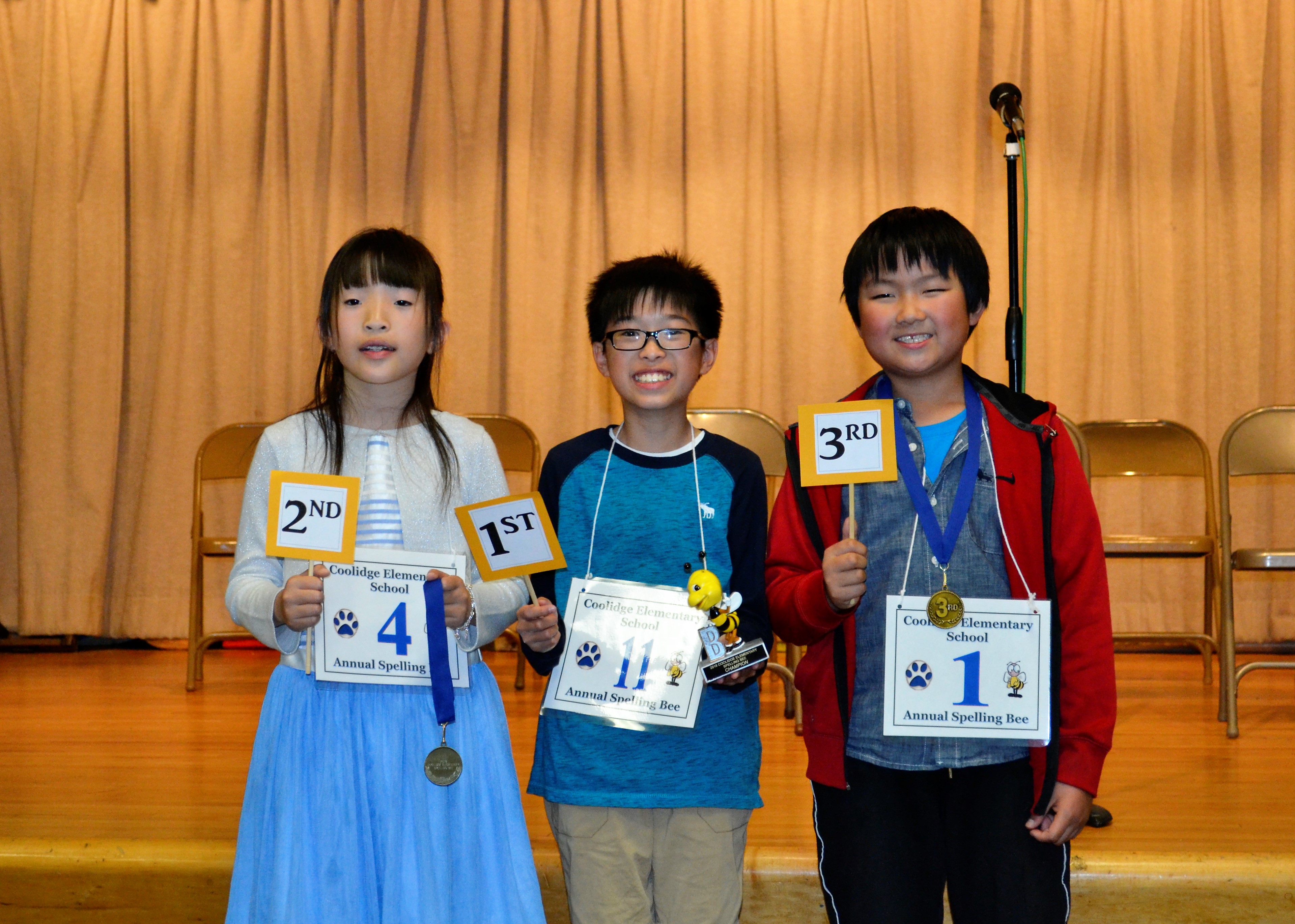