SAN GABRIEL, CA – Students from Gabrielino and Del Mar high schools recounted the struggles and triumphs they experienced on the path to graduation, earning tears, laughs and cheers during commencement ceremonies that celebrated nearly 500 graduates on June 6 and 7.

“The Class of 2018 has awed us with their academic excellence, dedication to service and determination to tackle any challenge life throws their way,” SGUSD Superintendent Dr. John Pappalardo said. “We wish our graduates the best of luck as they continue their education, begin vocational training or enter the professional world.”

Valedictorian Bianca Lee – a National AP Scholar and golfer who excelled in speech and debate, Future Business Leaders of America and Model UN at Gabrielino – will study business administration at UC Berkeley. Lee was named to Gabrielino’s Athletic All-Academic Team, received the Girl Scouts Gold Award and President’s Academic Award for her achievements.

Leon Tran, a National AP Scholar and National Speech and Debate Association Academic All American, was named salutatorian. Tran, who created the summer robotics program at the San Gabriel Public Library and a robotics program at Dewey Elementary, will further explore his interest in computer science at Stanford University in the fall.

Student speakers Kaylin Tran and Annabelle Cook reflected on how they changed for the better during high school, before encouraging classmates to strive to change the world “Right Here, Right Now” – a callback to Gabrielino High’s 2018 motto.

“Use the invaluable lessons that we’ve learned during our time here, and make the most of every moment,” Kaylin Tran said. “Write your own narrative, whatever that may be … it’s not about being the best, it’s about being your best.”

Three graduates stepped up to the podium during the continuation school’s emotionally charged ceremony and thanked their families, friends and teachers for their support.

Araceli Castro wiped away tears as she thanked her parents for immigrating to the United States when she was a child to give her a better life and lauded Del Mar students and staff for not letting her give up on her education.

“It has been a bumpy road for all of us … two years ago, I didn’t see myself here on this stage or anywhere ready to graduate,” Castro said. “Thank you to all my teachers, counselors, all the Del Mar staff, thank you. You will always be in my heart. You guys are the reasons I was able to make it this far.”

All of Del Mar’s 30 graduates – including two juniors who graduated early – have enrolled in college, begun career technical training or enlisted in the military.

061118_SANGAB_GRAD2: A Del Mar High School student celebrates his successful pursuit of a diploma after the continuation school’s graduation ceremony on June 7. 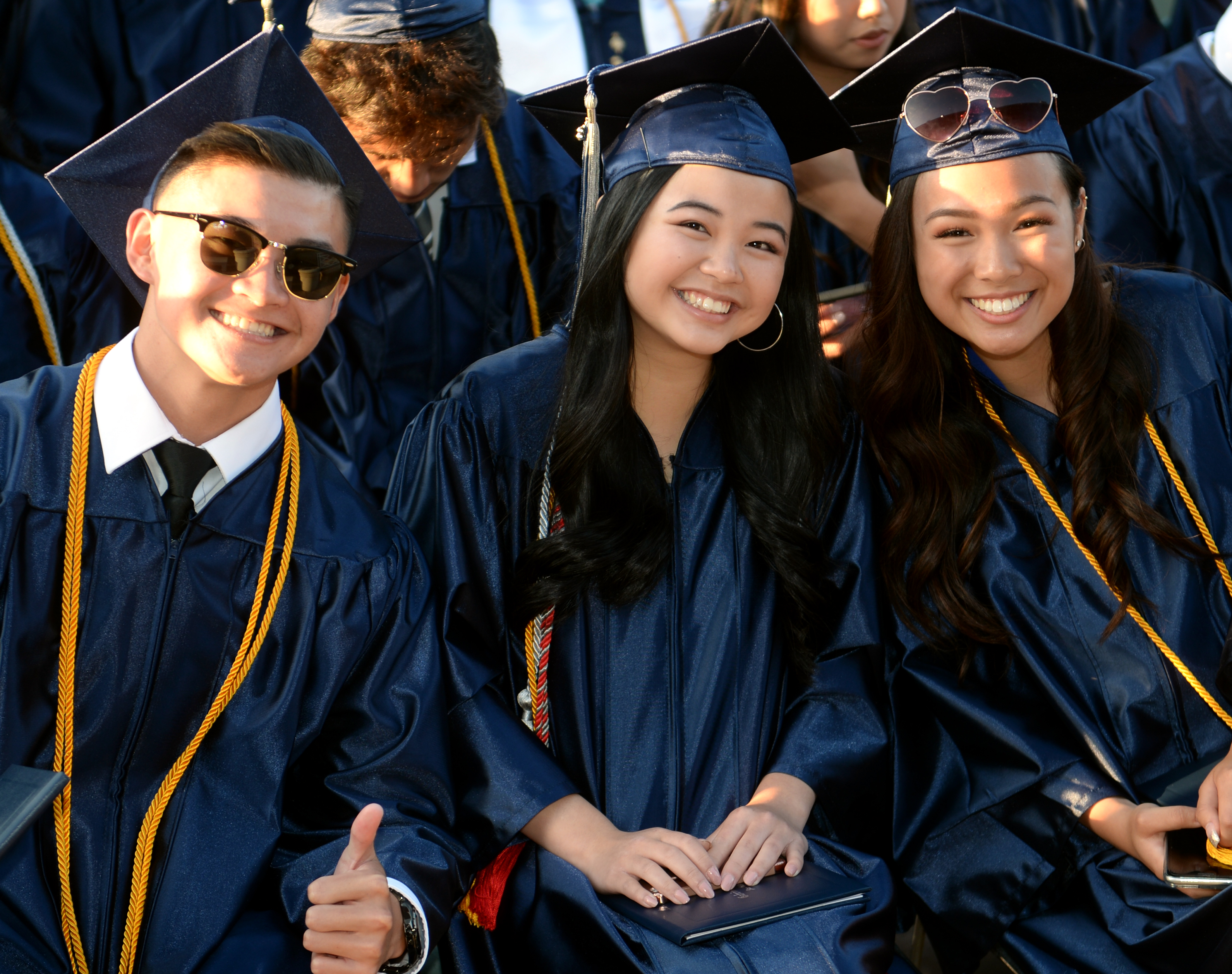