SAN GABRIEL, CA – Coolidge Elementary second-grade teacher Mary Ann Voltaggio’s passion for education – which began when she was a 5-year-old playing “school” – grew into a 44-year career teaching students in the very community where she grew up.

A longtime San Gabriel resident, Voltaggio has spent half of her teaching career at Coolidge, where she is known as a compassionate educator, proactive team member and patient mentor.

To honor her 22-year legacy at Coolidge and upcoming retirement, Voltaggio was recognized in March with 15 other Los Angeles-area teachers with a Leader In Me leadership award, given to pioneering educators at schools who practice The Leader in Me principles.

“Mary Ann is truly the life of the school and we wanted her to know how much of an impact she has made,” Coolidge Principal William Wong said. “She demonstrates the initiative, empathy and community pride that we want our students and staff to embody.”

Voltaggio was also recognized for her role in bringing The Leader in Me framework – which teaches students life skills, such as leadership, responsibility, problem-solving, adaptability and communication – to Coolidge in 2017.

Founded nearly six years ago, the program is based on Franklin Covey’s book “The 7 Habits of Highly Effective People,” which synthesizes universal principles of personal and interpersonal effectiveness.

“It’s something I think we should have in every school, as it teaches students and staff to be collaborative, cooperative and openly communicative with others,” Voltaggio said. “It’s already changed my life and I’m excited to see how it will transform Coolidge.”

The program, which will roll out in stages over several years, teaches students concepts that Voltaggio has always tried to instill in her students.

Through spirit assemblies and other schoolwide events and in-class activities that integrate the concepts into curriculum, students are empowered to take on leadership roles, become active listeners, set goals and support their peers.

“These habits will help elementary students prepare for the challenges of middle and high school, but it also helps them become college and career-ready,” Voltaggio said. “It’s always been my mission to teach my students how to be a better person and I’m excited that this program will continue to teach that lesson in a profound way.”

Although Voltaggio is retiring in June, she plans to return to Coolidge next year as a coach to help teachers and staff implement Leader in Me concepts.

“Mary Ann Voltaggio leads by example and embodies the values that represent San Gabriel Unified,” SGUSD Superintendent Dr. John Pappalardo said. “Congratulations to her on her well-deserved recognition and on creating a legacy of leadership at Coolidge Elementary.”

042718_SANGAB_VOLTAGGIO: Coolidge Elementary second-grade teacher Mary Ann Voltaggio, beloved by her students and colleagues, was recognized in March with 15 other Los Angeles-area teachers with a Leader In Me leadership award. Voltaggio, who has taught at Coolidge for 22 years, will retire in June. 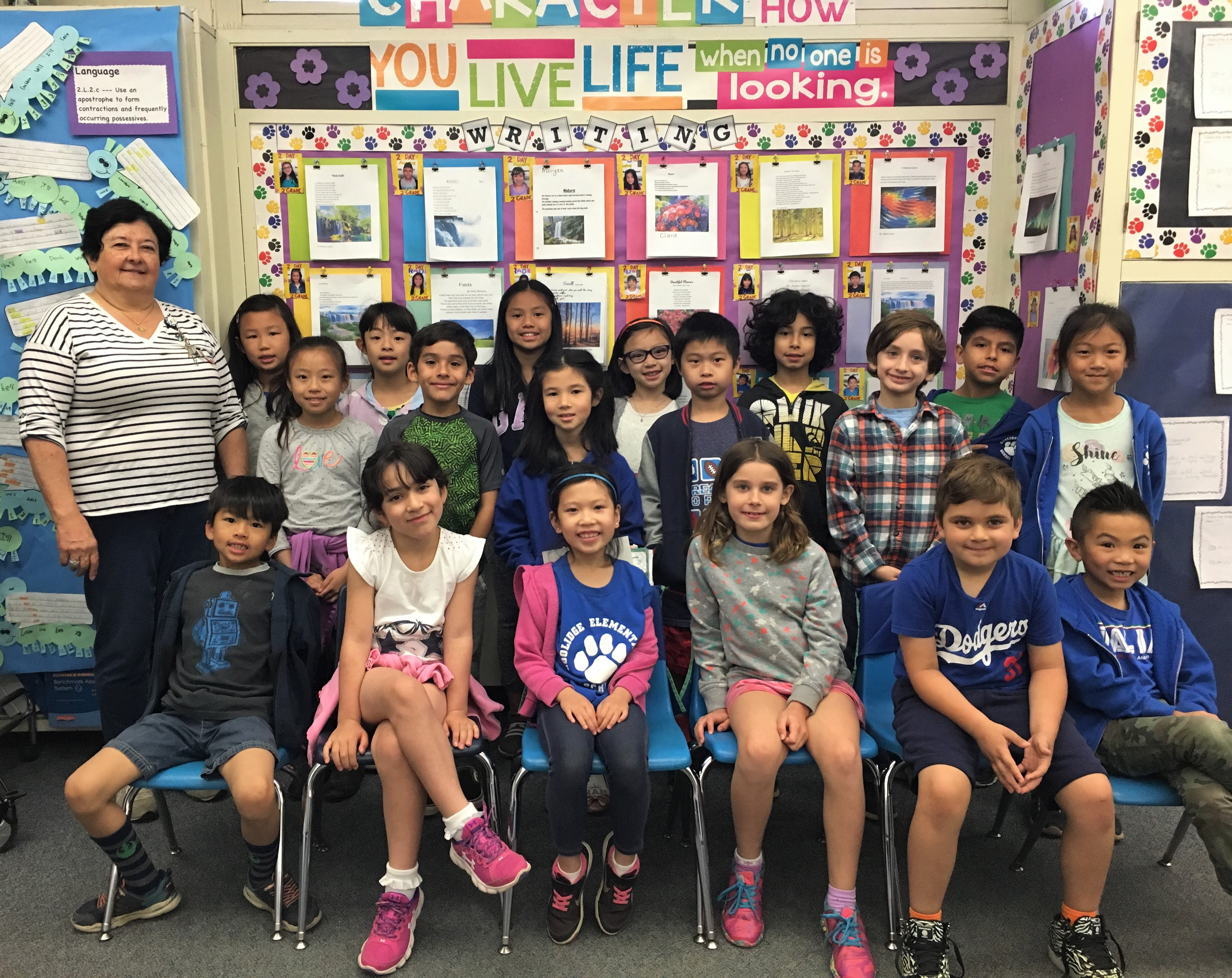