SAN GABRIEL, CA – Budding cellist Melanie Hsiang will receive the once-in-a-lifetime opportunity to perform at Carnegie Hall on June 23 as part of the Honors Junior Orchestra, which brings together exceptional young musicians from across the world to perform as an ensemble under a master conductor.

Hsiang, who will begin ninth grade at Gabrielino High in the fall, became interested in music during a pre-band course when she was in fifth grade. She discovered the cello at Jefferson Middle School in sixth grade and began private lessons shortly after.

“I love the feeling of freedom and expression that playing the cello gives me,” Hsiang said. “When I first started playing, I didn’t think I was anything special, but I’ve worked hard and have had teachers who believed in me along the way. This opportunity feels unreal, and I’m honored to be part of it.”

The Honors Junior Orchestra is one of several ensembles that will perform in the 2018 Honors Performance Series. Presented by WorldStrides OnStage programs, the series invites middle- and high-school vocal and instrumental musicians to perform at celebrated concert venues, such as Carnegie Hall and the Sydney Opera House.

Students must be nominated by a teacher to audition; Hsiang was first nominated as an incoming sixth-grader by Rachel Chew, SGUSD’s fifth-grade strings teacher and Jefferson’s choir director. Hsiang decided not to apply as a sixth-grader, opting instead to practice for two years until she knew she was ready.

“Melanie is incredibly talented, and I am so proud of her for pursuing this opportunity to become an even better musician,” Jefferson orchestra teacher Esther Minwary said. “I hope that all my students realize the joy music can bring to their lives and are empowered to continue developing their talents as well.”

Hsiang and her fellow musicians were given seven pieces of music to learn over the course of six weeks. The students will rehearse as an ensemble – under the direction of conductor Curt Ebersole – five times before performing on June 23.

While in New York, participating students will also have the opportunity to see a Broadway show and visit the city’s famous landmarks before enjoying a post-performance celebration in Times Square.

“The arts are a cornerstone of education in San Gabriel Unified, and we are proud to see students like Melanie Hsiang go above and beyond to pursue advanced learning opportunities,” SGUSD Superintendent Dr. John Pappalardo said. “Congratulations to Melanie on her well-deserved place in the Honors Junior Orchestra.”

061318_SANGAB_JEFFERSON_HSIANG: Melanie Hsiang, a soon-to-be freshman at Gabrielino High, will have the opportunity to play the cello at Carnegie Hall on June 23 as part of the Honors Junior Orchestra. 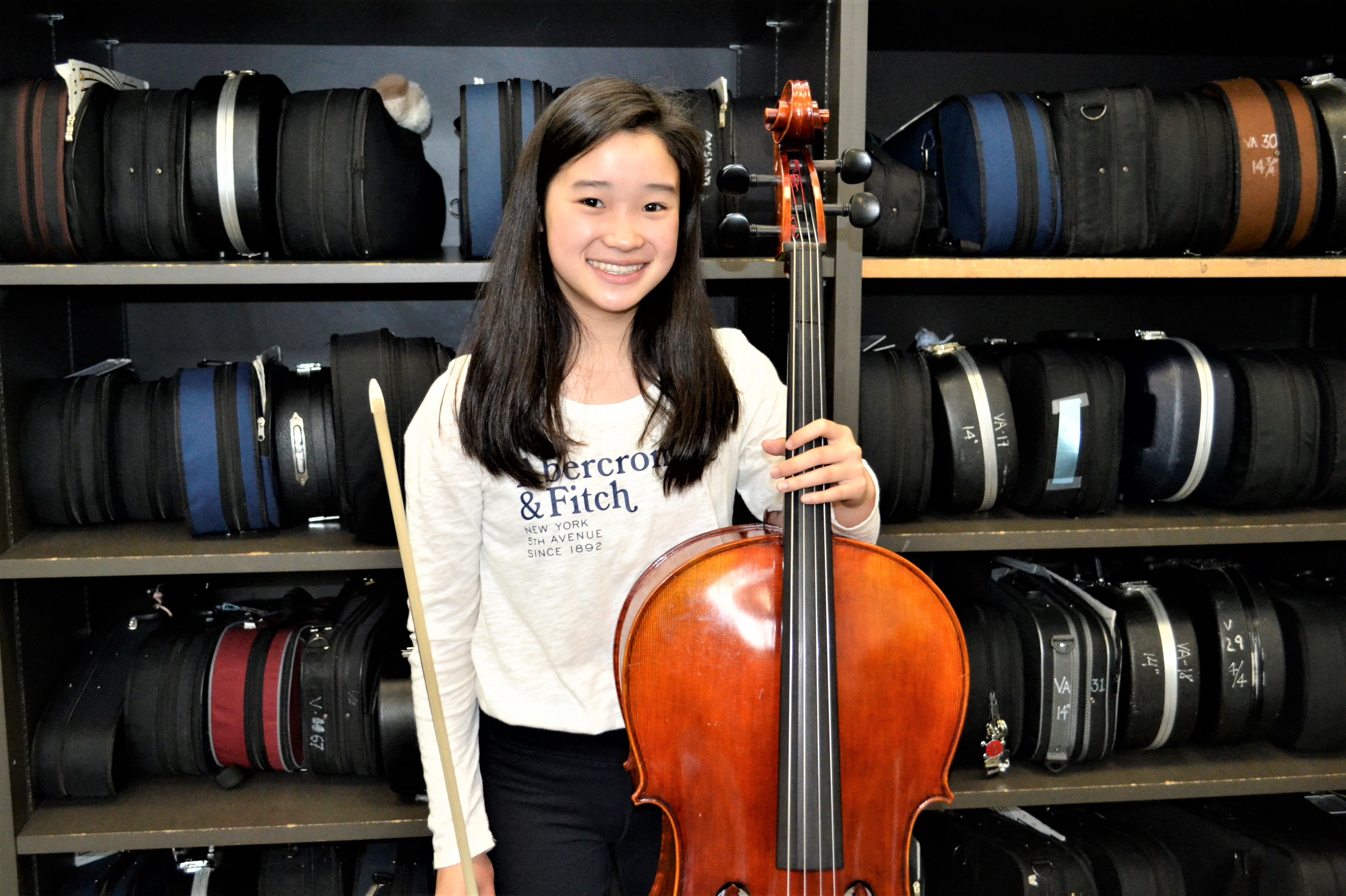