Over time, Wang’s distinctive basso vocal range has developed into an integral part of Jefferson’s Concert Choir, led by choir director Rachel Chew, and enabled Wang to expand his horizons as a singer and performer.

For the second consecutive year, Wang has been selected for the California Choral Directors Association (CCDA) Junior High/Ninth Grade All-State Honor Choir. Wang will sing with the exclusive choir on March 16 at St. Joseph’s Cathedral in San Jose as part of the CCDA 2019 State Conference.

“I am very excited to sing with the choir again,” Wang said. “I learned so much last year about vocal techniques and made many new friends. It was a wonderful experience. I’m so appreciative of the support I have received from Ms. Chew, my classmates and my family.”

Wang received one of nine CCDA scholarships, which will cover his participation fee, sheet music, T-shirt, four tickets to the concert and a recording of the performance. Nearly 300 students auditioned to be a part of the 2019 choir; 120 were selected.

“I could not be more proud of Eric; he is a tremendous singer and an enthusiastic pupil, always eager to learn more,” Chew said. “After Eric performed with the Honor Choir last year, he returned even more focused on improving himself and working to make the Jefferson choir an even stronger ensemble.”

After his winter choir experience at Coolidge, Wang began to search online for songs he could sing along to and memorize. Wang enjoys a variety of music styles, especially show tunes. His meticulous work ethic prepared him for the rigors of joining a middle school choir.

In Wang’s inaugural performance with the All-State Honor Choir, he marveled at the size of the choir and appreciated the long hours of rehearsal in preparation for the concert.

“What impressed me about the All-State Honor Choir was the amount of time we had to warm up and how our director gave us specific details on how to sing our parts,” Wang said. “The director gave me great instruction on how to breathe properly, imagining what to do with more air in my lungs and make my voice stronger.”

Wang is also a member of Jefferson’s speech and debate team, enjoys math and writing and hopes to attend Caltech.

“San Gabriel Unified believes the arts are fundamental to a well-rounded education, and we are proud to have Eric Wang represent our District at the state level,” SGUSD Superintendent Dr. John Pappalardo said. “Congratulations to Eric on this accomplishment and to Rachel Chew for her dedication to the Jefferson music program and its students.”

SANGAB_HONORCHOIR: Jefferson Middle School eighth-grader Wang was named to the California Choral Directors Association (CCDA) Junior High/Ninth Grade All-State Honor Choir for the second year in a row. Wang will perform with the choir on March 16 at St. Joseph’s Cathedral in San Jose. 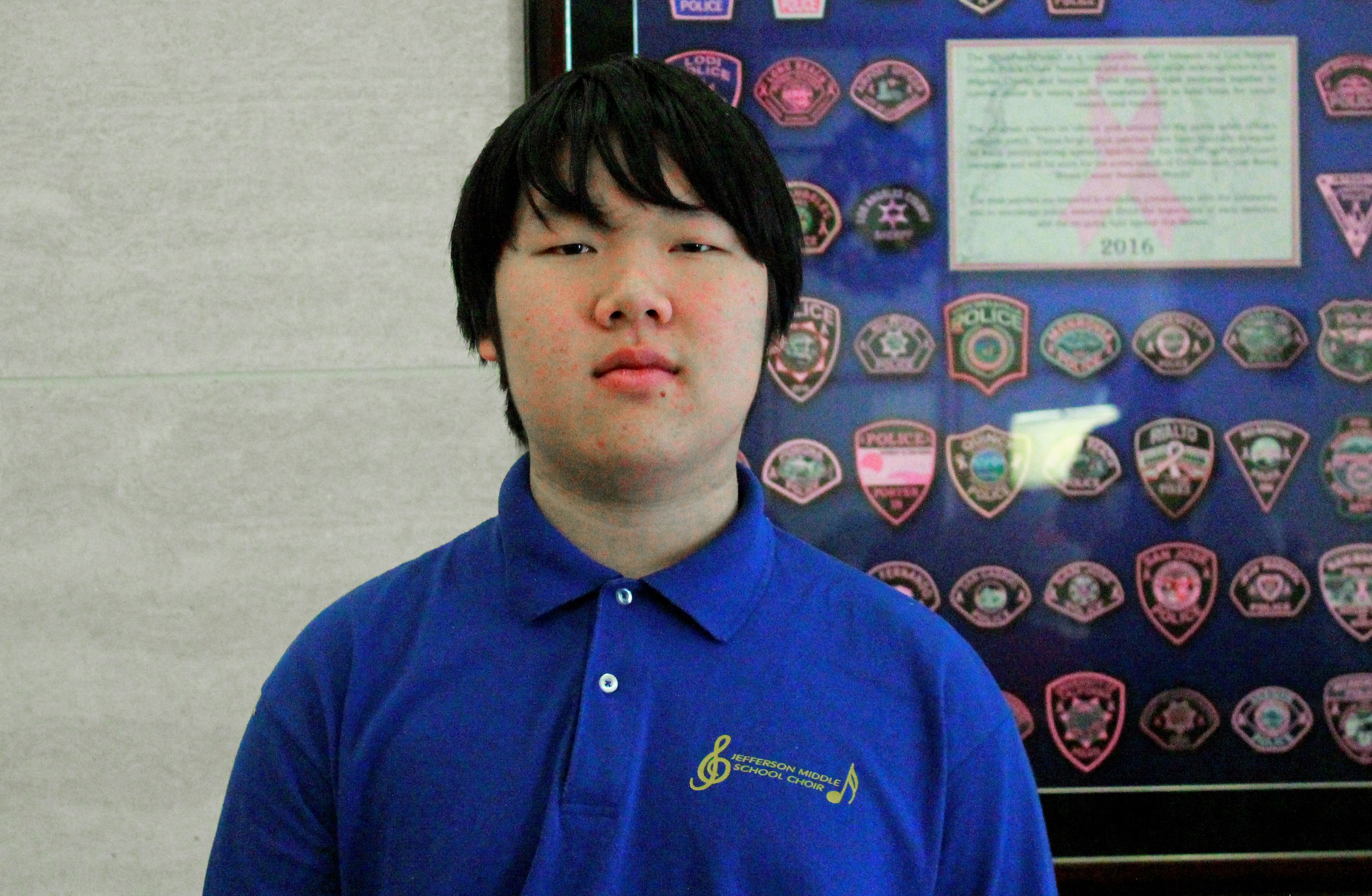