Formed in 2015, the MIE program enhances student learning and achievement through music education. San Gabriel Unified launched the program after bring inspired by El Sistema programs throughout the country, as well as recent Northwestern University research that discovered a positive link between music education and lifelong academic success.

“Music has a way of energizing an entire campus community, which in turn helps students thrive in many ways,” MIE Coordinator Samantha Theisen said. “They can practice empathy, patience, tenacity and make meaning of sound in music class, strengthening their learning. Roosevelt has amazing students and staff, great leadership and strong District support – all the elements that can help a program like MIE be successful.”

Roosevelt also saw improved performance among its English learners, among socioeconomically disadvantaged (SED), and their Special Education students in 2018.

MIE extends the school day to accommodate daily fundamental music lessons for all students and more than a dozen elective courses for second- through fifth-graders.

“We are very proud of the growth our students are making,” Roosevelt Principal Cheryl Labanaro Wilson said. “The entire faculty and staff at Roosevelt have worked together to build a culture of support and inclusion for all students. Our common goal is to maximize our students’ potential, talents, and creativity, within a nurturing environment.”

Developed by the multi-state Smarter Balanced Assessment Consortium, the computer-adaptive tests are the centerpiece of the California Assessment of Student Performance and Progress (CAASPP).

The tests are administered to students in grades three through eight and grade 11; they are aligned with California Standards adopted in 2010 and required in school instruction as of 2014-15. The standards challenge students to apply the knowledge and skills they are learning in the classroom, including writing, critical thinking and problem-solving.

“Music is a vital component of a well-rounded education, and we are thrilled to see our students thriving in a comprehensive music immersion program aligned with core national education standards,” SGUSD Superintendent Dr. John Pappalardo said. “Thank you to the outstanding teachers and staff who continue to support our students and encourage them to reach new academic heights.”

SANGAB_ROOSEVELT: Supported by an award-winning music immersion program, Roosevelt Elementary students improved their performance on California’s English language arts and mathematics standardized tests for the third year in a row. 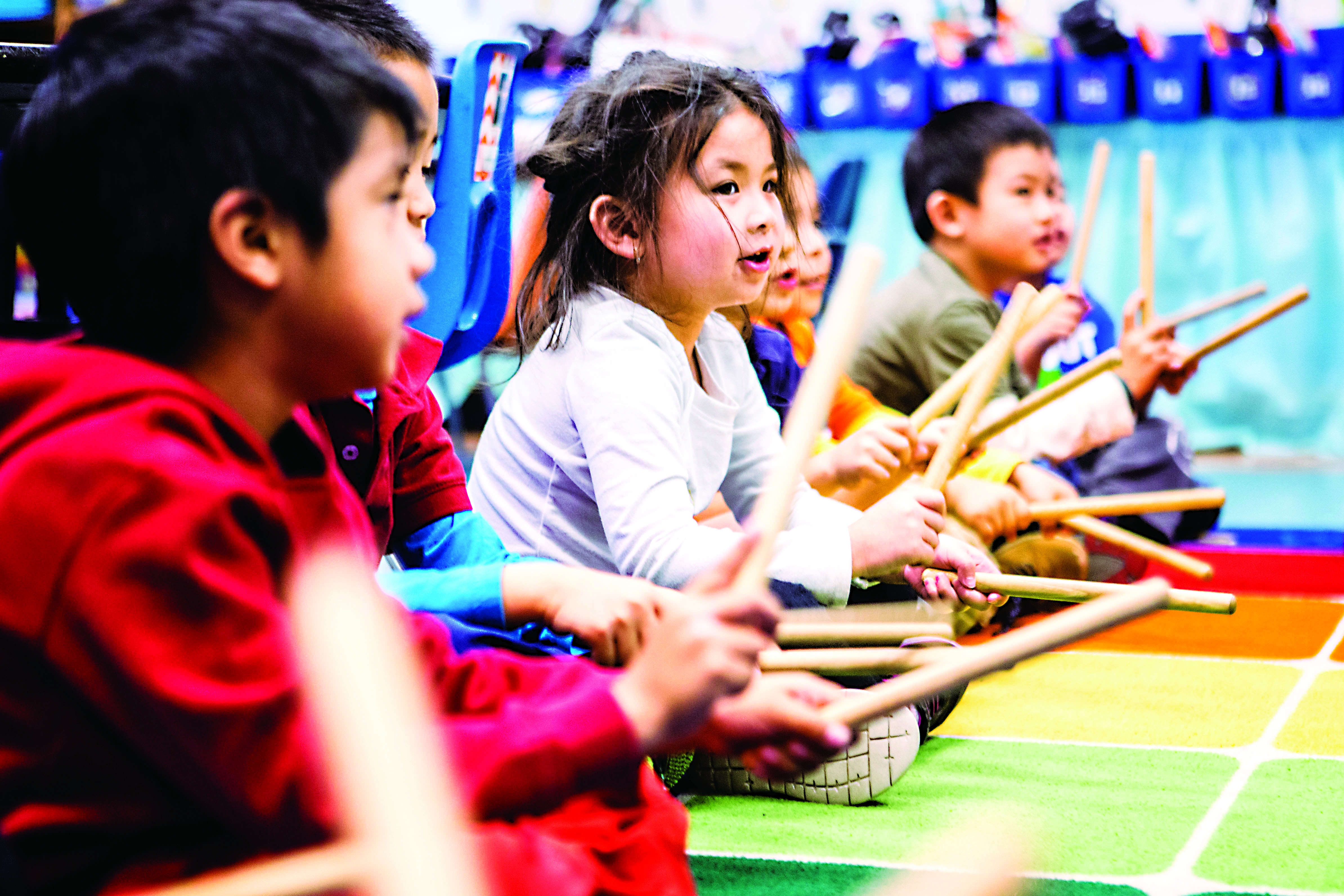