SAN GABRIEL, CA – Gabrielino and Del Mar high school students recalled their struggles and successes on the path to graduation during emotionally charged commencement ceremonies on June 4 and 6 celebrating 432 graduates.

“The Class of 2019 has raised the bar for excellence and awed us with their academic talents, commitment to helping others and resilience in the face of adversity,” SGUSD Superintendent Dr. John Pappalardo said. “We wish our graduates the best of luck as they take on new educational, personal and professional challenges.”

Valedictorian Mason Liu and salutatorian Wei Chi Chen – both AP Scholars with Distinction – were celebrated for their achievements. Liu earned a 4.66 GPA while becoming an Eagle Scout, serving as a marching band section leader, as an officer in campus computer science and math clubs, a California Scholarship Federation member, a Carollo Engineers intern and a Westbridge Technology Group developer. He will study engineering and computer science at UCLA.

Chen completed 255 units of credit – more than any other Class of 2019 graduate – while earning the California Seal of Biliteracy and serving as a member of Gabrielino’s UNICEF, Future Business Leaders of America, Key Club, National Honor Society, California Scholarship Federation, math club and HOSA – Future Health Professionals. She will study gastroenterology at UC Berkeley.

Student speakers Stephanie Rubio and Elijah Arizmendez Urias recounted the Class of 2019’s accomplishments and how Gabrielino students embody the characteristics of their eagle mascot.

“Every Eagle here at Gabrielino has powerful vision, an ability to visualize their target and goals and accomplish them no matter how impossible they may seem,” Arizmendez Urias said. “Every Eagle is fearless in the face of adversity and can overcome any challenge presented before them. Every Eagle will be tenacious; they do not throw in the towel when the going gets tough. Eagles fly high and never lay low; we continue to raise the bar further and faster.”

The continuation school offers every graduate the opportunity to give a speech during the ceremony; this year, five graduates stepped up to the podium and thanked their families, friends and teachers for their support during tearful speeches.

“It’s never too late to become what you’ve wanted to be if you start right now, one of the many things I’ve learned throughout the many, many lectures from my incredible teachers,” graduate Daniel Henriquez said. “I am grateful for every chance they have given me and for believing in me when I didn’t believe in myself.”

Del Mar handed out seven senior awards to celebrate student improvement and perseverance. Dominic Cazares, Ernesto Martinez and Jonathan Garcia received the Second Chance Award, given to students who embodied the spirit of Del Mar’s motto, “Where second chances happen.” Armando Talamantes – who served as Del Mar’s student representative on the SGUSD Governing Board – was named Student of the Year.

Twelve graduates were also awarded scholarships from community organizations, including the Kiwanis Club of San Gabriel, West San Gabriel Valley Association of Realtors, Sunny Slope Water District, Schools First Financial and the San Gabriel Special Needs Group. All of Del Mar’s 32 graduates have enrolled in college; this is also the first year in which no Del Mar students will return as fifth-year seniors. 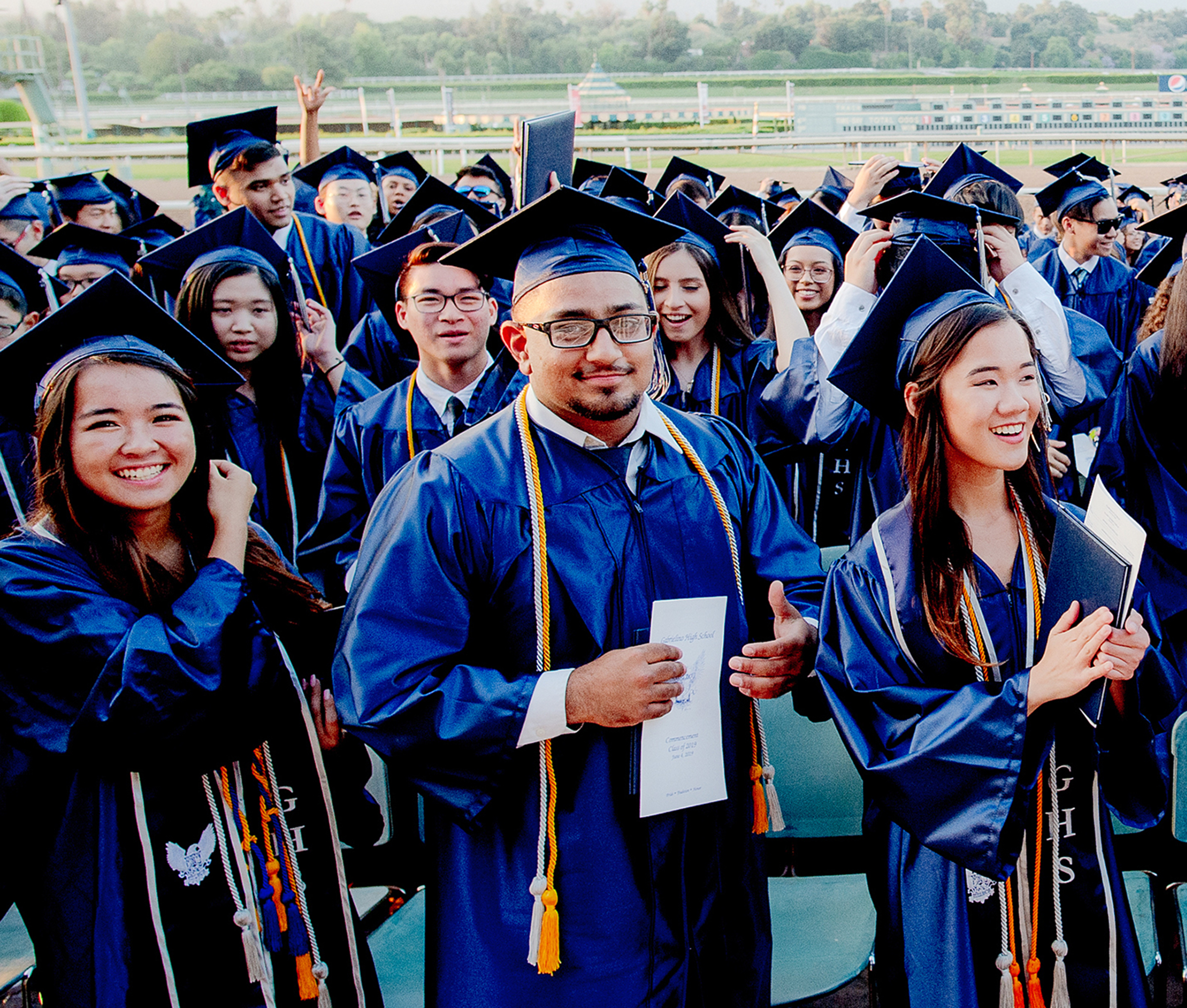 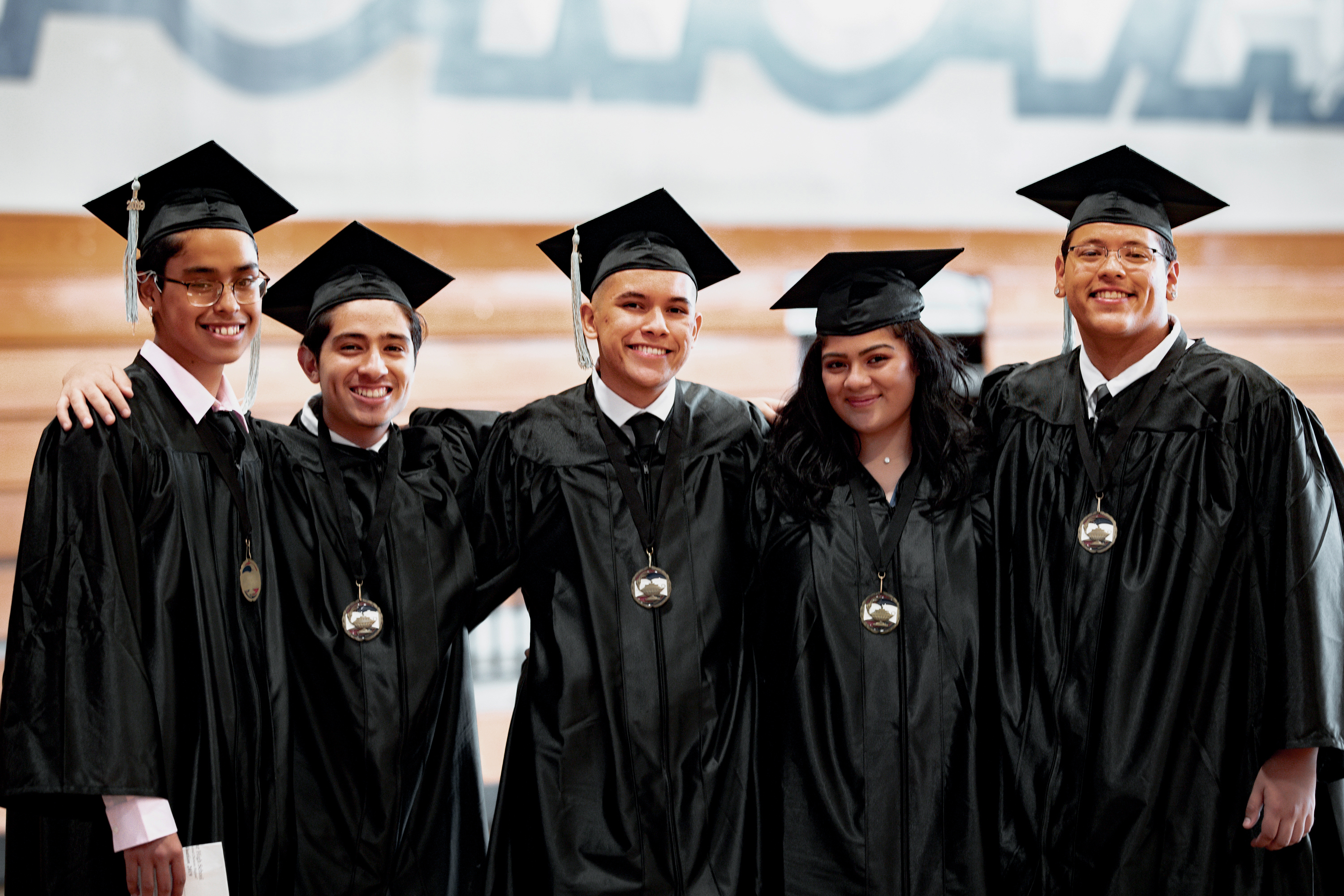