Reyes joined classmates Estevan Sandoval and Kianna Jimenez as representatives of Princeton for their school’s fourth annual College Fair on May 22. Nearly 650 Roosevelt students in preschool through sixth grade were taught college options by their peers, detailing school colors, mascots and programs of more than two dozen universities.

“Princeton is a very beautiful campus; it looks like a castle,” Reyes said. “The university also offers great clubs and activities, including equal sports opportunities for girls.”

The College Fair has been in the works for the entire school year, with each Roosevelt classroom adopting a college in the fall and researching its programs and major offerings. Students showcased their findings on large cardboard displays highlighted with pictures, pennants, maps and fun facts about their adopted schools.

“The college fair gives our students the opportunity to teach and learn about college life,” Roosevelt Elementary Principal Sandra Verduzco. “It also allows us to plant the seeds of higher education by giving our children a glimpse into college life.”

Roosevelt students adopted more than two dozen college campuses, from Ivy League schools and UC campuses to Cal State schools and the University of Alabama. Students made presentations on their college’s programs using visual aids such as pamphlets and graduation regalia.

Enrollment data, financial aid procedures and school demographics were often included in the college displays, along with representations of school colors, mascots and pictures of significant campus architecture. As classes toured the fair, college presenters attempted to get students to sign their name to a sheet that expressed interest in a school. Each college set a goal of achieving 30 signatures.

“Our District’s college-going culture begins at the elementary school level where we equip our students with the information that can help them begin dreaming of a successful future,” Lynwood Unified Superintendent Gudiel R. Crosthwaite said. “By inspiring them early we are providing them with a blueprint for success”

Throughout the tour, Roosevelt teachers announced college trivia questions over a microphone giving the students the chance to earn prizes. After visiting the College Fair, all Roosevelt students completed a symbolic application to the college they found most interesting.

“Through the College Fair, our students are learning much of what the college process entails and getting a jumpstart on their path to higher learning,” Lynwood Unified Board President Alfonso Morales said. “It’s never too early to begin stoking a child’s interest in pursuing college.”

052418_LUSD_COLLEGEFAIR1: Roosevelt Elementary School students show off their presentation of the University of North Carolina during the College Fair on May 22. 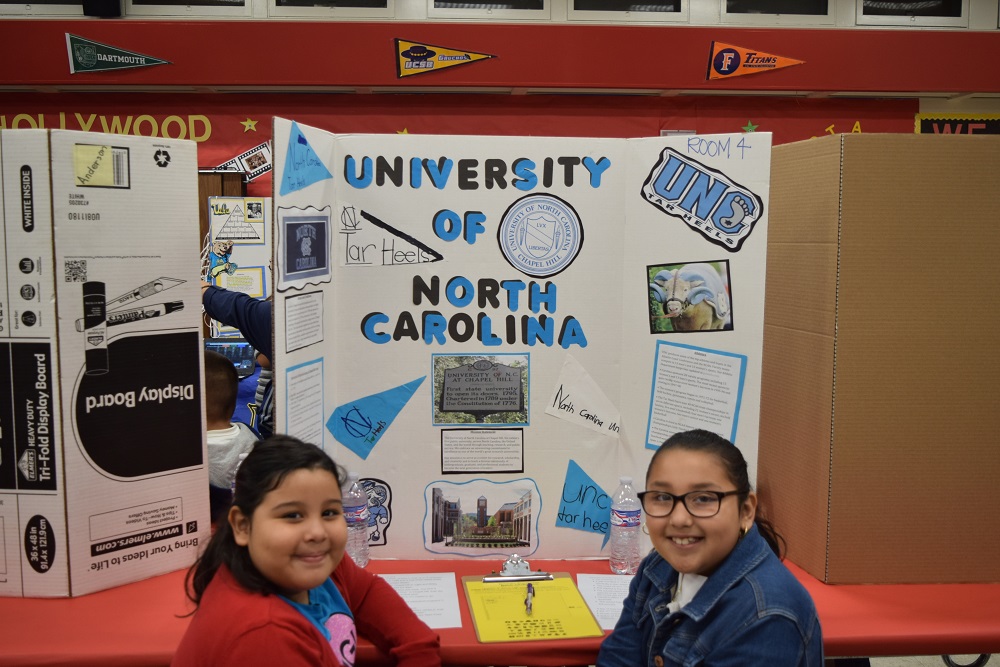 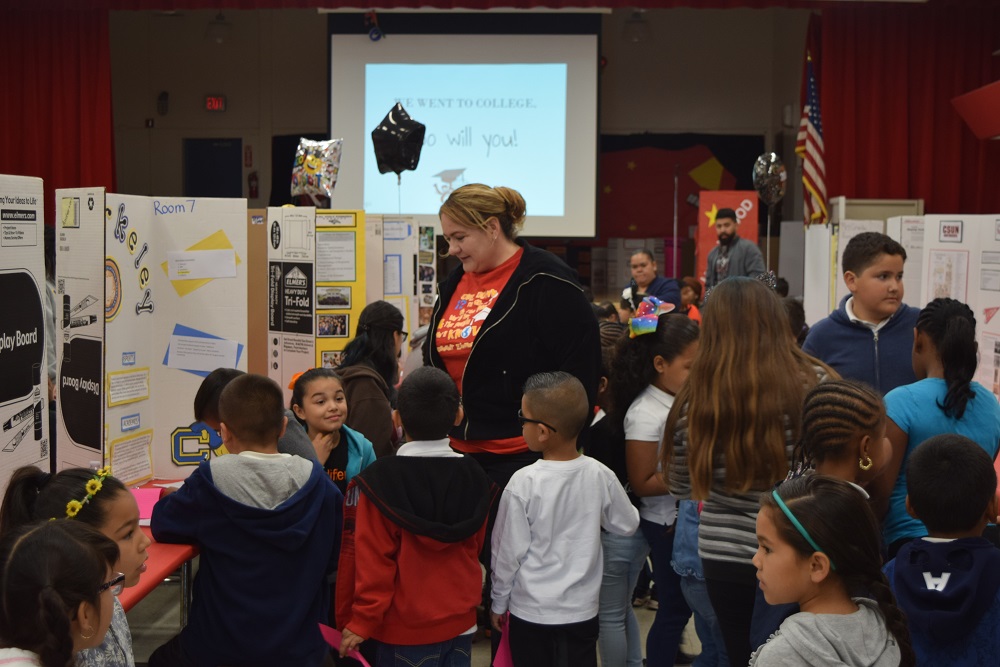