WHITTIER – When Kahanu Zimmerman graduated from Río Hondo College Fire Academy’s Emergency Medical Technician (EMT) program in 2019, he never dreamed that less than a year later he would be employing his disaster training in the epicenter of a global pandemic.

In April, Zimmerman, who is an EMT with a Southern California ambulance service, volunteered to join a FEMA call to action and was deployed to New York City. For two weeks, Zimmerman ran intra-facility transfers between NYC hospitals in the Bronx, transporting patients, most of whom were COVID-19 positive, and helping to ease overcrowded conditions.

Zimmerman also made trips to the airport to pick up emergency supplies of oxygen, ventilators and personal protective equipment and deliver them to hospitals. Zimmerman and his partners witnessed chaotic scenes in the ER and saw many patients die even before they could be properly treated.

Zimmerman also spent two weeks on 911 duty in Queens, working directly with the New York Fire Department, and was part of an EMT team that saved the life of a NY police officer after an accident that smashed the officer’s legs between two cars.

“The biggest lesson I learned at Río Hondo was to prepare for the worst. More than anything, that training helped me to do the best job I could in New York,” Zimmerman said. “What I saw in the emergency rooms was much worse than what you see on TV. Still, I feel proud that I was able to save lives and reunite families. That’s what EMTs train for, to make a difference.”

Río Hondo Fire Academy EMT program is designed to prepare students to pass the National Registry EMT exam. The rigorous curriculum includes 16 written tests, 35 hands-on skills tests, eight hours of observe-and-assist work in an ER and 16 hours in ambulance ride-alongs. The program is available as an eight- or 16-week course.

“Kahanu is a special person and we are extremely proud of what he has accomplished already in such a short time,” Río Hondo EMT Program Director Scott Jaeggi said. “His experiences are some of the most extraordinary and amazing stories I have heard. Kahanu is what we want all Río Hondo EMTs to aspire to be – fearless, prepared and ready to mobilize at a moment’s notice.”

Now back in Los Angeles, Zimmerman said he has had trouble coping with all that he has seen, including the death of two of his colleagues, one from acquiring the virus and one from suicide. Zimmerman credits coping mechanisms he learned at Río Hondo for helping him keep physically and emotionally fit during a time when he was at risk for acquiring the virus himself.

“I love spending time with my family. As an EMT you have to have a support system around you, people you can talk to and relax with,” Zimmerman said. “My message to EMT trainees is that studying is so important, and you need to keep your skills fresh. You never know when disaster will strike, but if you can handle the stress you will make a positive impact on so many lives.” 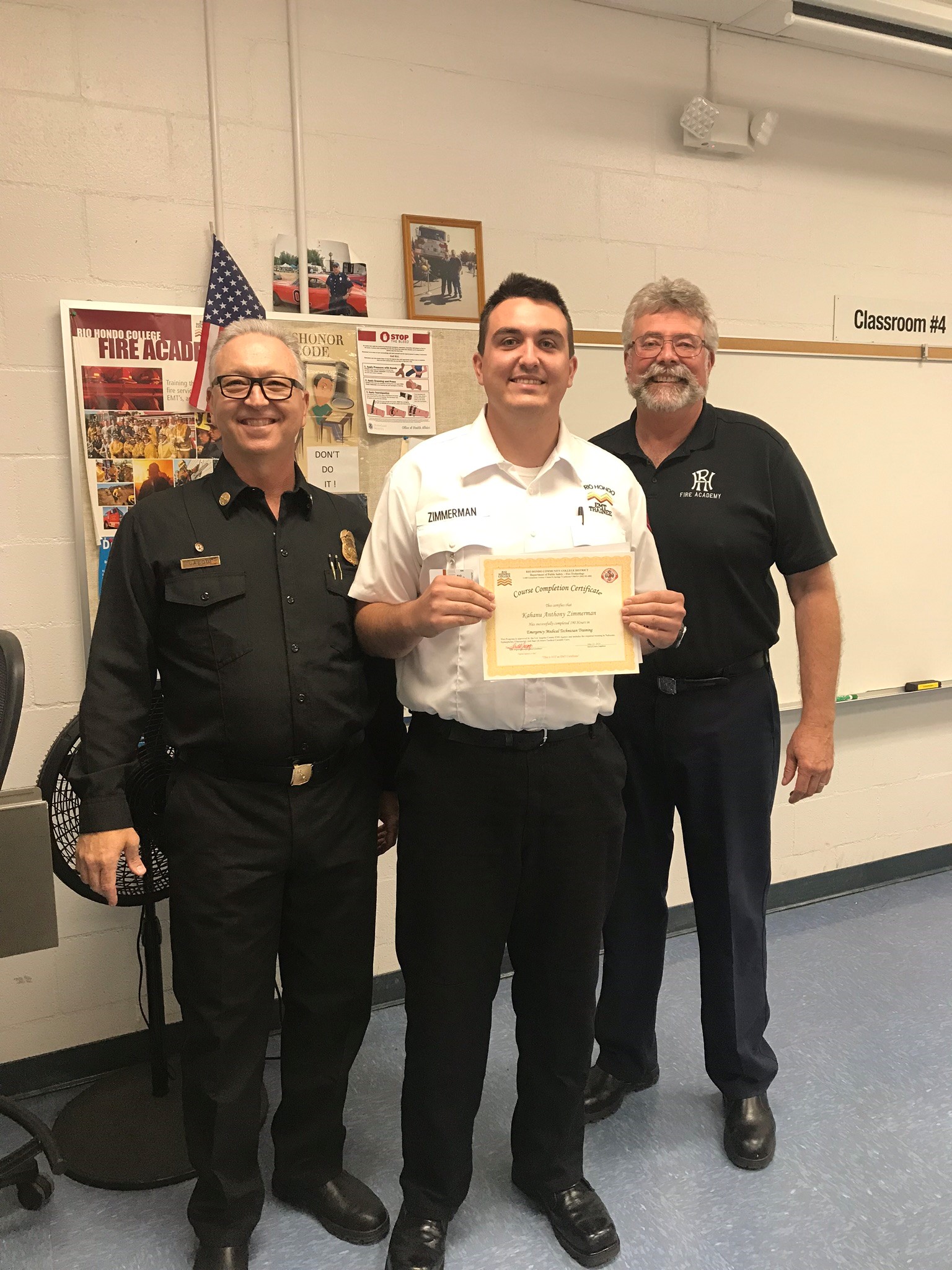