WHITTIER – Rio Hondo College’s Board of Trustees held an Oath of Office ceremony for one returning board member and two new members in front of a standing-room-only crowd of guests on Dec. 12 before naming new officers during a subsequent board meeting to lead the board through 2019.

Trustee Vicky Santana, who represents Trustee Area 2, opened the Oath of Office Ceremony with a warm welcome for guests and colleagues.

After taking the oath, García shared with guests that the College’s work is to reach out to those with the greatest need and ensure they have a pathway to success.

“I am proud to acknowledge what we have accomplished together at Rio Hondo College. We have made significant progress to create a college pathway for all students,” said García, who represents Trustee Area 1, which includes El Monte. “Rio Hondo has much of which to be proud.”

She noted the College’s accomplishments include its Pathway to Law School program, 27 associate degrees that guarantee admission to Cal State campuses and 140 certificate programs. In addition, the College sharply increased the number of students earning degrees that allow Cal State admissions. García praised Rio Hondo College Superintendent/President Teresa Dreyfuss for her pledge to offer two years of free tuition to first-time college students starting in 2018-19, an expansion of a one-year free tuition program launched in 2017-18.

“We must continue to build upon these successes,” García said.

Hahn also praised the College’s commitment to the community.

Lomeli, a Whittier resident and science teacher for 22 years, represents Trustee Area 3, which includes Whittier and South El Monte. She called for a unified approach in her remarks after taking the Oath of Office.

“I think we’re going to do great, but we do need to all work together to be able to achieve what we need to achieve with our students here,” Lomeli said.

Valladares, a deputy public conservator in the Los Angeles County Department of Mental Health, represents Trustee Area 5, which includes East Whittier. He gave his remarks in English and Spanish.

An immigrant from Guatemala who once faced deportation, Valladares said it has been his dream to be in a position to help others. He said he was honored the community chose him and thanked Hahn, Solis and his family for their support.

After the lively ceremony ended in the bustling Rio Café, the regular board meeting took place in the board room.

Once seated, the board named Trustee Gary Mendez as its new president, Valladares as vice president and Lomeli as clerk.

Mendez, who has served on the board since 1999, represents Trustee Area 4, which includes Los Nietos, Santa Fe Springs, South Whittier, North Norwalk and part of Whittier. He is a graduate of Rio Hondo College, where he served as a student member of the Board of Trustees. He is CEO of a nonprofit dedicated to serving children, youth and families in disadvantaged communities.

Mendez said he benefited from Rio Hondo College’s commitment to equity, diversity and inclusion as a student. He also praised his re-elected and newly elected colleagues for their passion, including Valladares, a former Dreamer.

“Students should know they are not alone, that people have taken these paths before. And now we have a formerly undocumented student who is a Board of Trustees member at a California community college. That is wonderful,” Mendez said. 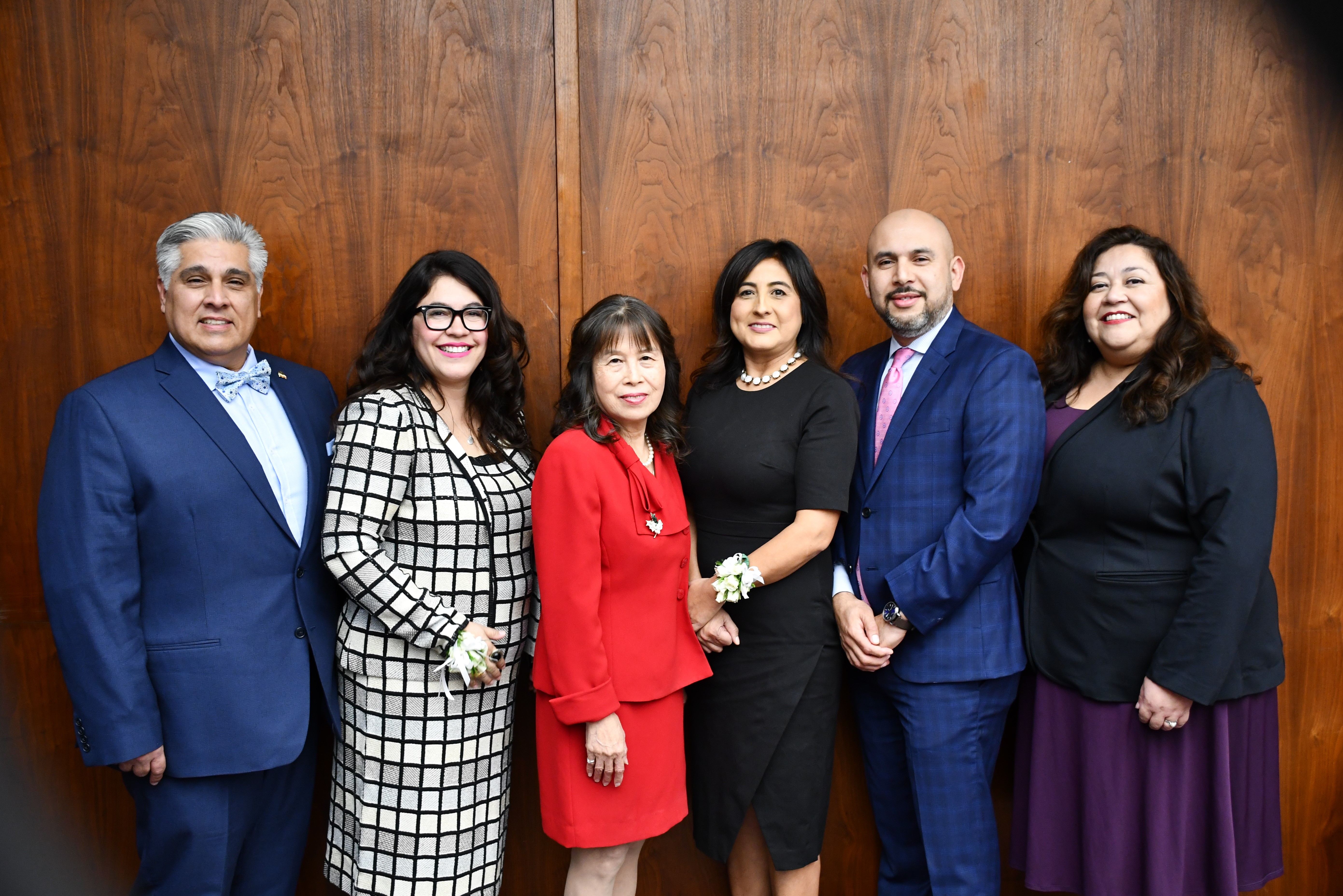