WHITTIER – Rio Hondo College Trustee Norma Edith Garcia will be honored on Tuesday, March 27 as Woman of the Year for the 22nd state Senate District for her contributions to the community.

Garcia, a trustee since 2013, was lauded for her work as chief deputy director of the Los Angeles County Parks and Recreation Department, a role she has held since 2016. She is the first woman to hold the role.
“I am honored to recognize Norma Edith Garcia as the Woman of the Year for the 22nd Senate District,” said state Sen. Ed Hernandez, who represents the 22nd District.

“Her tenacity and determination to fight for communities in California has helped enrich countless lives,” Hernandez said. “Due to her activism and local involvement, she is paving the way for future generations to have better access to green space, educational opportunities and economic empowerment. Thank you for all you do, Norma.”

Garcia, who holds a master’s degree in urban planning from UCLA, has promoted educational access as a trustee at Rio Hondo College. She co-founded the El Monte Promise Foundation, which creates a cradle-to-college path for area youth. During her tenure, Rio Hondo College has expanded student support services, including a one-year tuition waiver program called the Rio Promise.

“Trustee Garcia is an enthusiastic and dedicated advocate for equity in education,” Rio Hondo College Superintendent/President Teresa Garcia said. “This award recognizes her for attributes the Rio Hondo College community has long benefited from – a commitment to fight on behalf of our students.”

Garcia was honored by Hernandez on March 12 on the floor of the state senate during an event sponsored by the California Legislative Women’s Caucus. She will be honored again at the 10th annual Women of Achievement Awards for the 22nd Senate District, set for 1:30 to 4:30 p.m. Tuesday, March 27 at the Covina Center for the Performing Arts, 104 N. Citrus Ave., Covina. Also honored that day will be 19 Women of Achievement and two Emerging Leaders.

“It’s a tremendous honor to be selected as Woman of the Year for the 22nd Senate District,” Garcia said. “I’m humbled and thankful to Senator Hernandez for this recognition, which inspires me to redouble my efforts on behalf of our community.”

RHC_GARCIA_1: State Sen. Ed Hernandez named Rio Hondo College Trustee Norma Edith Garcia as the 22nd state Senate District Woman of the Year. He honored her on the floor of the Senate on March 12. 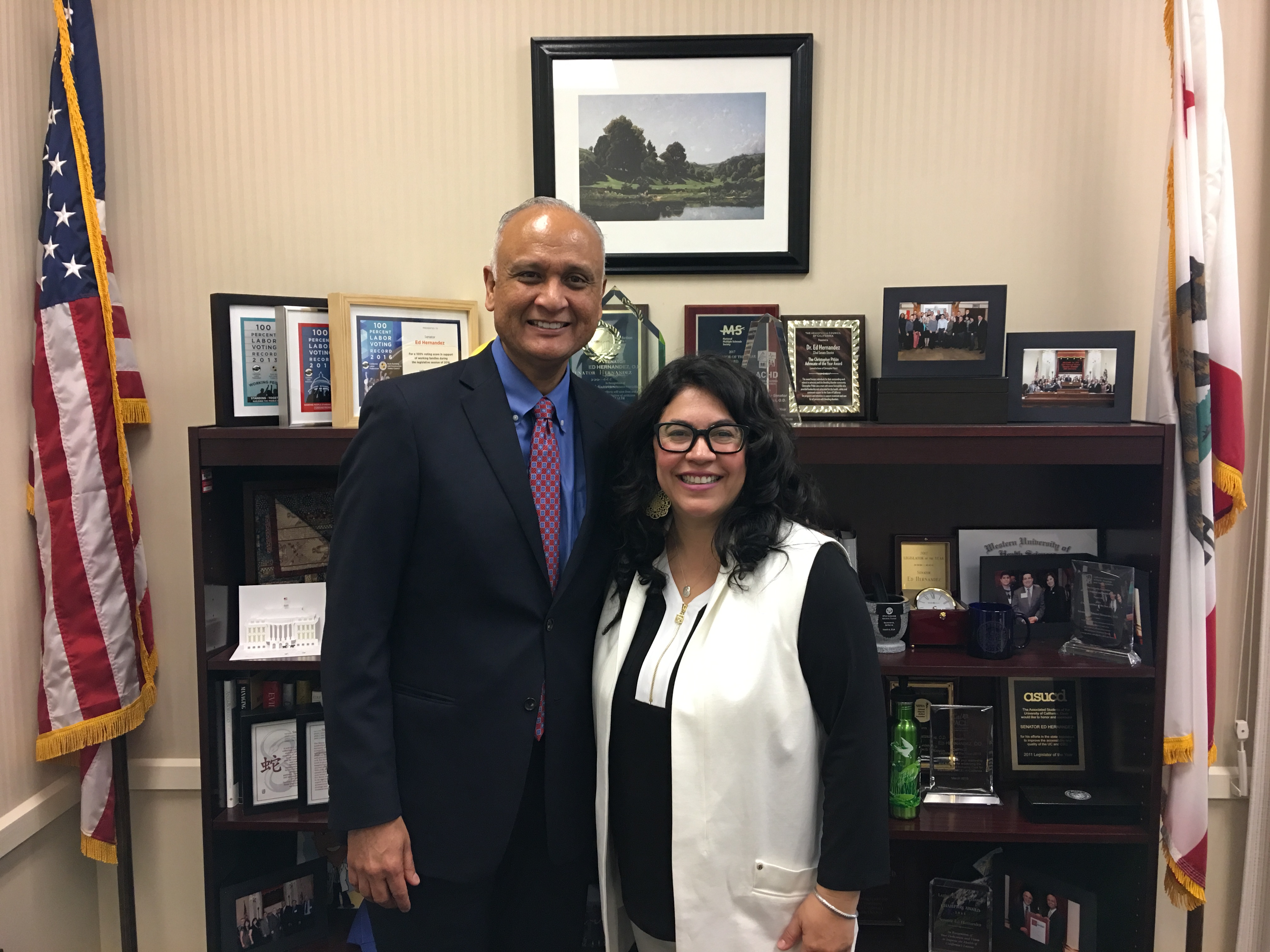