WHITTIER – A group of incoming students seated around a long table in the Rio Hondo College’s Campus Inn called out advice they have received during their two-week Summer Bridge orientation:

“Don’t be afraid to try new things,” said one student.

“It’s up to you – if you like something, just keep doing it,” shared another.

“Even classes you don’t like teach you something,” another added.

The discussion, led by two student mentors, was one of several designed to help the 150 incoming students attending the first of three Rio Hondo College Summer Bridge sessions focus on how to get the most from their college experience.

The gatherings are a key element of the eight-day Summer Bridge program, which includes presentations from panels of students, faculty and deans, math and English workshops, a campus tour, scavenger hunt and other activities.

Summer Bridge sessions are highly popular – by the end of May, more than 1,000 students applied for the 450 slots available at the three sessions.

Katherine Christopherson, a 2018 La Serna High School graduate, said she chose Rio Hondo College because she wanted to be prepared before starting a four-year university. Summer Bridge has helped her start that journey.

“I feel like I’ve learned to open my window and to branch out and get out of my comfort zone, because I came with a very strict mindset for what I wanted to do. I’ve learned it’s more important to follow your journey,” said Christopherson, who plans to study child development. “It’s not just getting through the program, but actually fulfilling what you want to do.”

Mountain View High School graduate Hadasa Silva said she is the first in her family to attend college. A counselor suggested she take Summer Bridge to get a head start on registration for classes.

“I got a really broad understanding of how this College in particular works. You don’t know. You’re just a freshman. Nothing really makes sense because high school is a lot more different than college,” said Silva, who wants to study 3-D animation. “I think I got an understanding of what it’s actually supposed to be like.”

Abraham Garcia, a Sierra Vista High School graduate, said he chose Rio Hondo College because college is an unchartered area for his family.

“I’m kind of scared of college so I wanted an easy transition from high school to college. I’m the first generation, so I don’t really know where to start. And Rio Hondo has been helping me a lot,” said Garcia, who wants to be an electrical engineer.

Through Summer Bridge, he also joined Rio Hondo College’s Avance program, which guides students throughout their first year, offering a dedicated faculty/staff support network and enhanced Counseling and First-Year Seminar courses to help with study and college success skills in addition to exploration and field experiences in a broad academic discipline area in order to decide their specific chosen majors.

Rio Hondo College student Alex Lopez said this is her second year as one of the program’s 10 mentors – a task she chose after going through the program herself.

“I love helping the students and I love giving them the information they needed,” said Lopez, who is studying sociology and anthropology with plans to transfer to a four-year college. “I think this really gives me an idea of what I want for my future, because I feel like I would want to work with students.” 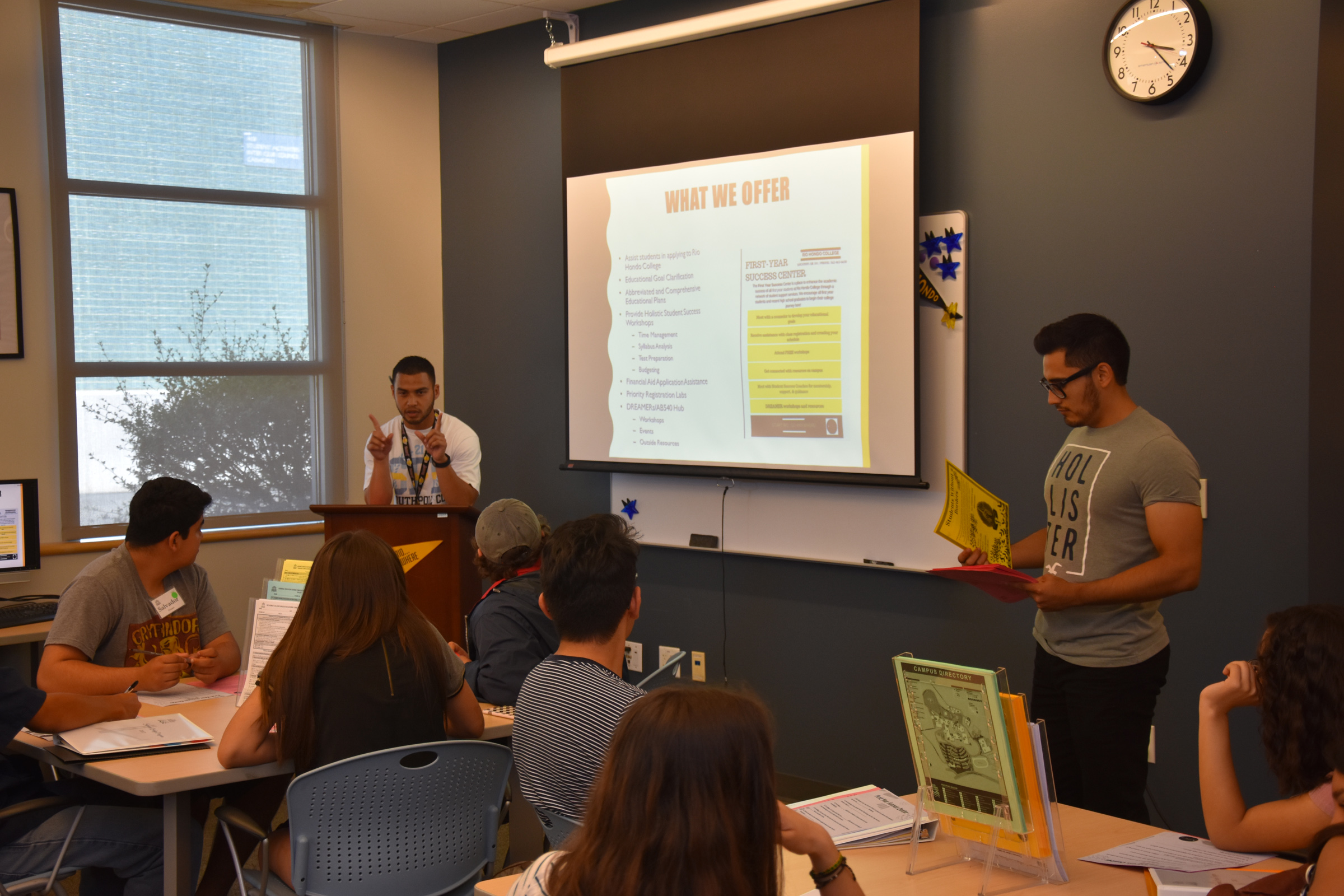