WHITTIER – Río Hondo College students are creating character models, gaining insight from professionals and developing skills that will help them break into the gaming industry – all thanks to the College’s Animation Internship Program.

Over the last year, the animation program has paired Río Hondo College students with FarSight Studios, an independent developer and publisher of multi-platform video games. Several students worked on aspects of a new puzzle game called “Orbals,” providing them a hands-on opportunity to hone their skills and gain industry experience.

“I am so proud of my students,” said David Dawson, Río Hondo College’s instructor of animation. “All of the students who worked on the game were excited and highly motivated to collaborate with FarSight Studios for this game and they knocked it out of the park.”

Dawson, an 11-year veteran teacher of Río Hondo College, used his connections to build an internship program with FarSight Studios just before the COVID-19 stay-at-home order was announced in March 2020. During that time, students worked on various aspects of the game, including the creation of character models.

Thanks to the work completed by Río Hondo College’s students, FarSight Studios is expanding the internship program to include more students, payment for work and titles for interns who worked on published games.

In addition, recent Río Hondo graduate Erin Malcom was hired full-time as a character artist at FarSight Studio, based on the strength of her work on “Orbals.”

Río Hondo’s animation program is teaching students how to use programs such as Substance Painter, Substance Designer and Maya to find work as animators. Students are also taught how to use the Unreal Engine, a type of software typically used in video game development. However, the Unreal Engine is also being used to create computer graphics by TV and film studios, most recently on shows like “The Mandalorian.”

Dawson said that Río Hondo College students were so instrumental in getting “Orbals” created that the College will be getting a special mention in the game’s credits when it launches next month on Steam, the Nintendo Switch and other platforms.

“We are so proud of our Animation Program students for their phenomenal work,” Superintendent/President Teresa Dreyfuss said. “This program is just one of the many available at Río Hondo College that prepares our students for professional success and a strong foundation for when they enter the workforce.”

RHC_Malcolm_1: Río Hondo graduate Erin Malcom was hired full-time as a character artist at FarSight Studio, based on the strength of her work on “Orbals.” 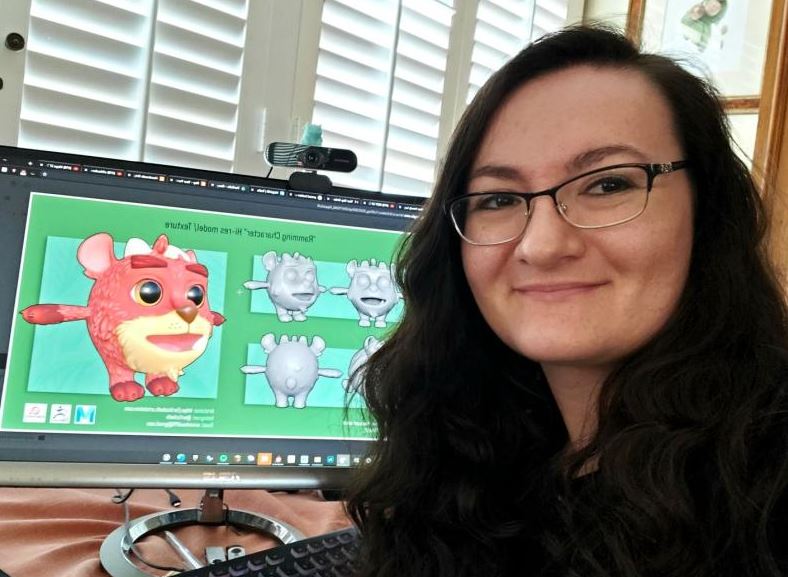