With a transfer rate of more than 90%, the Forensics program has seen members move on to universities such as UC Berkeley, UCLA, USC, and Concordia. Forensics Coordinator Grant Tovmasian feels the opportunities for students to meet their higher education goals has never been better.

“I am very impressed with the learning that is taking place,” Tovmasian said. “Forensics gives our first-generation students the tools to speak for themselves and build their futures. They receive economic benefits in the form of scholarship opportunities. The critical thinking component in debate teaches our students to listen, understand and respect, and be respected by their peers.”

One of the advantages of Río Hondo College’s Forensics team is its readiness to compete at the local, state, and national levels. A full schedule of tournaments, including more than a dozen during the 2020-21 school year, help students to hone their skills against top competitors and have their work evaluated by university coaches and recruiters.

Río Hondo College Forensics Speech and Debate team Vice President Ashley Sanchez said the program is also a perfect way to network with representatives from four-year universities. At a recent competition, Sanchez met a debate coach from UC San Diego and hopes to transfer to the school to study communications.

“Río Hondo College’s Forensics Speech and Debate program is amazing,” Sanchez said. “I have learned so much about researching and presenting my arguments. It has made me a better and more confident student.”

Río Hondo College Speech Professor Patricia Hughes began coaching the debate team when she was still a Río Hondo College student, continuing with the program as she completed her master’s degree at Cal State Fullerton. Hughes’ experience and knowledge of the Río Hondo College system provides a bridge to her students that is invaluable in their training.

“At Río Hondo College we stress individuality and welcome all students who have a desire to grow and learn, no matter what their experience is,” Hughes said. “As a Río Hondo College alumna, I can relate to our students and that helps me foster their growth.”

For Hughes, the three main components of debate are training, listening and confidence. A student must know how to structure an argument, they must listen to their opponent to identify weaknesses and focus on key points, and they must present their argument with complete self-assurance.

“Río Hondo College’s Forensics Speech and Debate program provides our students with opportunities to enrich the quality of their lives and become leaders in their communities,” Superintendent/President Teresa Dreyfuss said. “This innovative program benefits those who are looking towards careers in public speaking and advocacy, as well as those who want to challenge themselves and expand their academic capabilities.”

RHC_FORENSICS_1: Río Hondo College second-year student John Connell participates in the IPDA National Championship, held virtually from April 9 to 11. The Forensics Speech and Debate program has a transfer rate of more than 90%, with students moving on to universities such as UC Berkeley and USC.

RHC_FORENSICS_2: Río Hondo College Forensics Speech and Debate team Vice President Ashley Sanchez prepares for a debate during the IPDA National Championship, held virtually on April 9-11. Sanchez, who plans to transfer to a four-year university, credits the Forensics program for having her work evaluated by university coaches and recruiters. 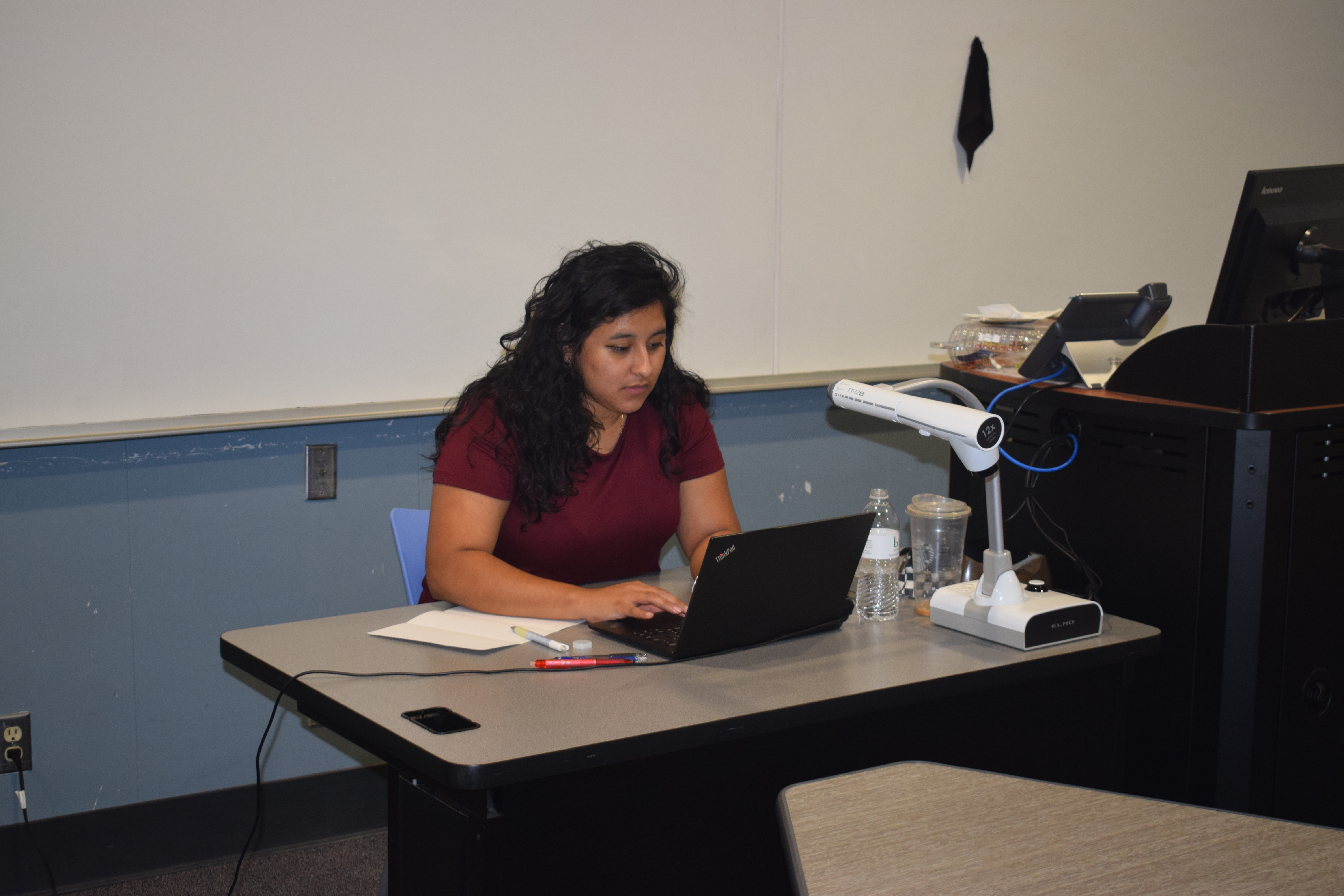 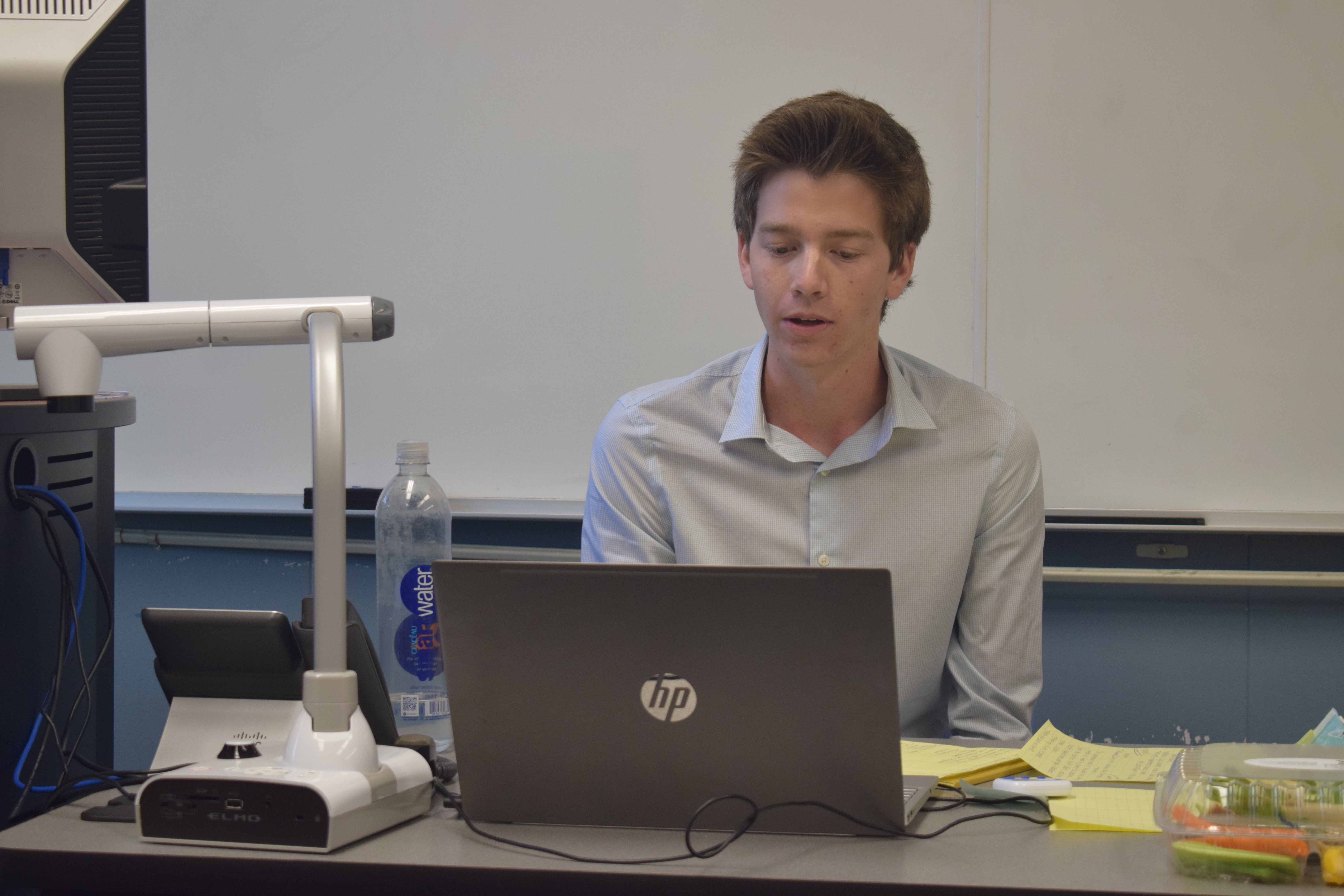