WHITTIER – Rio Hondo College’s Roadrunner Crew 77 has been called up for the second time this summer – this time to assist crews battling the massive Ferguson Fire that is threatening Yosemite National Park.

“We are extremely proud of the contributions of our Wildland Fire Academy crew,” Superintendent/President Teresa Dreyfuss said. “They represent the best of Rio Hondo College – students and graduates who are dedicating their careers to helping their communities.”

The crew can be called up for 21 days with each activation. It was activated over the July 4 weekend to assist in battling the Agua Caliente fire in Palm Springs.

This call-up started on July 26 when the crew was activated to cover parts of the Angeles National Forest for crews shifting to fight the Ferguson Fire and other blazes. During the first days of that activation, the Roadrunners helped quash a brushfire. On Aug. 2, the team joined the battle against the Ferguson Fire.

“The Angeles National Forest fire chief and his staff are huge supporters of this program where we train students from a diverse group of people to become firefighters,” said Tracy Rickman, coordinator of the Fire Technology programs at Rio Hondo College.

Lead Instructor Ryan Carey, also a wildland fire fighter prior to joining Rio Hondo College’s faculty, said the young men and women earn the job – nothing is given.

“You have to want to be gone from family and friends for up to 21 days at a time and sleep under the stars and work hard for a 12-hour operational period putting out a fire,” Carey said. “It’s not for everyone.”

The Ferguson Fire has burned more than 91,000 acres since July 13; it is less than 45 percent contained. More than 2,300 firefighters are engaged. There have been two fatalities, including Arrowhead Interagency Hotshots Capt. Brian Hughes, 33.

Board of Trustees President Madeline Shapiro said the entire Rio Hondo College community supports the firefighters who represent them.

“They walk an incredibly difficult path for all of the best reasons,” Shapiro said. “It moves all of us to see their dedication as they bravely step into danger to protect our California communities.”

RHC_CREW_1: Rio Hondo College’s Roadrunners Crew 77 combats the Agua Caliente Fire in Palm Springs in July. The group has been called up to fight the Ferguson Fire in Northern California. Photo courtesy of Carlos Flores. 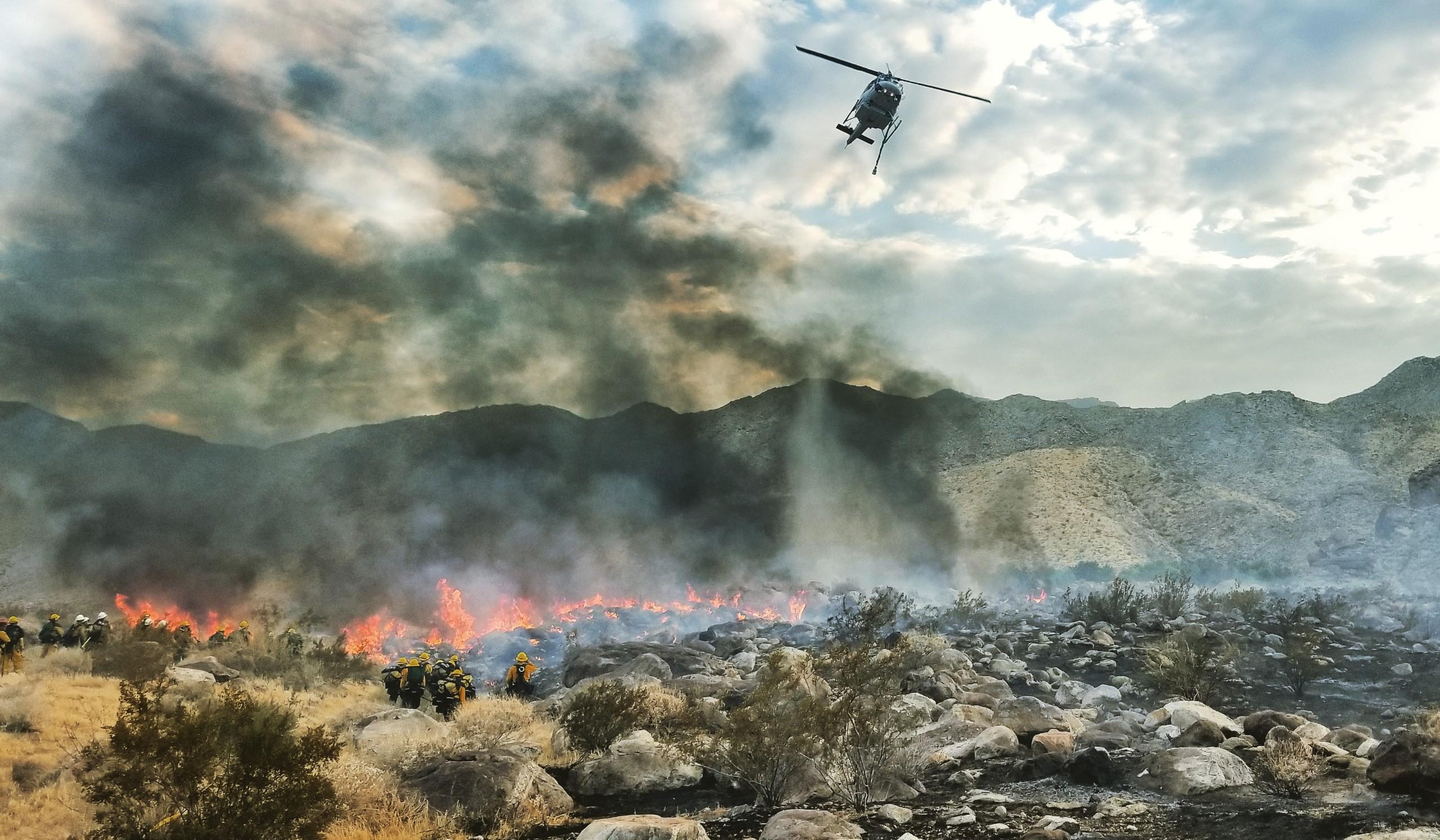