The crew began its 14-day minimum activation cycle on June 26 and could be assigned almost anywhere needed.

“We are proud of the young men and women of our Wildland Fire Academy, who deliberately place themselves on the front lines to assist with one of our state’s most critical needs,” Superintendent/President Dr. Arturo Reyes said. “Their dedication to community and their craft is an example for all of us.”

A Type II hand crew, the team assists with all aspects of fire monitoring, suppression and control, including digging fire containment lines. In past years, the crew has been called up multiple times a year to assist with firefighting across California, but rarely has it been activated this year. The crew has battled fires in Yosemite National Park and helped fight the devastating Ferguson Fire.

Each crew member must meet or exceed U.S. Forest Service requirements for seasonal wildland firefighters. Students also must pass an arduous physical fitness regime. Río Hondo College, which has fielded the crew since 2002, is well known for its Wildland Fire Academy, which typically places every graduate from every class.

“As with all our California institutions, Río Hondo College’s Fire Academy and Wildland Fire Academy are battling the challenges of COVID-19. But, despite these challenges, our highly trained firefighters continue to step up to support our community,” said Chief Andy Grzywa, academy director. “Their actions instill pride in us all.” 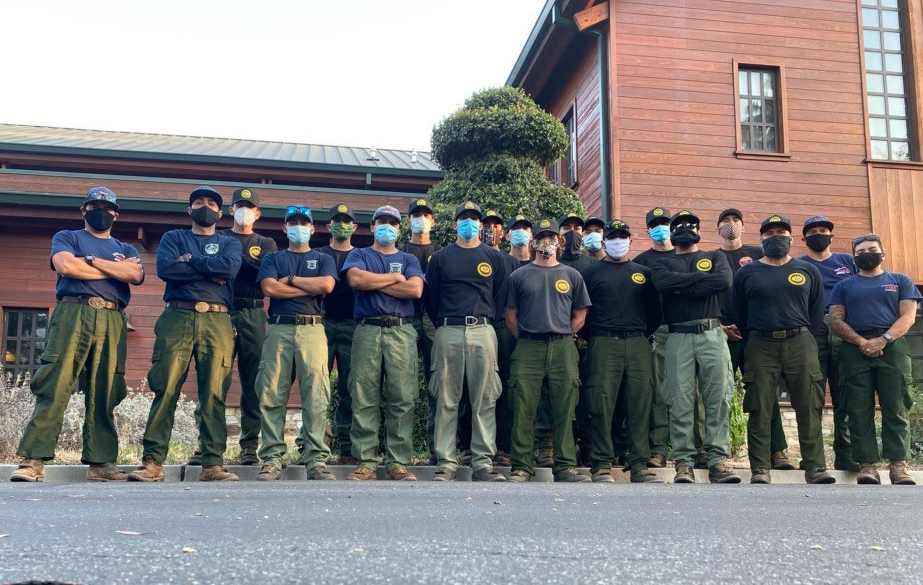