“We have to look out for each other,” Calderon said during the event’s keynote speech. “You’ve all killed it to get here today, but the work doesn’t stop here. The fight always goes on. … Now go out there, make a difference and remember that if you can do this, you can do anything.”

The ceremony recognized 1,399 students who earned an estimated 2,001 academic degrees, including 653 degrees for transfer, which guarantee admission to the California State University system. Both figures top the College’s numbers for 2016-17.

Superintendent/President Teresa Dreyfuss told students that the sacrifices they made to achieve their degrees were worth it. She said she understood the sense of accomplishment that comes from achieving their degrees, comparing it to her journey as an immigrant to the U.S. from Taiwan to becoming the College’s president.

“Our faculty, staff and administrators are here to honor and salute you,” Dreyfuss said.

Board of Trustees President Madeline Shapiro told students that their achievement has the power to change not only their lives, but those of their families.

Shapiro announced the 2018 Fellow of the College, Dr. Jennifer Fernandez, who retired after serving 42 years as an educator. Over 31 years, Fernandez served Rio Hondo College as a counselor, professor, director of student development, coordinator of the College’s South Whittier Educational Center and interim dean of student affairs. She helped develop plans for the Child Development Center and for the redesign of Student Health Psychological Services.

“This award is reserved to those who make outstanding contributions to the progress and development of Rio Hondo College,” Shapiro said. “Dr. Jen’s selection for this award reflects her dedication to our campus and advocacy for our students.”

“My world came crashing down, so fast, I couldn’t snap out of it and be the positive person I am 24/7,” he said. “But, I finally did because I remembered my dream as a little boy: that of always wanting to do big things, things like this.”
In fall, Covarrubias will transfer to UC Riverside as a liberal studies major.

Brenda Coronel, a low-income single mother of a 3-year-old daughter, survived an abusive past to pursue a degree in psychology. Coronel dropped out of Rio Hondo College during her first year but returned determined to succeed. She earned a 3.66 GPA while working part time and serving as a student leader. Coronel received a full-ride scholarship to UC Berkeley.

Yarisma Rocha, a single mother whose 5-year-old who has battled leukemia since infancy, earned a business degree with a 3.85 GPA. She has been accepted into UC Berkeley’s Haas School of Business and USC’s Marshall School of Business.

Jason Hoang’s parents were refugees after the Vietnam War and his mother worked at a sweatshop. When he was 13, his family lost their home during the housing crisis and he suffered from depression as they shuttled from home to home.

Hoang was determined to obtain an education so he could leave poverty behind, earning a 4.0 GPA and serving as a Peer Advisory Leadership mentor. He also worked as a student success coach for three middle schools. Hoang will attend UC Berkeley’s Haas School of Business.

During the service, Rio Hondo College leaders also paid tribute to the many veterans and active duty military who attend the College.

Valedictorian Bailey Garcia received the College’s Marie I. Pellissier Award. Garcia, who was raised by a single mother and other family members, graduated from Applied Technology Center in Montebello with a low GPA. He came to Rio Hondo College to prove to himself and to his high school teachers that he could succeed.

He earned a 4.0 GPA while taking part in the Extended Opportunity Program & Services (EOP&S), Guardian Scholars and Peer Advisory Leaders and serving as ASRHC treasurer. He will study philosophy at UC Berkeley in preparation for attending law school and pursuing his dream of starting a nonprofit.

Also among the graduates honored were 18 students who completed the first stage of the Pathway to Law School program. The program guides students from Rio Hondo College, through four-year degrees and into law school. Rio Hondo College’s program was honored with the 2018 Diversity Champion Award from California LAW, which coordinates the Pathway to Law School program for the state.

RHC_GRAD_1: A Rio Hondo College graduate celebrates after receiving her degree during the College’s 55th annual Commencement Ceremony, held May 24.

RHC_GRAD_2: Rio Hondo College’s nursing program is considered one of the best in the state, with a nearly perfect certification rate. Students receiving nursing degrees were honored at the 55th annual Commencement Ceremony on May 24 as well as at a pinning ceremony on May 23.

RHC_GRAD_4: Rio Hondo College graduates decorated their mortar boards with the names of the future colleges, statements of achievement, thanks for parents and witticisms in a College tradition. 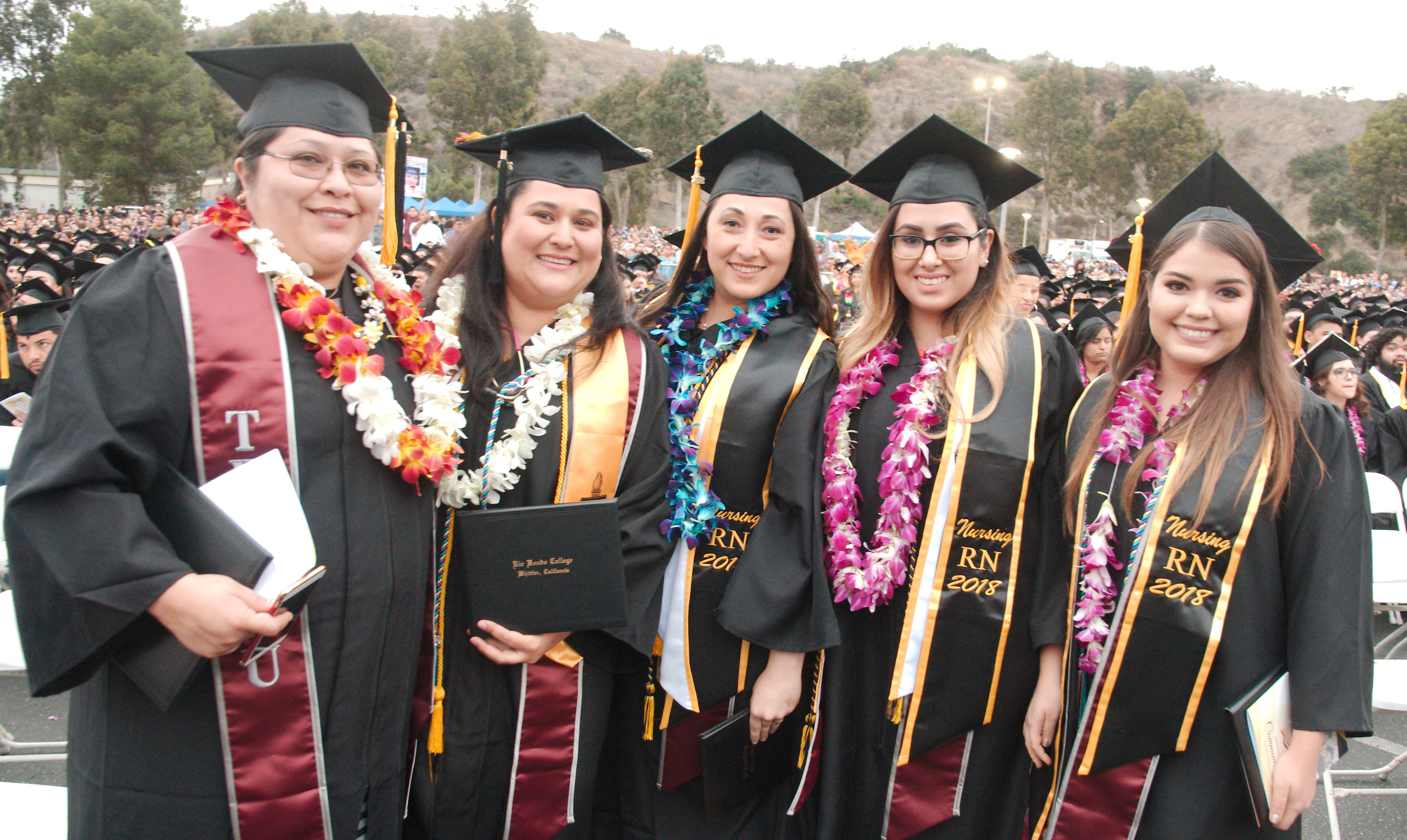 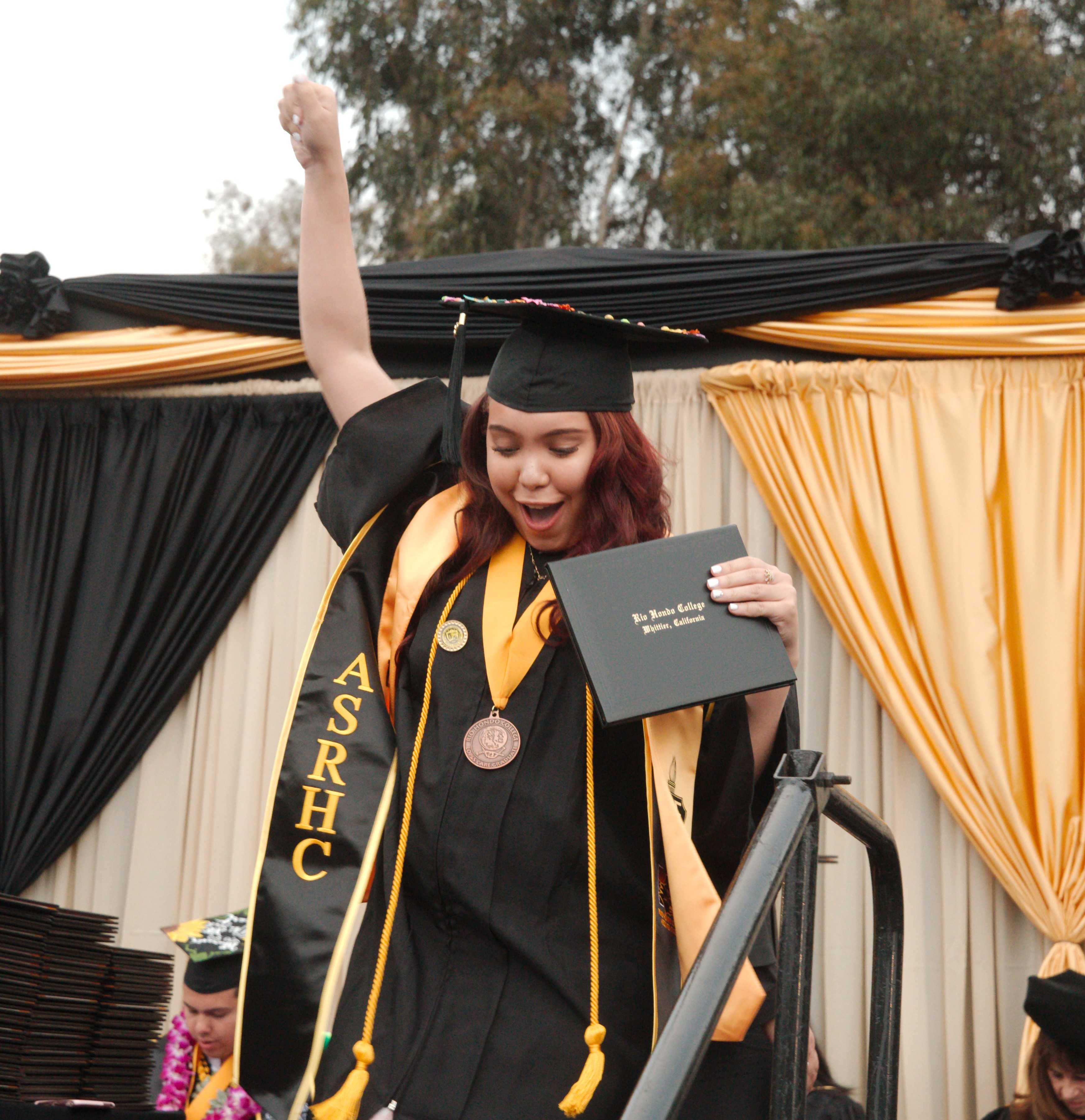 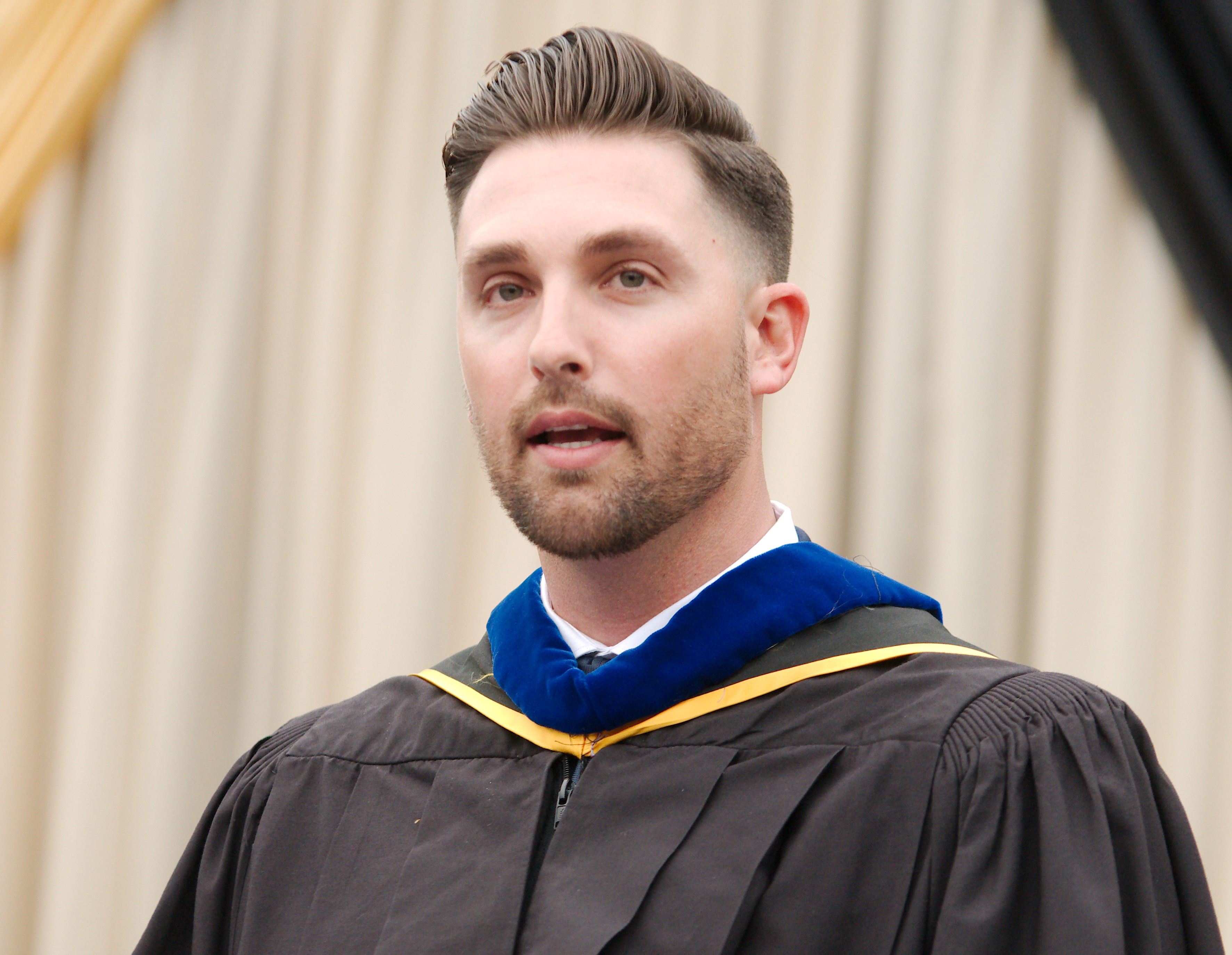 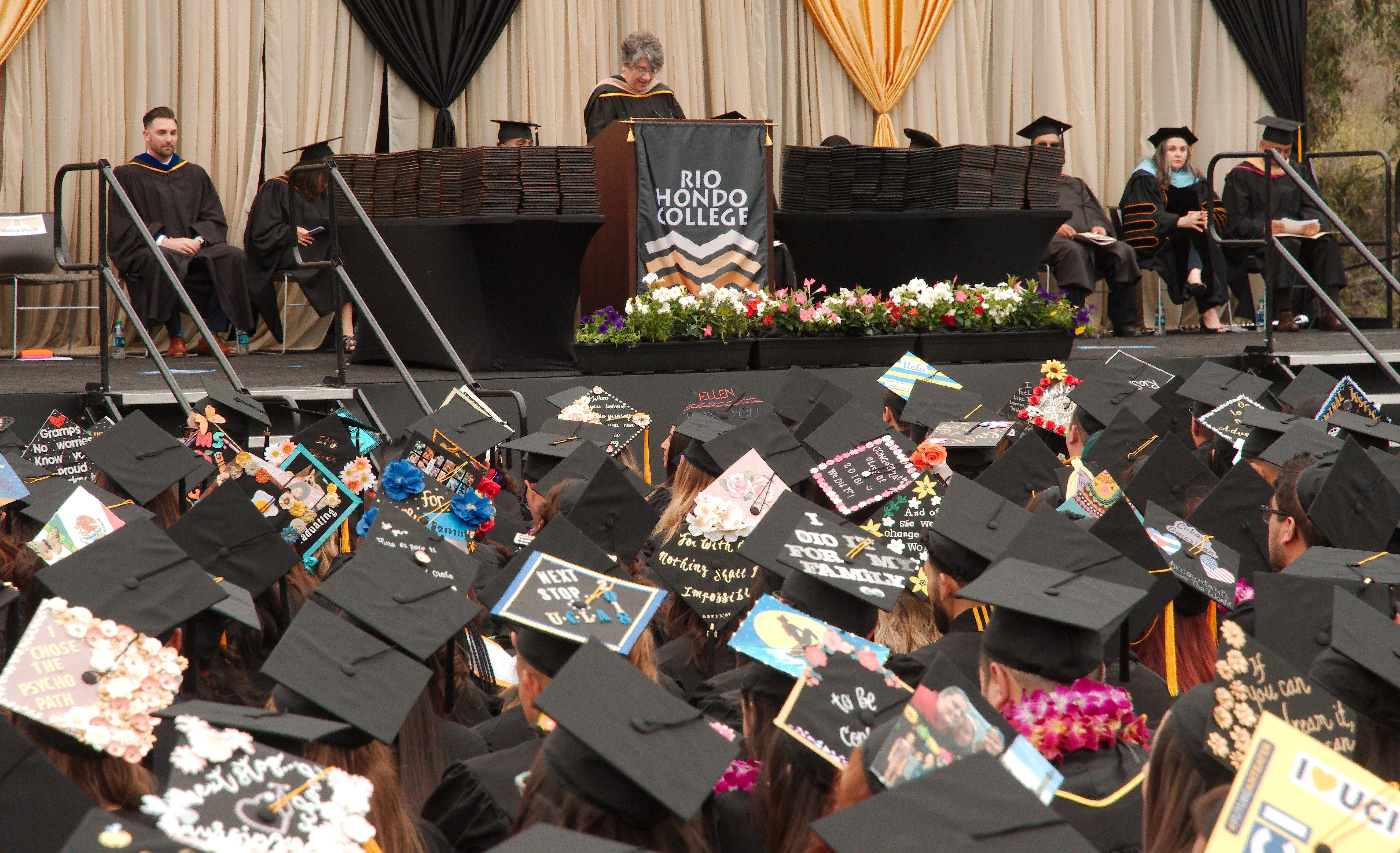