WHITTIER – Rio Hondo College on Tuesday broke ground for a new transportation center that will provide an all-in-one transit hub for members of the campus community.

“It is indeed a pleasure and an honor to break ground out here on the transportation center,” Board of Trustees President Gary Mendez said. “We’re doing things to invite the community more into Rio Hondo College.”

Mendez, a former Rio Hondo College student, showed off his bus pass from 1990, noting that he spent many hours awaiting buses at the College.

Student Diana Macias shared how she is the third in her family to rely on buses to pursue their education at Rio Hondo College.

“As students here at Rio Hondo College, it is so heartwarming and it is so encouraging to know we have an administration that cares,” said Macias, a political science major and member of the College’s award-winning debate team. 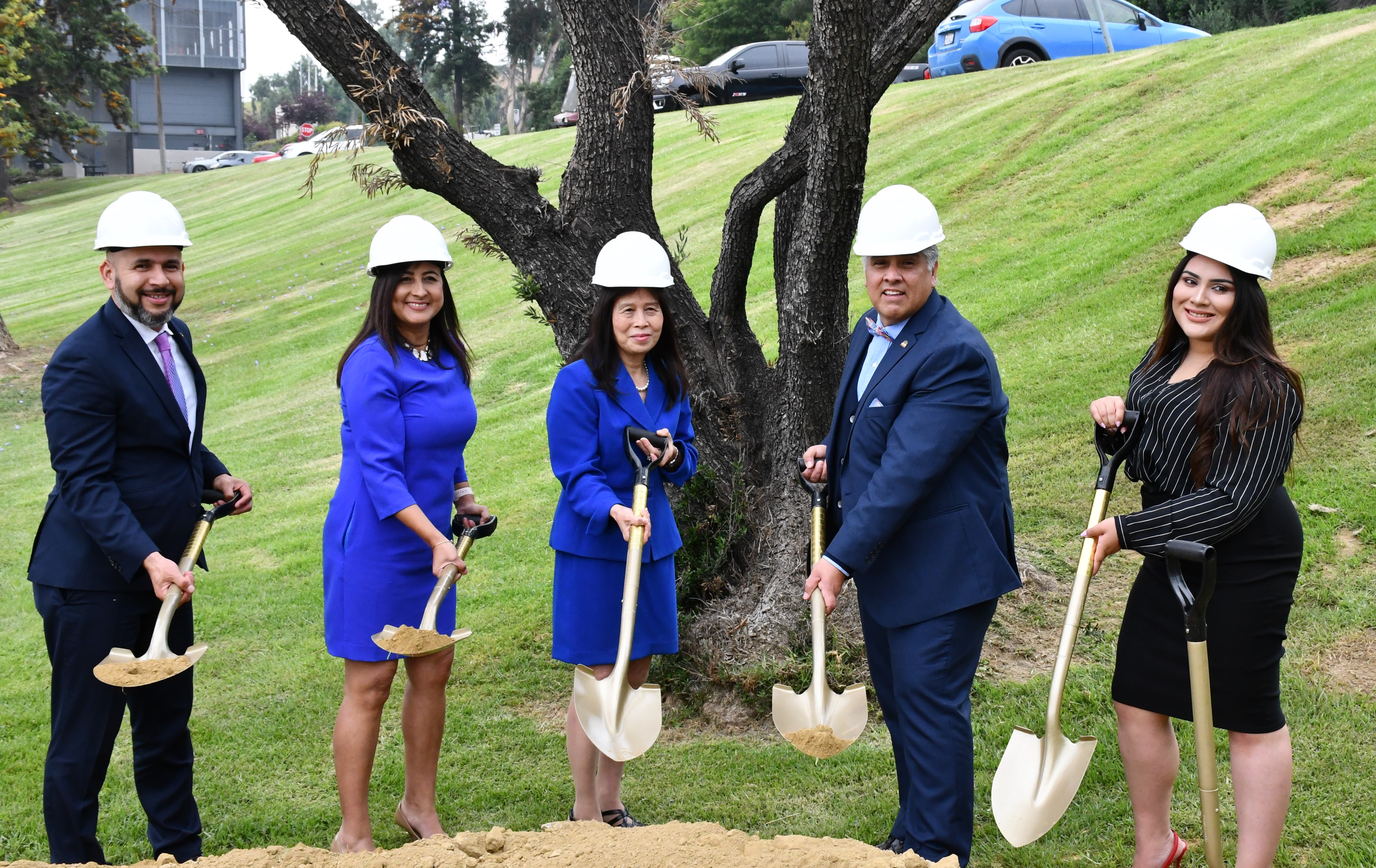