WHITTIER – Río Hondo College honored its re-elected Board of Trustees members Oscar Valladares, Anais Medina Diaz and Rosaelva Lomeli with an Oath of Office ceremony at the Río Café on Dec. 14.

Valladares and Medina Diaz took the Oath of Office during the event, affirming that they will continue to fulfill the duties of Board of Trustees members and uphold the vision, mission and values of Río Hondo College. Lomeli, who was unable to attend the event, will have her oath administered at a later date.

The ceremony included an introduction of the elected officials by Director of Government and Community Relations Dr. Russell Castañeda-Calleros and a few words by Superintendent/President Dr. Marilyn Flores.

“I know first-hand the hardships that our college students face – I’m excited for the opportunity to continue serving and building on the work that I’ve championed in the last two years,” Medina Diaz said. “In the past year, I’ve advocated for the basic needs of our students and sought partnership opportunities between the College and the City of El Monte and have been successful in finding housing opportunities for our housing insecure students.”

“Our great country gave this undocumented immigrant an opportunity and now I am living the American dream,” Valladares said. “I’d like to thank everyone for their support so that I might continue to lead Río Hondo College in good governance.”

During the reorganization meeting, the Board of Trustees selected Kristal Orozco to serve as president. Anais Medina Diaz will serve as vice president and Oscar Valladares will serve as clerk.

“I am grateful to our re-elected trustees as they have once again answered the call to public service,” Flores said. “I look forward to continuing to work together with them to further our College’s mission of being an educational and community partner committed to advancing social justice and equity as an anti-racist institution.”

OATH1: Los Angeles County Supervisor Hilda Solis presents Río Hondo College Board of Trustees Vice President Anais Medina Diaz with a plaque, congratulating her on being re-elected to serve the College community. Medina Diaz was sworn in by Solis during a Dec. 14 ceremony at the Río Café. 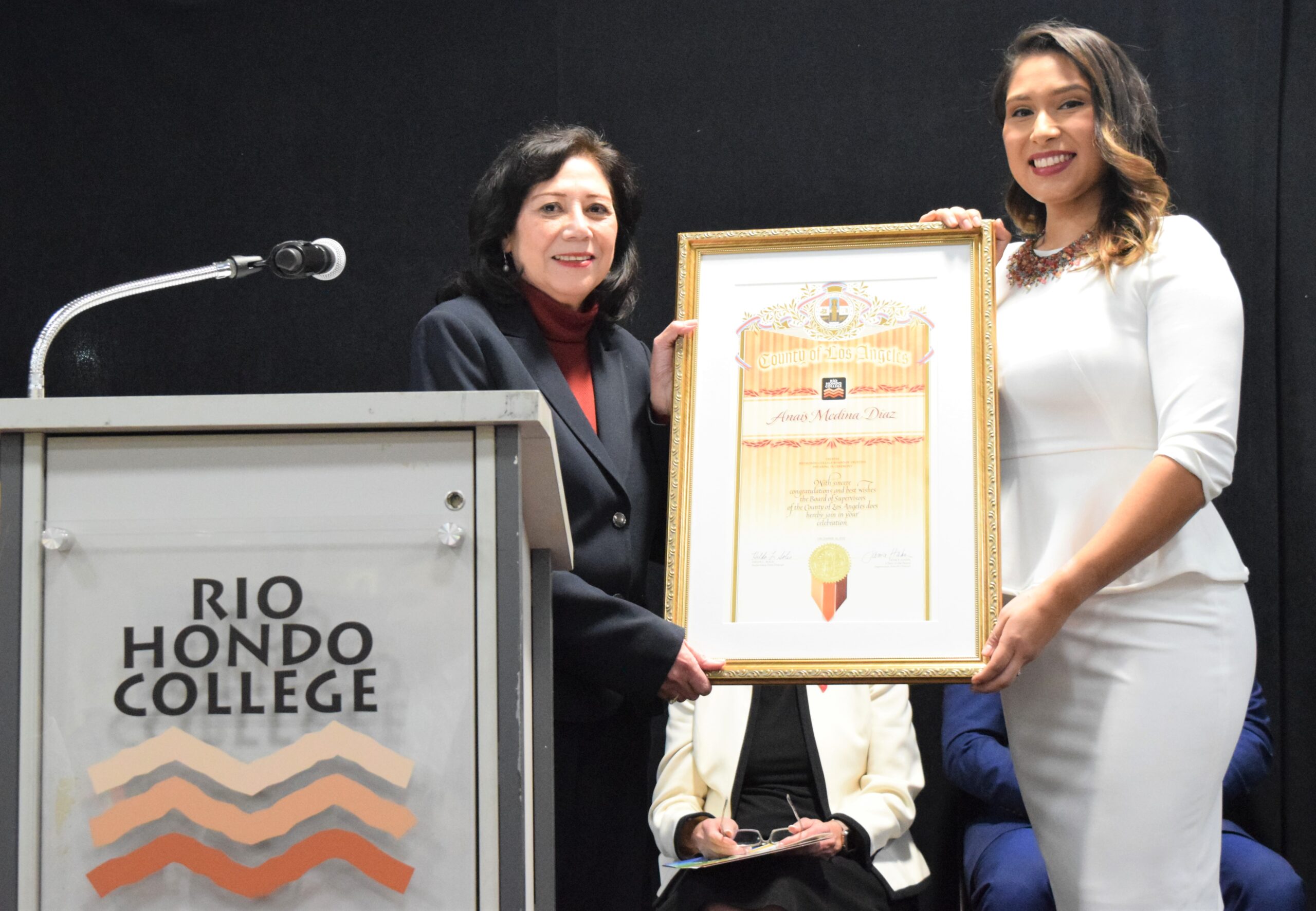 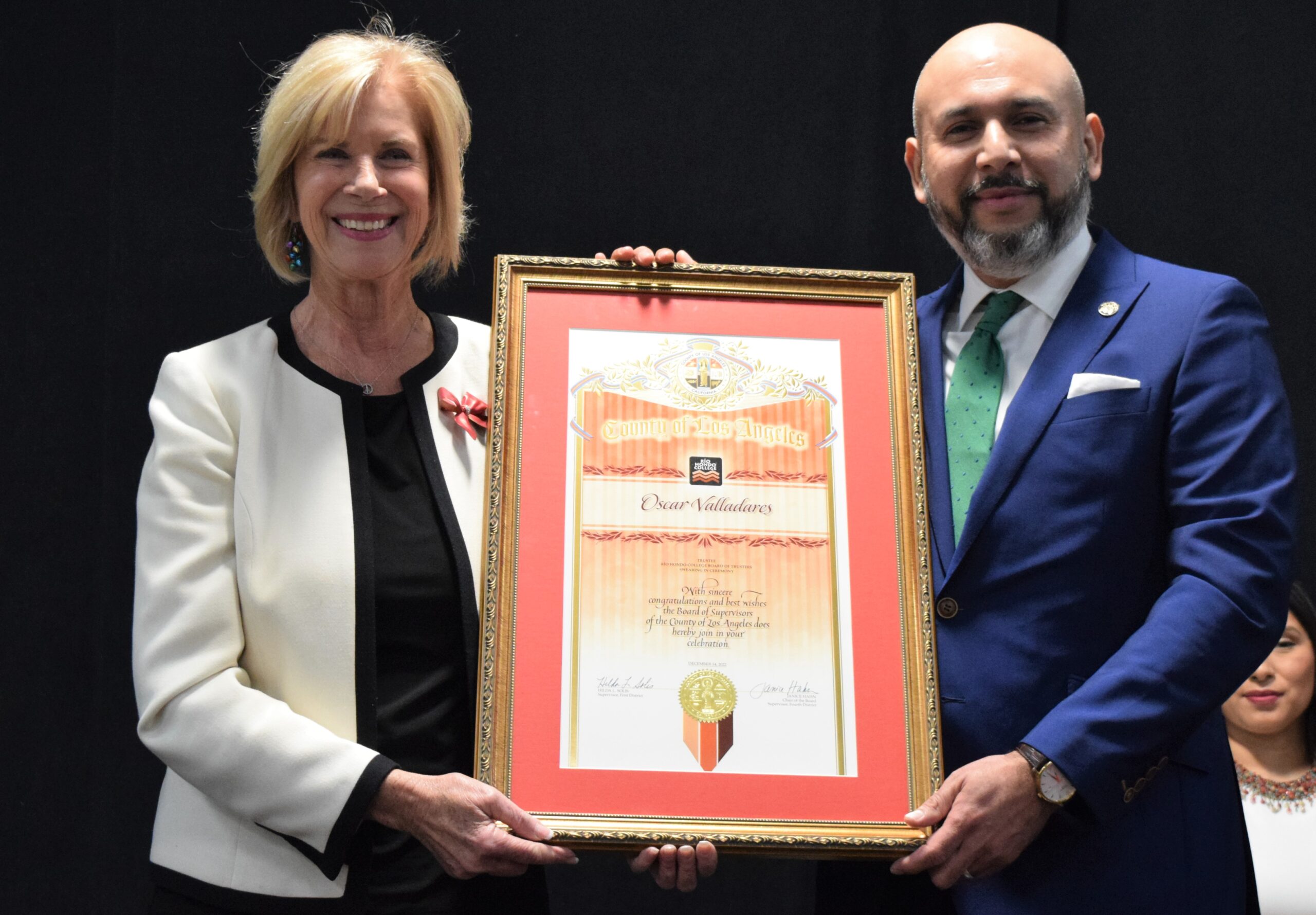 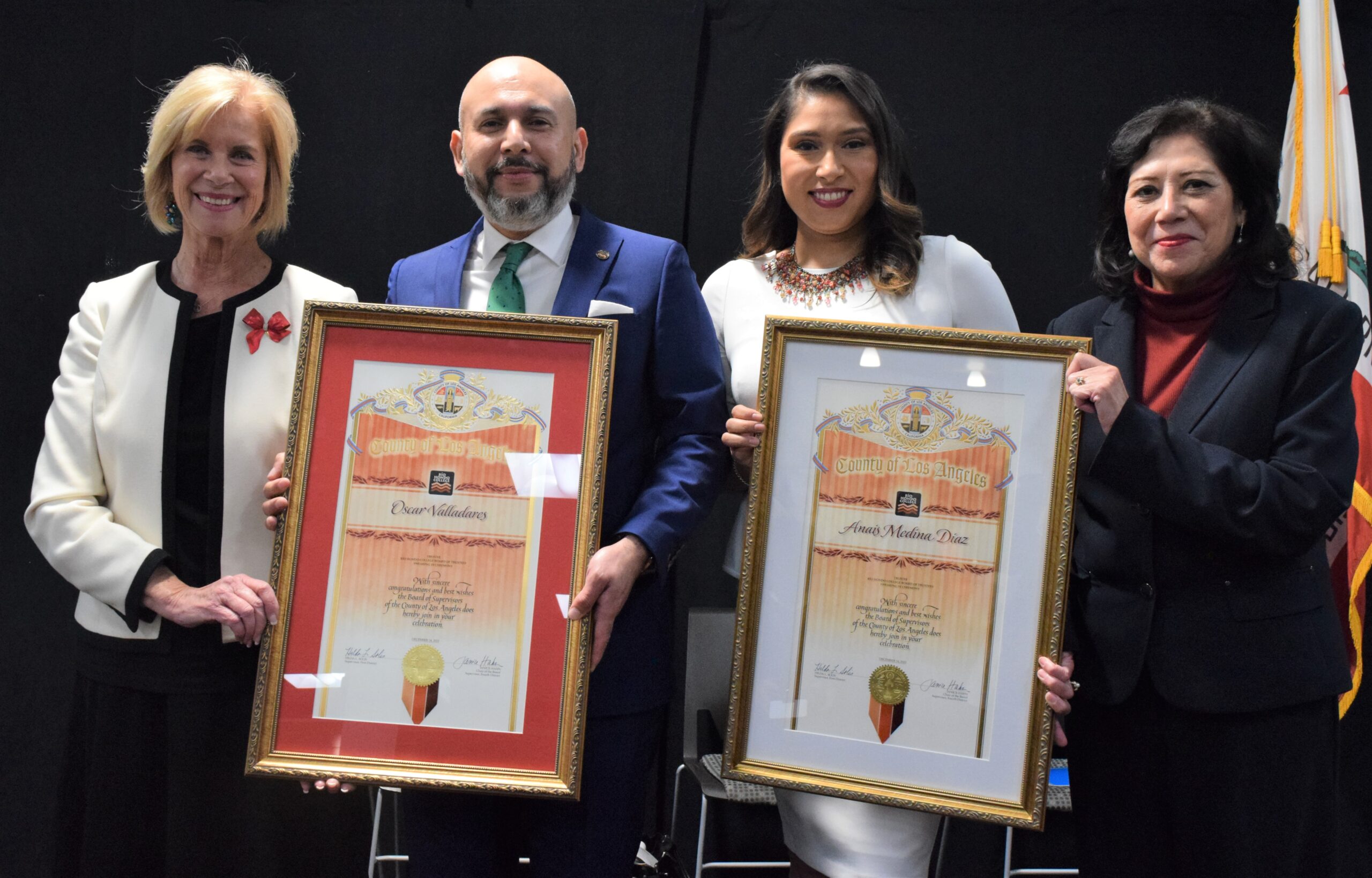