More than 80% of students received an A or B, enabling them to advance one course level. High school students earned 10 credits for completing a one-year math course during the summer session.

The program, which targets Whittier-area students in grades five through 12, has grown considerably since the addition of East Los Angeles College’s (ELAC) Jaime Escalante Math Program in 2012.

“Jaime Escalante once told me that to make a difference you have to reach them when they’re young,” Pioneer Math Academy director Javier Gonzalez said. “You plant the seed that students can reach calculus during their high school years and greatly increase their chances of attending college.”

Gonzalez first met Escalante – the former Garfield High School calculus teacher whose life was profiled in the 1988 movie “Stand and Deliver” – as a student. Channeling Escalante’s methods, Gonzalez created the Pioneer Math Academy in 1990, recruiting middle school students to take Algebra 1 and pre-Algebra in the summer to be able to take Geometry as incoming freshmen.

“When I came to Pioneer in 2012, I thought that it was a school like no other,” Escalante Program coordinator Edgar Perez said. “I saw the support Mr. G gave to the teachers and the students and I decided that I wanted to be a part of it.”

Perez calls the staff a dream team of educators who unite once a year to promote student achievement.

“We hire only the best of the best, and we have grown close over the years,” Perez said. “My favorite part of the year is our first meeting of the summer. There are hugs all around, and everyone is happy to be back working at Pioneer. The kids here are amazing.”

072419_WUHSD_ESCALANTE: Over 500 Pioneer High School Math Academy students received certificates of completion during a ceremony in front of friends and family on July 18. The program gave students from grades five through 12 the opportunity to complete a one-year math course during a six-week summer session. 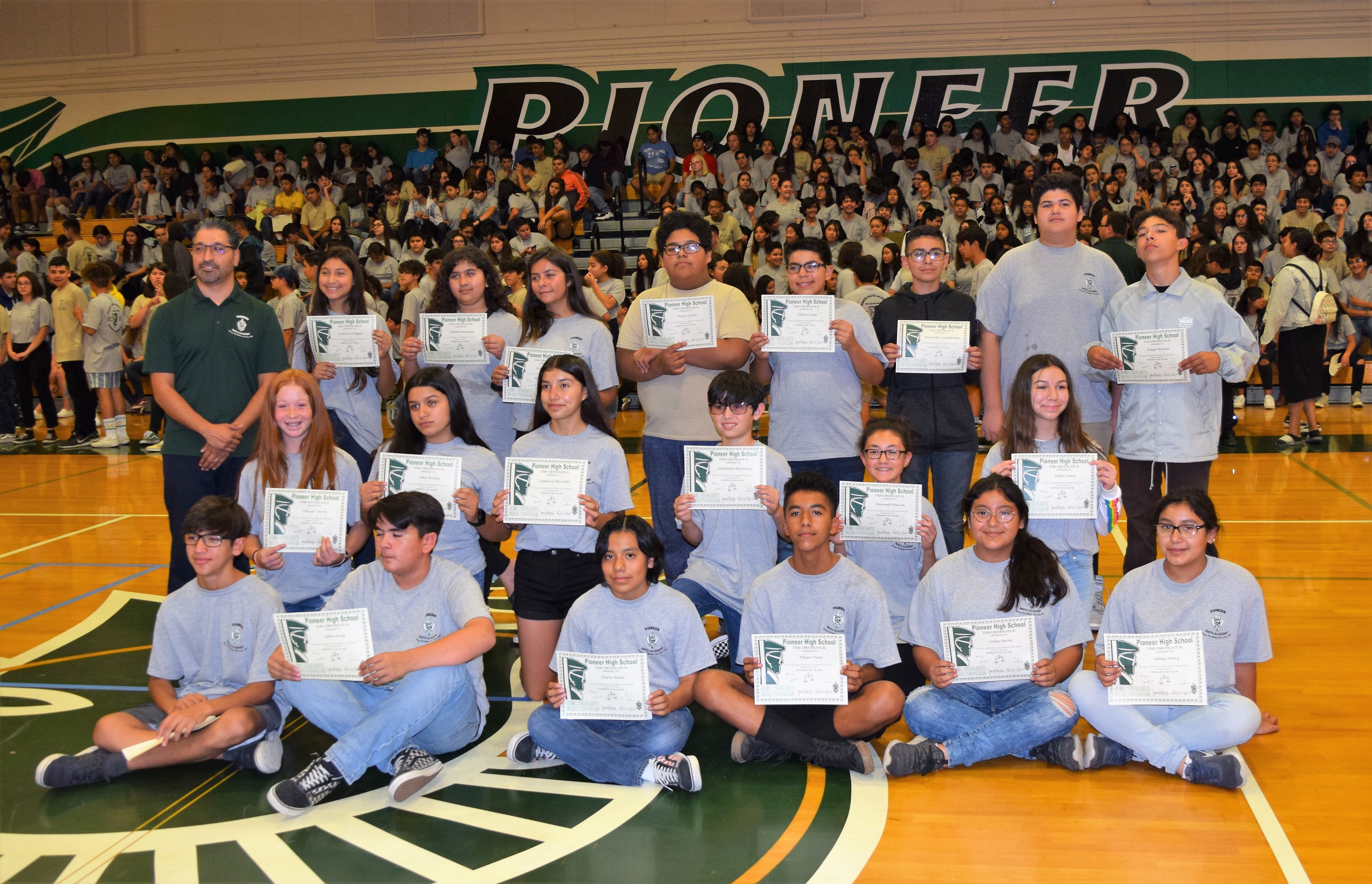