WHITTIER – Broken glass and car parts littered the street in front of Pioneer High School as the motionless body of a student lay on the hood of the vehicle, her feet caught where the windshield once was – a stark and unforgettable start to the “Every 15 Minutes” two-day program.

Presented to Pioneer High School juniors and seniors on April 4-5, “Every 15 Minutes” shows the lethal and unforgiving consequences of operating a vehicle while distracted or driving under the influence of alcohol or drugs by displaying a trio of scenarios, beginning with a simulated car crash.

The simulated crash, held April 4, included a mock sobriety test that led to a student arrest, emergency responders surveying the scene and firefighters cutting open totaled cars to retrieve survivors. A Grim Reaper paced the scene while two fatalities were declared by a medical examiner, before the student actors were carted into the coroner’s van.

“This crash reenactment really shook me,” Pioneer High School senior Daniella Con said. “With prom coming up, I hope people are smart about how they celebrate – taking an Uber or taxi should always be the first plan.”

Throughout the day, the Grim Reaper pulled students from classes to become the “living dead,” symbolizing 30 lives lost to intoxicated driving. Faces painted white and eyes blacked out, the students followed behind the Grim Reaper and coroner van and later participated in an overnight retreat to reflect on the event and to write farewell letters to family.

“I hope students take this seriously because what they are seeing may be simulated, but the reality is that these things happen too frequently in everyday life,” CHP officer J. Tolen said. “Driving distracted or intoxicated unravels lives throughout the U.S. and the consequences affect everyone.”

On April 5, students and families of the “living dead” gathered in the gym to watch a short film on the previous day’s scenario. A mock funeral was held for the students, with parents delivering poignant eulogies. Student participants read their letters of regret, imagining the impact of being involved in or affected by drunk driving-related crashes.

“These last couple of days were traumatizing,” said Leticia Ortiz, parent of a Pioneer senior who participated as one of the “living dead” students. “I hope my son and the other students make smart choices and think about the repercussions of their actions.”

Launched in 1990, “Every 15 Minutes” challenges high school students to take responsibility for mature and safe decisions and understand the impact their choices have on others.

“The lessons students learn through this program are indispensable, and as educators we strive to impart the need for students to stay safe and smart when they are not on campus,” Pioneer High School Principal Lilia Bozigian said. “Thank you to all of our community organizations and Pioneer High staff for their effort in preventing these tragedies.”

041218_WUHSD_15MINUTES2: Presented to Pioneer High School juniors and seniors on April 4-5, “Every 15 Minutes” shows the lethal consequences of driving under the influence of alcohol or drugs by featuring 30 “living dead” students who represent the number of lives lost to drunk driving every 15 minutes. 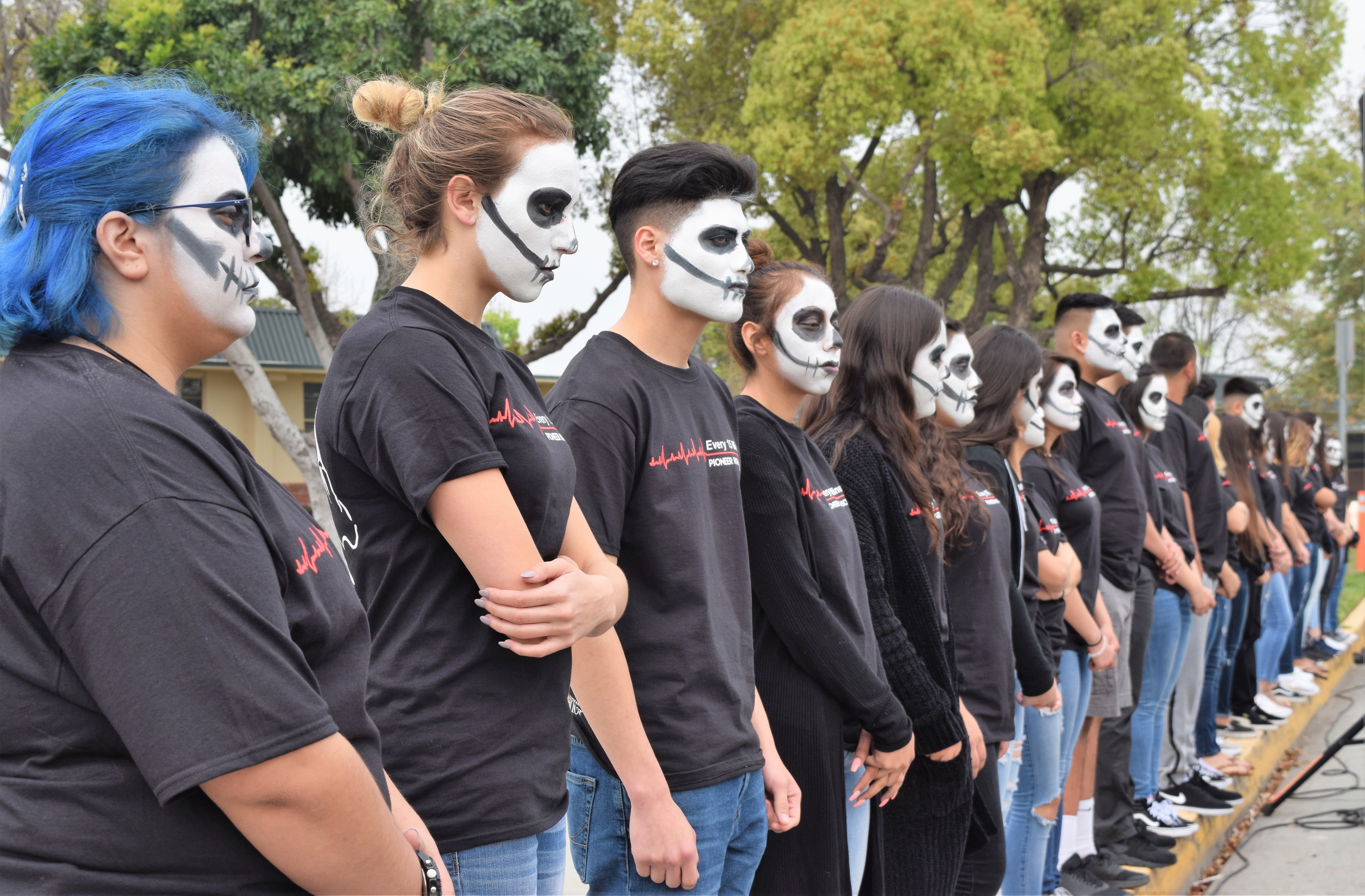 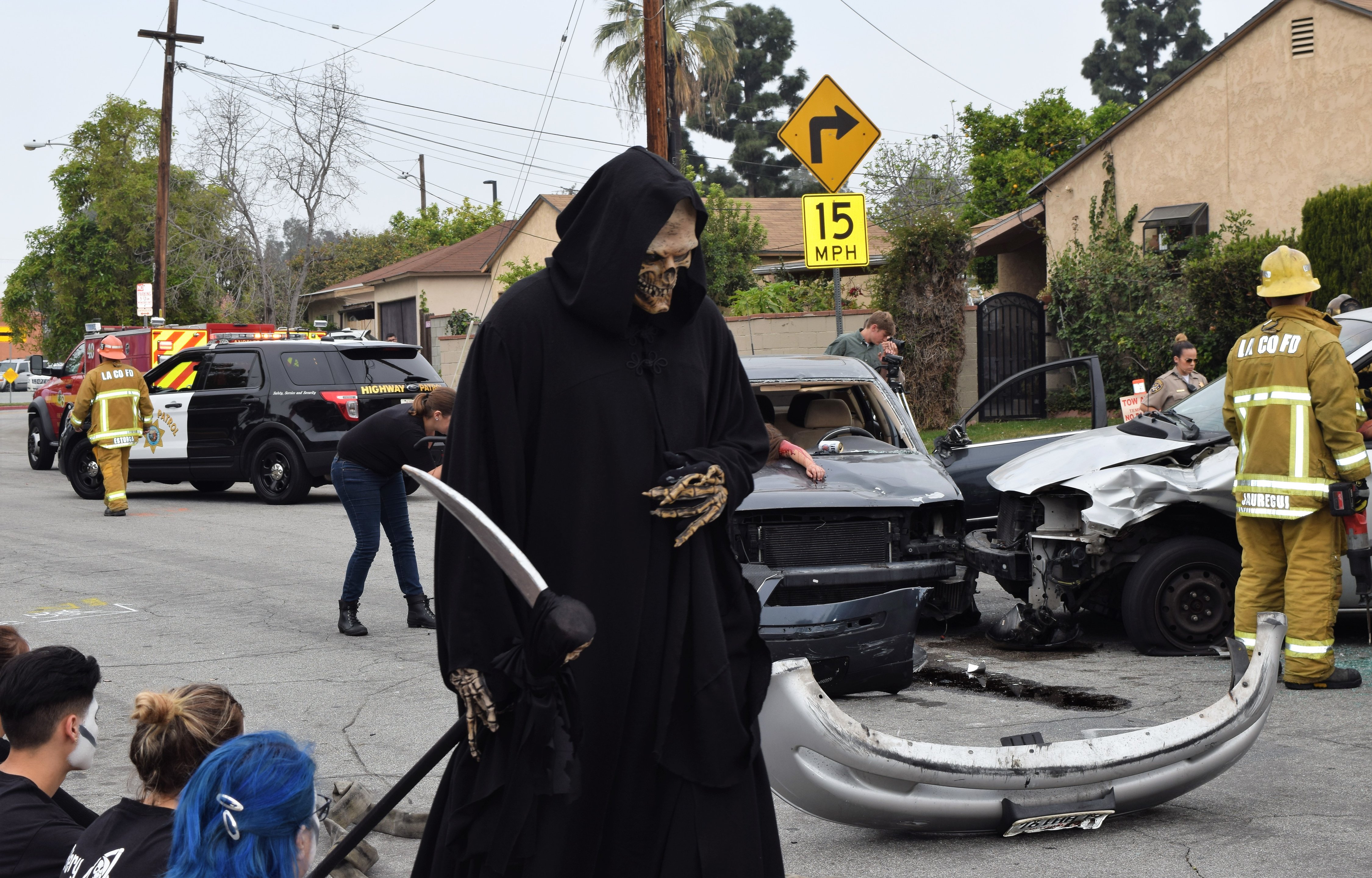