Paramount, CA – Rigoberto Sanchez, a parent at Howard Tanner Elementary, donated $2,000 worth of brand new Amazon Fire Kids tablets to his daughter’s first-grade classroom to show his appreciation and support for his daughter Yorley’s education.

Sanchez heard his daughter’s teacher, Sheena Mora, mention during a September Back to School Night that she had recently acquired five tablets for her first-grade class through Donors Choose. Mora wanted to integrate child learning technology into her curriculum.

That night, with a little help from his family and with a desire to do some good, Sanchez went to Best Buy and purchased an additional 19 tablets, so that all 24 students in Mora’s classroom would have their very own.

Tanner Principal Holly Hennessey said that on the following morning Mora got a call saying that a gift was waiting for her in the school office.

“This was an unprompted, unexpected and thoughtful gift from a parent who wanted nothing more than to give back to the school and the staff who are helping his daughter to learn and grow,” Board of Education President Vivian Hansen said.

The tablets allow students to use online programs like Starfall, an interactive learning tool that provides English learners, or students who benefit from intervention support, with access to phonics, reading and other instruction.

“We have also adopted Fun Fridays, where students have opportunities throughout the week to earn points for good behavior, and those points translate to minutes that they can have using the tablet every Friday,” Mora said.

The tablets include fun, educational games via downloadable apps and e-books.

“I am so happy my dad helped us get the tablets, they are really fun,” first-grader Yorley Sanchez said.

The tablets will be implemented into the first-grade curriculum, giving the students access to learning programs and apps in subjects like science and math that will add a whole new element of engagement.

“This generous gift reminds us of the importance of community, and shows us just how blessed we are here at Paramount Unified to be surrounded by such a supportive, thoughtful and giving community,” Superintendent Dr. Ruth Pérez said. 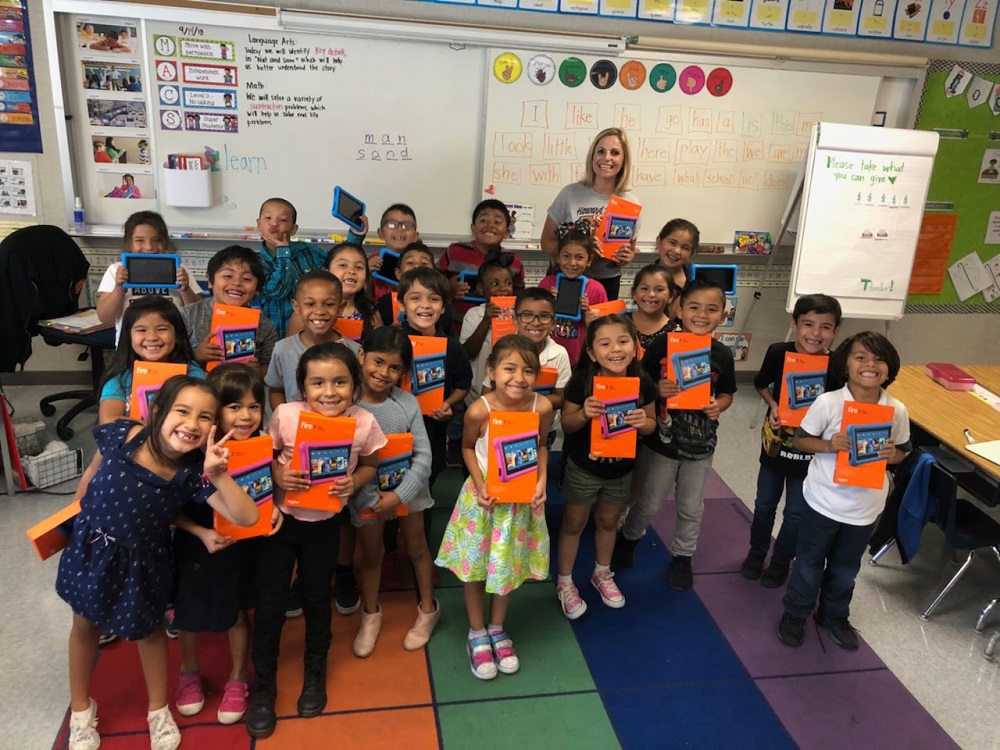