Paramount, CA – The newest edition to Paramount Unified, the Odyssey STEM Academy, launched with such innovative practices as discussion groups and the absence of school bells on Aug. 22, the first day of the 2018-19 school year for all 19 PUSD elementary, middle and high schools.

The Odyssey opening has been a three-year process, and features a curriculum that focuses on science, technology, engineering and mathematics. When the doors opened to the inaugural class of 144 freshmen they were immediately struck by the school’s fresh approach to instruction.

Rather than sit at desks, several students in classrooms gathered in discussion circles. In addition, Odyssey ditched the school bells in favor of a system that trusts students to manage their time.

“We’ve tried to create an environment that empowers our children and inspires them to reach their full potential,” Odyssey Principal Keith Nuthall said. “I’m delighted that the year is underway, and excited to see our school take form.”

A social worker will be employed at each of the District’s four high school campuses this year to provide students with additional social and emotional support.

“We want to focus on building improved partnerships with our students that ensures they are being served in the best possible way,” Paramount Unified Superintendent Ruth Pérez said. “We continue to grow as a District alongside our students, raising the level of excellence for the entire community.”

At the middle school level, Zamboni was recently accepted into the Turnaround Arts: California, program, which will provide up to $10,000 in annual financial support, helping to ensure arts education for every student.

The National Forum to Accelerate Middle Grades Reform has designated all middle schools in PUSD as Schools to Watch, recognizing high student achievement while improving campus relations between students and teachers and reducing suspensions.

Kindergartners at Howard Tanner Elementary warmed up for the school year with jumping games before taking their seats in their assigned classroom sitting squares.

For the second straight year, Paramount Unified elementary schools will participate in the Harmony Project, which teaches fourth- and fifth-grade students to read music and play four instruments – saxophone, trombone, clarinet and flute. These classes are offered after school at no cost to the families.

“We want to underscore to our families that we are committed to providing an environment that removes any barriers that stand in the way of success for their children,” PUSD Board of Education President Vivian Hansen said. “Our students, staff and parents are all prepared to achieve great things in 2018-19.”

PHOTO CAPTIONS:
082418_PARAMOUNT_FIRSTDAY1: Paramount Unified opened its doors to more than 15,000 students on Aug. 22. This year, the District will focus on building improved partnerships with families and providing social and emotional support for students.

082418_PARAMOUNT_FIRSTDAY2: The New Odyssey STEM Academy featured students gathering in discussion circles rather than sitting at desks when the school opened on Aug. 22. 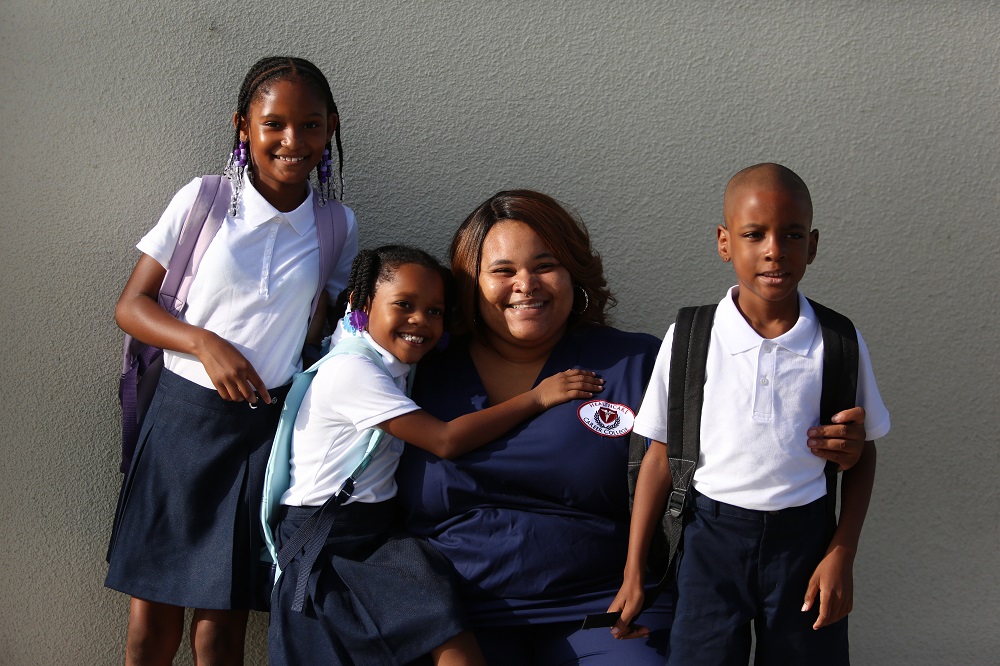 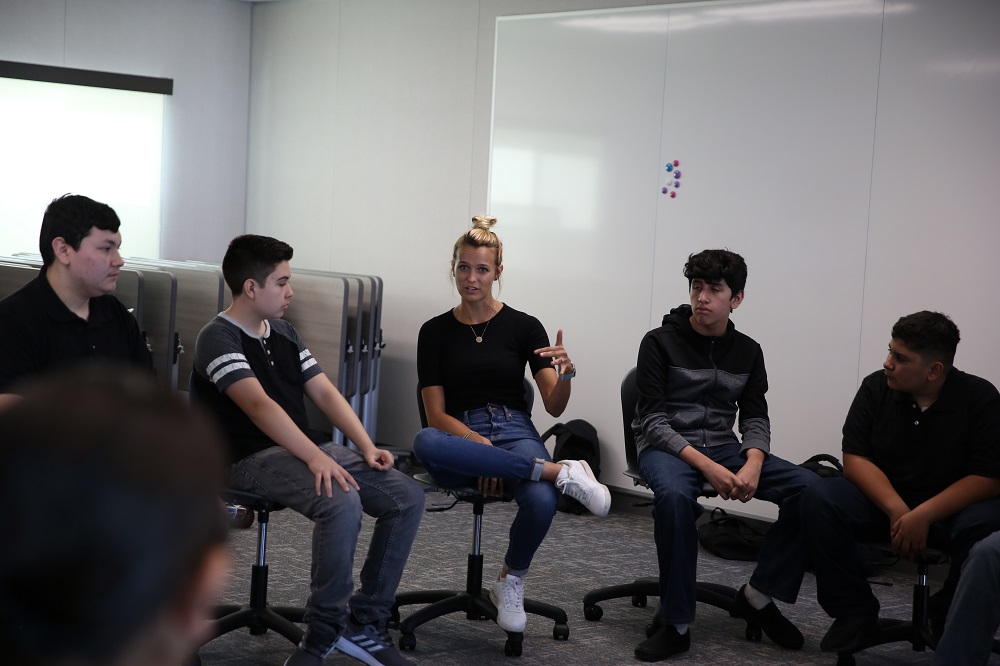