Paramount, CA – Two Paramount Unified middle schools were honored in January at Staples Center after one won a robotics challenge and the other finished second place in the Los Angeles Clippers Read to Achieve educational program.

The Panthers built, designed and programmed a “Buzzer Beater” robot that shot a ball into a basket with nearly 100 percent accuracy. The group competed during the STEAM Fair at the Staples Center on Jan. 13, prior to a Clippers home game. As a result of the triumph, Paramount Park will receive a $2,000 grant from the Clippers to continue its STEAM curriculum.

In the reading challenge, more than 150 Zamboni Middle School students helped the school to finish second in minutes read among participating middle schools across the state.

Zamboni sixth-grader Melody Bradley was recognized before the tipoff of the Clippers Jan. 17 home game as the top student in her grade level among all schools participating in the Read to Achieve Minutes Challenge. Melody logged 14,841 minutes – nearly 250 hours – from Oct. 2 to Nov. 10.

Paramount Unified is enjoying its second year of participation in the Los Angeles Clippers educational programs, which include the Minutes Challenge, where students log their minutes as they read books, as well the STEAM fair.

“The programs have proven to be quite popular with our students, inspiring them to continue developing their academic skills outside the classroom,” PUSD Superintendent Dr. Ruth Pérez said. “Paramount is committed to providing every student access to the educational tools they need to become college-bound lifelong learners.”

Bradley’s individual victory came with a Clippers “Read to Achieve” T-shirt, a commemorative plaque and she was selected to participate on the Clippers Student All-Star Reading Team.

Percy Jackson & the Olympians fantasy series by Rick Riordan. Already looking toward high school, Bradley wants to study math and technology and apply her knowledge to a potential career in medicine.

“I love to read because it brings you into new worlds that you could never imagine,” Bradley said. “I am already looking forward to next year’s challenge. I want to be the seventh-grade winner.”

“I am very proud of my students, who have come a long way in such a short time,” Paramount Park Robotics teacher Rene Rodriguez said. “We started the Robotics Club two years ago, as part of our Project Lead The Way engineering curriculum. We had two teams working on the robot. One team developed the blueprints to build the robot, and the other team did the coding to allow it to function.”

“Our District has formed a valuable partnership with the Clippers’ program and it’s bringing out the best in our students,” PUSD Board President Vivian Hansen said.

020718_PARAMOUNT_READTOACHIEVE1: Zamboni sixth-grader Melody Bradley celebrates with her first-place certificate after claiming top student honors in her grade level among all schools participating in the Read to Achieve Minutes Challenge. 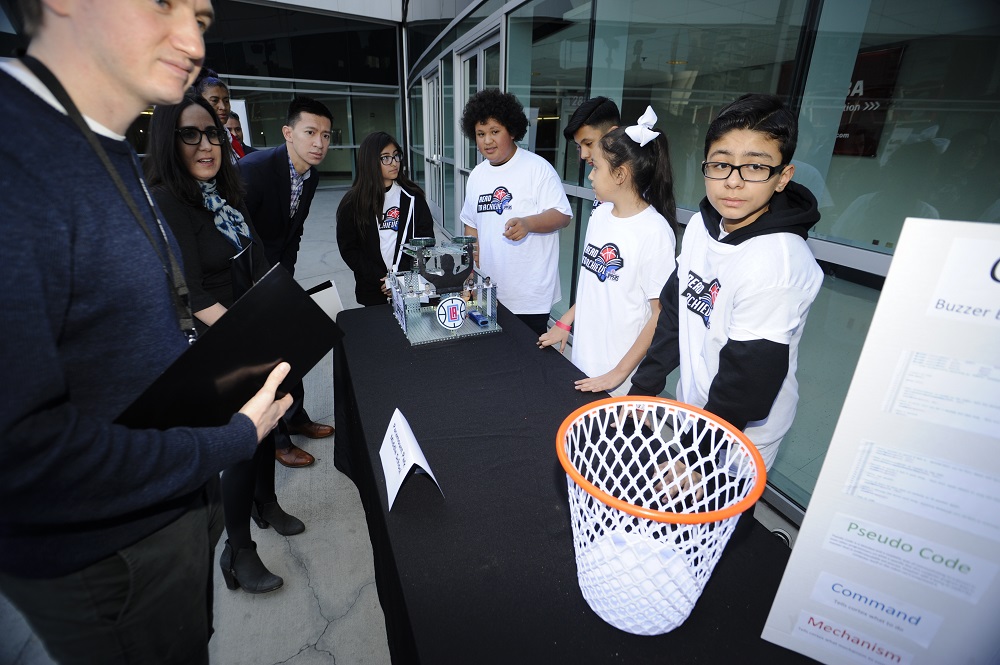 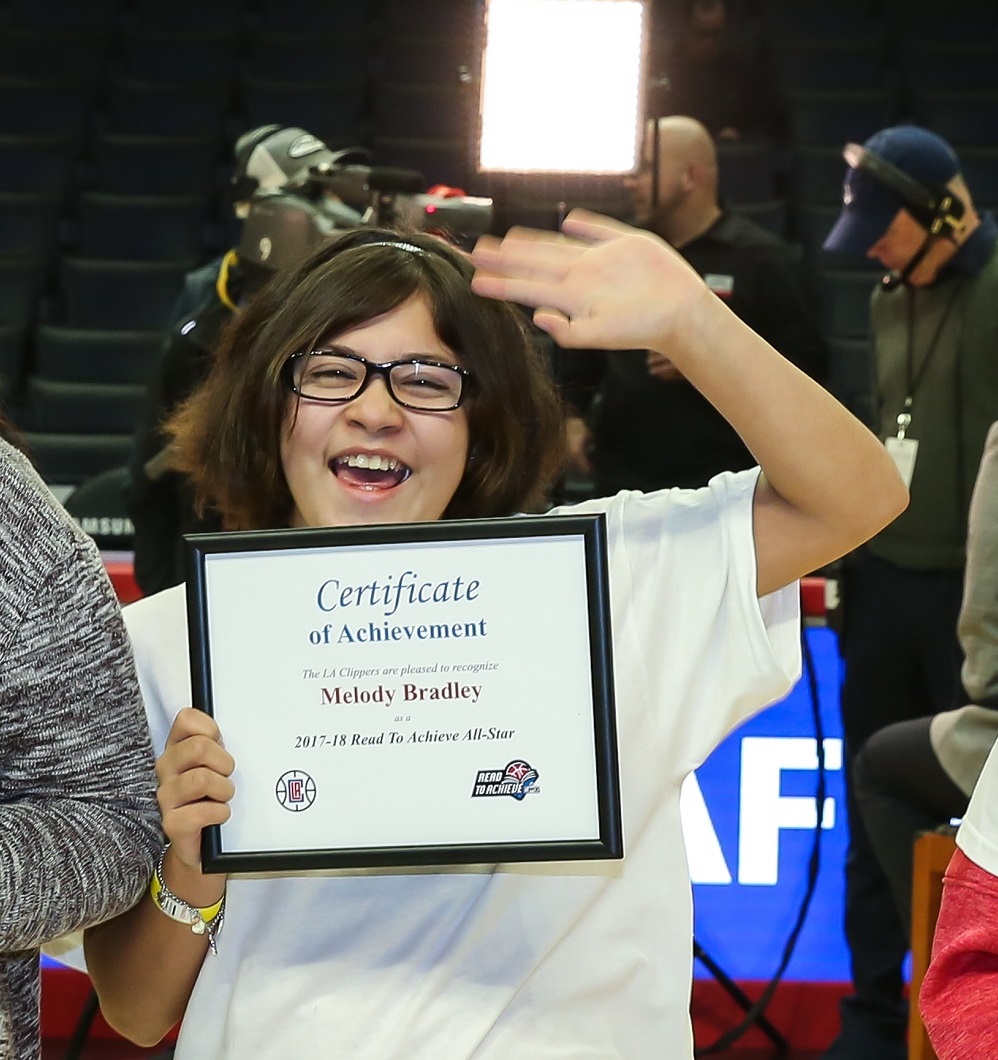