Paramount, CA – Paramount High School senior Steven Hurtado had never set foot on a golf course, but on March 11 he found himself walking step for step with Hall of Fame golfer Vijay Singh at the Toshiba Classic professional tournament in Newport Beach.

Hurtado wasn’t shadowing as a fan, but as a videographer and working member of the media. He was one of five PHS seniors who received a paid internship to work the event through the school’s Career Technical Education (CTE) Media Pathway program.

“Seeing the players up close and personal, and working right alongside professional film crews was a cool thing to experience,” Hurtado said. “I walked right behind Vijay Singh as he did his victory walk and lifted the trophy. It was dramatic.”

The students were well prepared for the work as a result of the training they receive in their CTE curriculum, which includes video production, work with green screen and high-level photography.

“Through partnerships like Microsoft, and recently the Toshiba Classic, we’re exposing our young learners to valuable job shadow experiences.”

Rivera said he used three different lenses for his Nikon P610 camera at the Toshiba Classic, to account for outdoor shots, indoor and low light scenarios. His biggest challenge was finding the designated areas that would yield the best photos, and knowing when to snap his camera – never during a golfer’s backswing. The film crew used drones to capture aerial shots.

“Our students showed great skill and maturity throughout the Toshiba Classic event, and I couldn’t be prouder of them,” Sewell said. “The opportunity to work a professional event gives them a glimpse into potential career paths that will keep them inspired.”

The Toshiba Classic opportunity came about fortuitously. Sewell was flying to a teacher conference in Nashville, Tennessee, and ended up seated on a plane next to tournament director Jeff Purser. The two struck up a conversation and, ultimately, a partnership. Hoag Charity Sports, which runs the Toshiba Classic tournament, purchased additional equipment for the students to use and paid them $150 apiece for their services.

“We are so thankful to Hoag Charity Sports and everyone at the Toshiba Classic who allowed our students to enjoy the experience of a lifetime,” PUSD Board President Vivian Hansen said. “We look forward to future opportunities that allow our young people to pursue successful career paths.” 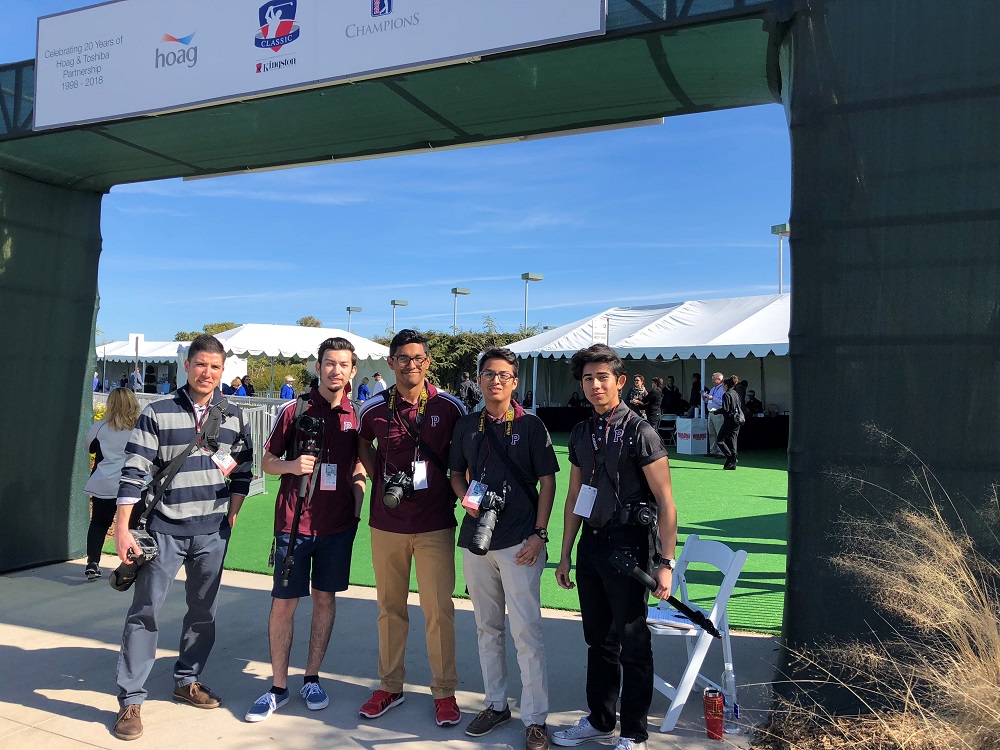