The Vikings entered the playoffs unseeded, but their unranked status did not stop them from making the most of the opportunity. Throughout the playoffs, they reminded themselves of their coach’s mantra—refuse to lose.

Entering the final set, the Vikings were ahead 9-8, but with doubles team Costanza Dominguez and Giselle Figueroa trailing behind their competitors 3-2 in the last match, the title was on the line. Ultimately, Dominguez and Figueroa overcame the 3-2 deficit and won the championship for Northview High School.

“Winning CIF means quite a bit for the girls and myself,” Northview High Girls Varsity Tennis Coach Brian Rice said. “Over the period, they exemplified what teamwork is and what it meant for all of them to really accomplish their goals.”

The win was a culmination of hard work and commitment for the Vikings; as much of the team consisted of girls new to tennis, the team focused on polishing and perfecting the sport fundamentals.

“We worked so hard to get to where we are today,” Northview High senior and girls varsity tennis captain Jessica Gustafson said. “As a team, we could tell when we won because we all helped each other out and celebrated.”

Rice said he hopes his athletes continue to understand the significance of hard work and working together as a team, adding that he is grateful his athletes have become a community and support each other on and off the court.

“Congratulations to Brian Rice and the Girls’ Varsity Tennis Team on their outstanding accomplishment,” Northview High Principal Dr. Ryan Parry said. “Their extreme focus, drive and determination has paid off as they are now CIF champions.” 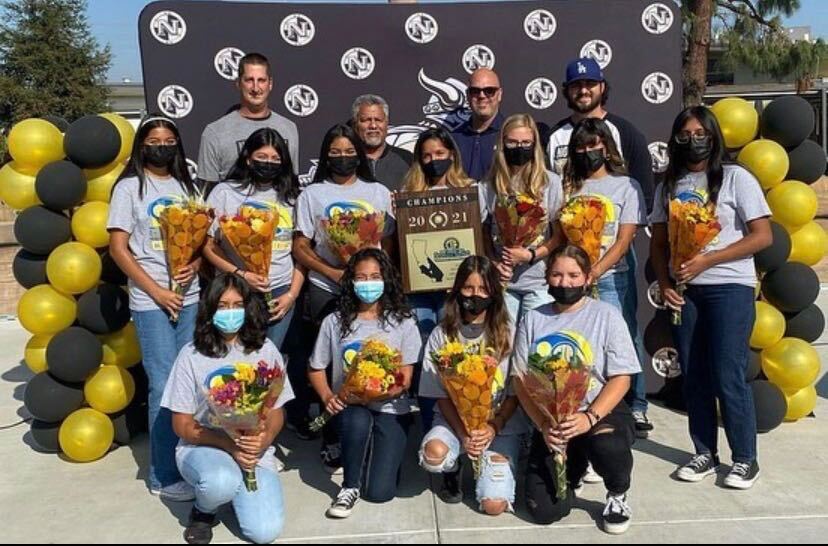