Lynwood – Lynwood High School student-athlete Rayah Marshall is used to garnering national attention and drawing crowds, but even she was a bit surprised by the swarm of people that showed up to her Labor Day weekend celebration.

Marshall had decided to reveal her much anticipated college destination amongst a small group during a cookout, but it quickly turned into a blowout.

“It was supposed to be something small, maybe a couple of family members, but word really spread and there were so many people,” Marshall said.

The crowd, and the basketball world, knew that Marshall had narrowed her choices down to California, Oregon, and USC, but no one besides Marshall – not even her parents – knew of her final decision.

Marshall popped a balloon to reveal the cardinal and gold colors that made it official – she’s staying home to attend USC.

“USC had all of the things I was looking for: they offer a lot academically, a good basketball program, and it’s close to home,” Marshall said.

The ‘home’ factor cannot be underestimated for Marshall who credits her work ethic in the classroom and on the basketball court to the habits she developed locally. She was born at neighboring St. Francis Hospital and began participating with the Lynwood High summer traveling team when she was just in the seventh grade. Those teams often work to raise money for their traveling expenses and adhere to strict training.

Marshall remembers waking up at 5 a.m. and catching two buses to make some morning workouts.

“Rayah has always been committed to working hard in every aspect of her life, and her family is great at leading her in the right direction,” Ellis Barfield, Lynwood High Girls’ Basketball Coach, said. “She has a gift for the game of basketball, but she is equally committed to her studies and wants to be special.”

Marshall boasts a 3.7 GPA and has a wide array of interests that include one day working with youth.

On the basketball court, the 6-foot-3 Marshall has been dominant throughout her high school career, quickly earning a national ranking. Last year, she averaged around 25 points and 15 rebounds while leading the Knights to a deep run in the Division 1 CIF-SS Playoffs.

But what’s equally appealing to Marshall is how her achievements can inspire her community.

“I’ve always known that earning attention brings a lot of positive light to people around me, and brings a lot of happiness to people’s lives,” she said. “Hopefully, people see me and also say ‘I can make my dreams happen, too.’ ”

Choosing USC ensures that Marshall’s local influence will continue to spread faster than news of her Labor Day gathering.

“We are proud to have Rayah as a student leader who is building on our legacy of achievement,” LUSD Superintendent Gudiel R. Crosthwaite said.

Marshall joins a group of recent Lynwood graduates ascending to top universities, including Lynwood High’s Jaren Johnson who announced he would attend Dartmouth before graduating this past summer.

“Rayah is impressive in so many ways, but particularly in her desire to use her talents to impact other people,” LUSD Board President Gary Hardie Jr. said. “That’s a trait we should all strive to emulate and spread throughout Lynwood.”

091020_LUSD_USC1: Lynwood High School basketball standout Rayah Marshall has committed to attend USC after excelling on the court and in the classroom for the Knights.

091020_LUSD_USC2: Lynwood High School senior Rayah Marshall boasts a 3.7 GPA and has a wide array of interests that include one day working with youth. 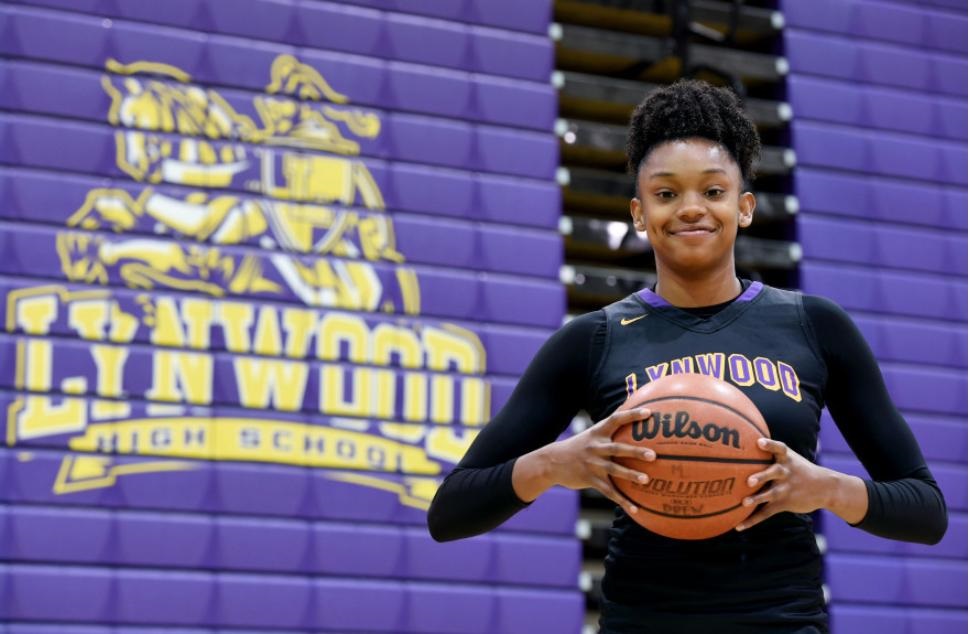 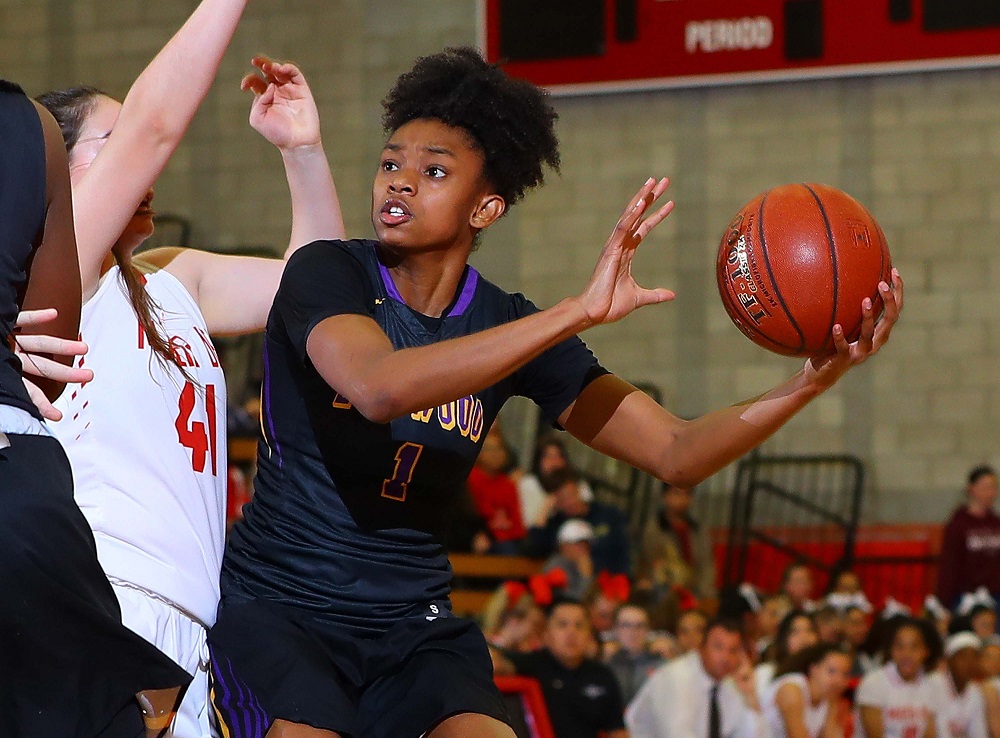