A total of 320 teams are advancing to the worlds; of those, only 148 qualify for their performance on the field.

“Having two teams qualify from the same city is special and impressive, especially considering one is a middle school,” Clifton Middle School robotics program coordinator Paul Flores said. “Success does not just happen – it takes innovation, critical thinking and an uncommon commitment to achieving excellence. Each team was able to fix or adapt to the obstacles they faced to ultimately win the championship.”

Three other teams from Monrovia High competed at the Regional Competition, including Graveyard Shift, Team Loki, and the Suitbots, gaining invaluable experience and honing their skills.

“Success in robotics should not be measured by how far the robot advances in its competitions, but by what happens inside the team and inside the student,” MHS robotics program coordinator Tom Dobson said. “It is in the things that are learned, relationships that are built, and the experiences that are had.”

03-09-19_MUSD_Robotics 1: Monrovia High School’s Kings and Queens show off their robot after their win at the Robotics Regional Competition on March 9. The team is advancing to the World Championships in Houston, Texas in April.

03-09-19_MUSD_Robotics 2: Clifton Middle School’s Hippie Bots (front row) are advancing to their first-ever World Championships after their win at the Robotics Regional Competition at Monrovia High School on March 9. 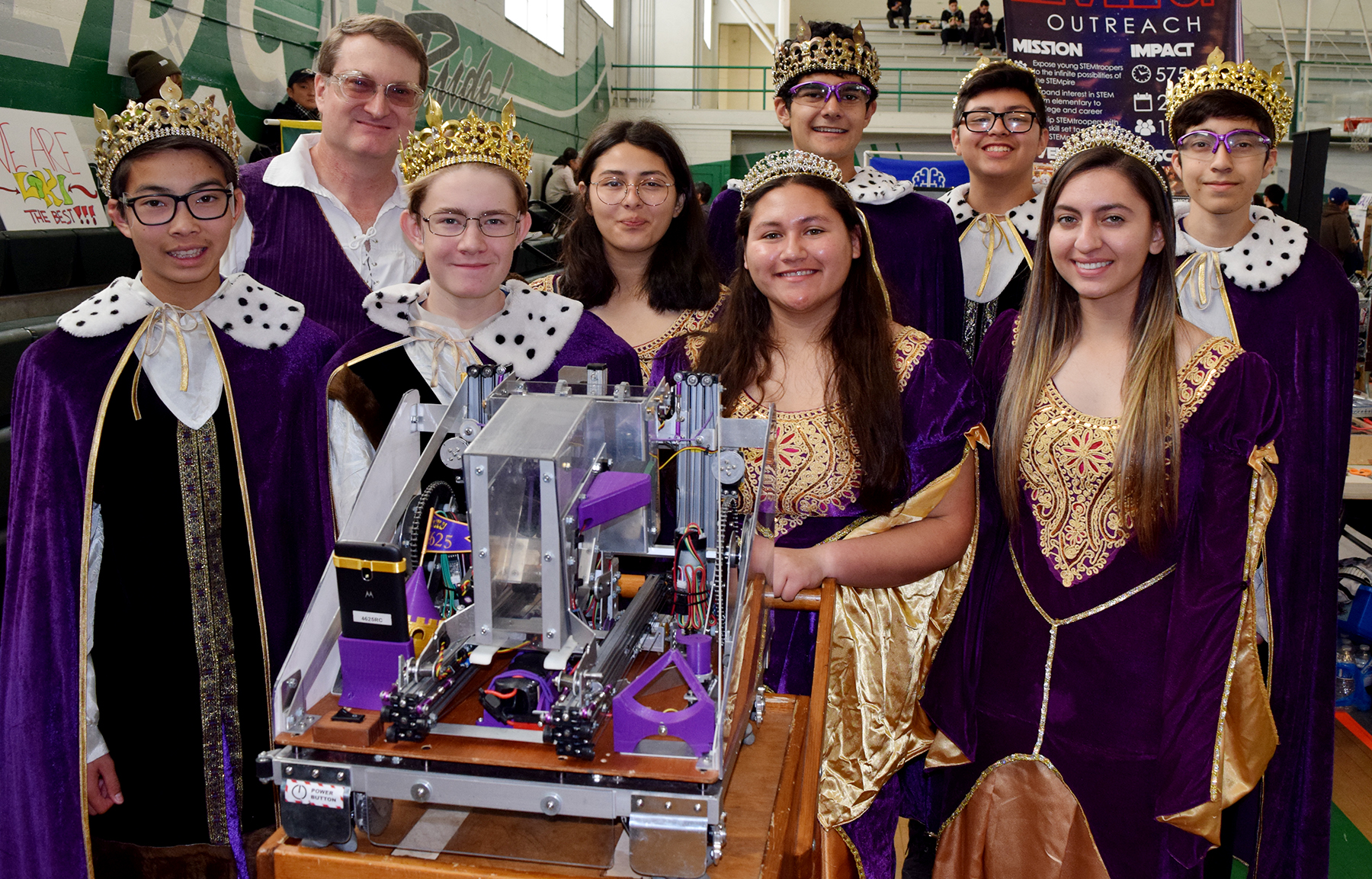 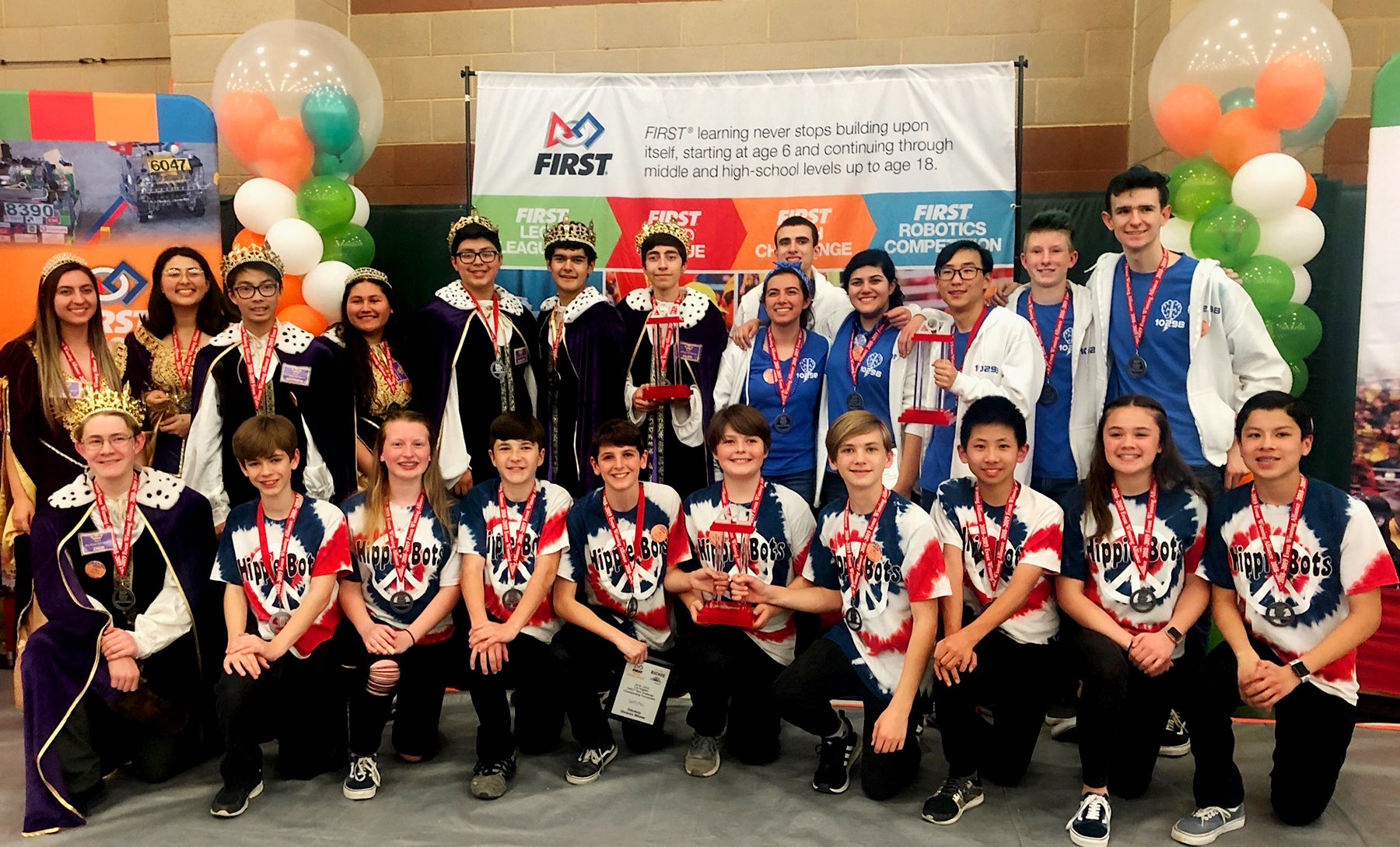