MONROVIA, CA – Parents, administrators, and other community members observed Mayflower Elementary students as they showed off characters they built for stories and video games during an Epic Build Showcase on Nov. 7.

During the showcase, parents toured classrooms and watched students solve problems with commands and specific coding directions while demonstrating their coding accomplishments.

Epic Build showcases teach parents and the community the importance of Code to the Future, a computer language immersion program that incorporates coding across all subjects. During the showcase, students became the instructors, explaining how the projects were completed.

Visitors celebrated the coding accomplishments that students in kindergarten – through fifth grade had completed so far this school year with high-fives.

“I have been in coding since I was in first grade,” third-grader Alyson Carroll said. “I have gained confidence in coding and now feel comfortable coming up on stage to present my projects.”

Plymouth Elementary, which also has a Code to the Future curriculum, will host a similar Epic Build Showcase on Nov. 16.

“The Epic Build showcases are a way for our students to engage not only with one another, but with parents and community members, as well,” Board President Terrence Williams said. “Through Code to the Future, our students will gain the confidence they need to pursue science and technology career paths in the future.”

Students work with block-based coding and JavaScript, and engage in hands-on programming, robotics, and analog activities.

“One of our priorities at Mayflower Elementary is to ensure our students are being prepared for the future,” Principal Michele Costarella said. “The Code to the Future curriculum includes assignments and projects that make students critical thinkers and problem solvers.”

Through learning code, students hone their ability to communicate with one another. Beginning in kindergarten, students apply the logic of computer science by creating loops, sequences and animations. By second grade, students begin building video games; by fifth grade, students skillfully combine coding concepts with an integrated story.

“The Code to the Future curriculum engages students in problem solving and persistence,” Superintendent Katherine Thorossian said. “Through experience, students learn that the problems they face can be solved in a methodical manner. We are honing life skills, not just in preparing for future careers, but also for navigating life.”

11-07-18_MUSD_EpicBuild1: Parents watch as a student demonstrates his coding project during a Code to the Future Epic Build Showcase on Nov. 7 at Mayflower Elementary.

11-07-18_MUSD_EpicBuild2: Students show off coding projects that include video games and character building during an Epic Build Showcase on Nov. 7 at Mayflower Elementary. Visitors learned about the projects and attempted coding, as well. 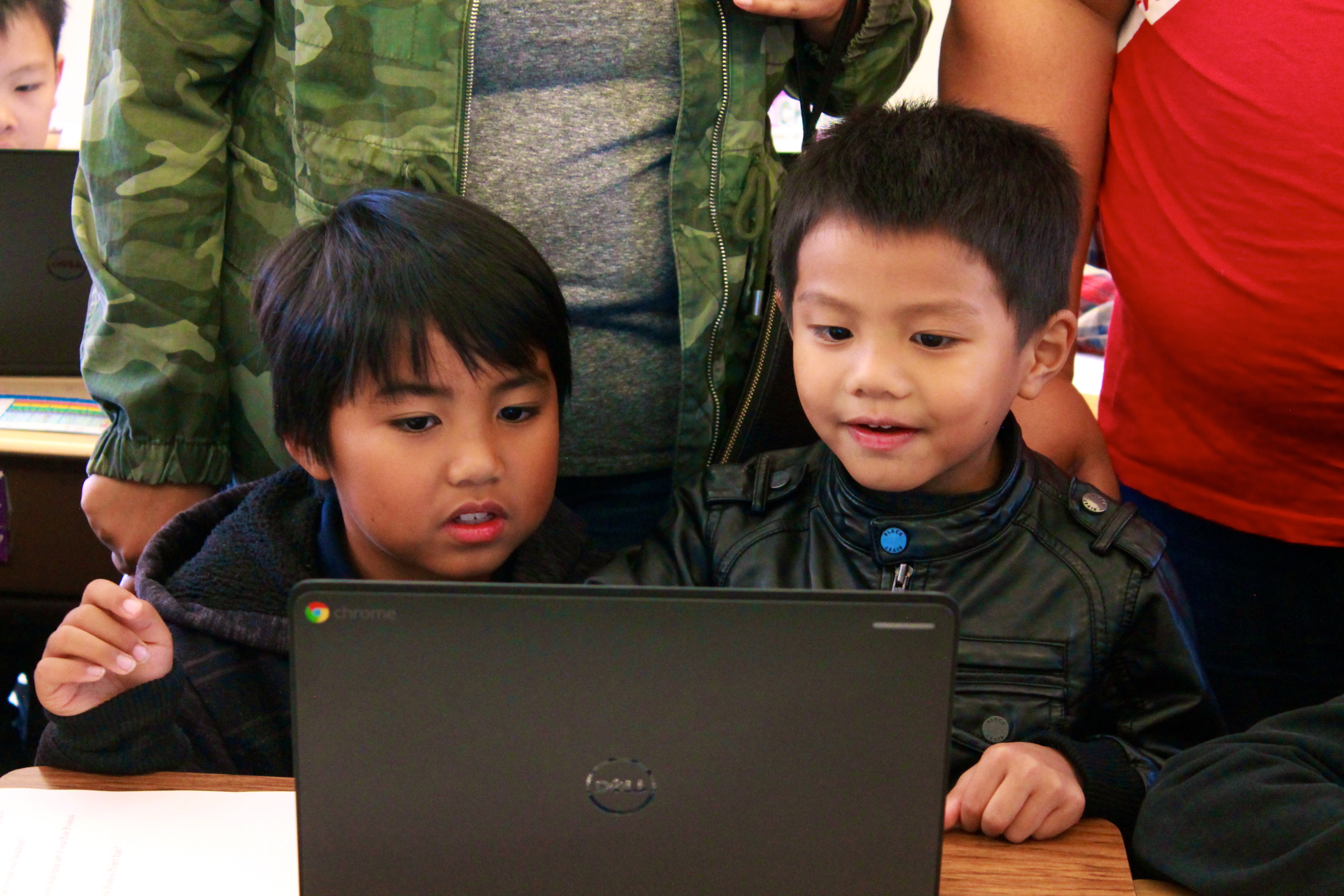 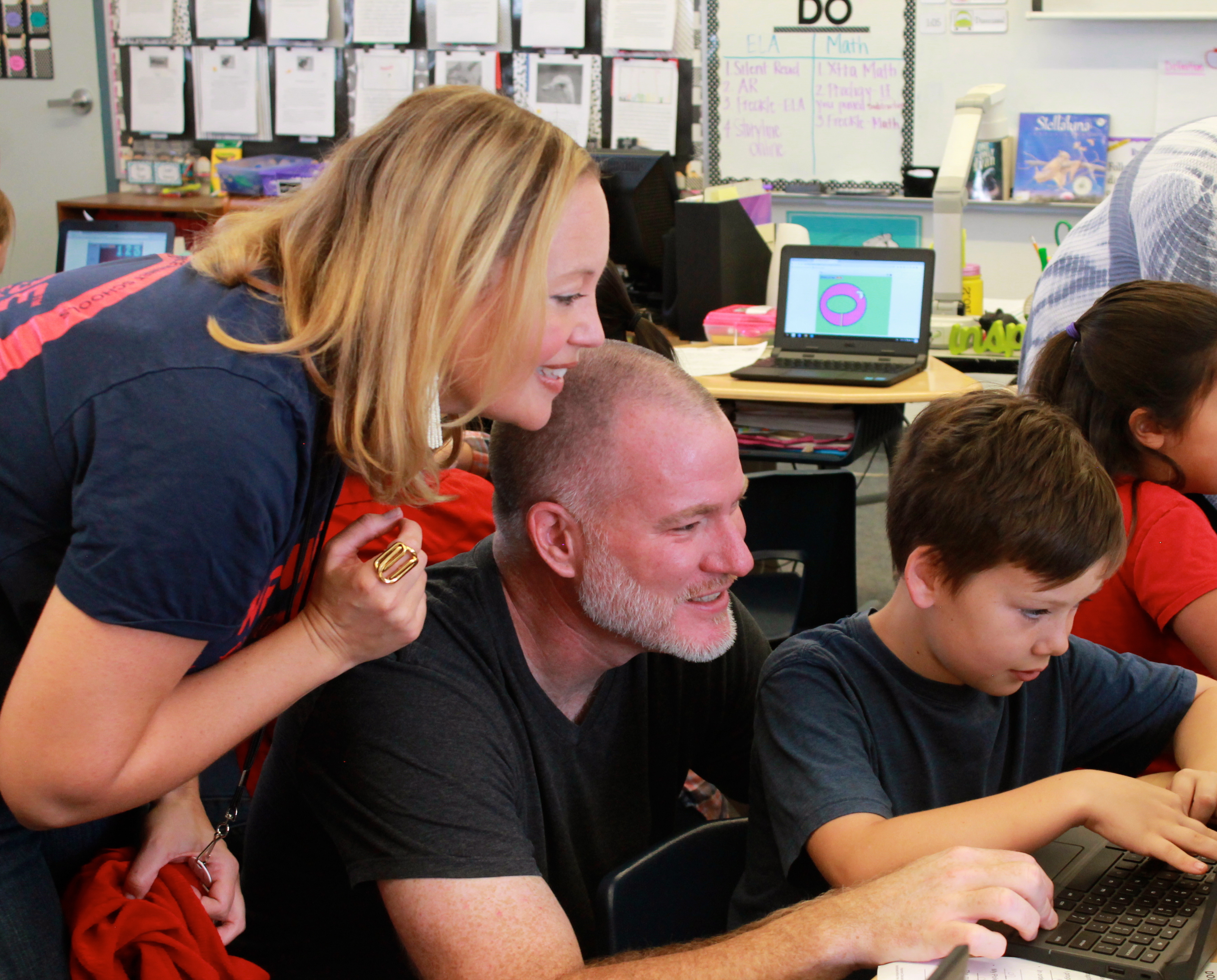