MONROVIA – Monrovia families are buzzing about expansions in instructional options at Wild Rose School, including this year’s successful restructuring as a School of Creative Arts and the 2019-20 addition of dual language immersion in Spanish.

Spaces in the Spanish language program are already limited and the school is celebrating a partnership with Disney Musicals in Schools that helped bring students to the big stage at Monrovia High School’s Louise K. Taylor Performing Arts Center.

“We are overjoyed and impressed by the successes at Wild Rose this school year,” Superintendent Katherine Thorossian said. “Monrovia Unified is committed to the arts and we know our students gain valuable experiences, knowledge and skills to continue to pursue their passion in the arts. We look forward to another successful and exciting school year.”

Under the leadership of Principal Leslie Rapkine-Miller, Wild Rose celebrated the school’s renaming on Sept. 7 during an event marked by student performances. The shift integrated visual and performing arts across all core curricula to enhance student learning and achievement. Students worked year-long, exploring their interests in vocal music, show choir, dance, ceramics, theater, and band.

In fact, these programs are providing a win-win for the school. Previous years had seen a decline in enrollment throughout the San Gabriel Valley. However, in addition to providing greater depth of program for the students, the arts emphasis and dual language program have also transformed the school, breathing new life into its student population.

“It’s this sort of creativity, which feeds our students while also managing our population, that highlights the successes we’re seeing by the leadership at Wild Rose,” Thorossian said.

In December 2018, Wild Rose was awarded the Disney Musicals in Schools grant, which provided students with 17 weeks of training with theater professionals in preparation for their Disney “Lion King Kids” Spring 2019 production. Wild Rose was one of five Los Angeles County schools chosen for the honor.

“Monrovia Unified moved to rename Wild Rose as a way for our students to pursue their interests in a more in-depth, focused way,” Board President Ed Gililland said. “At Wild Rose School of Creative Arts, our students are exposed to high-quality arts programs that will help them gain confidence as they move on to middle school, high school, and beyond.”

On Jan. 18, Wild Rose students took to the stage to perform their rendition of “Aladdin” at the Louise K. Taylor Performing Arts Center. The show proved to be a hit throughout the community, and Rapkine-Miller negotiated for the school’s “Lion King Kids” production to be a community show, as well.

On April 19, Monrovia’s community enjoyed lively performances of fan-favorites such as “Circle of Life” and “I Just Can’t Wait to be King,” as 50 student actors impressed the audience with their final production of the year.

As the conclusion to the Disney Musicals in Schools grant, Wild Rose students performed a number from “Lion King Kids” at the Ahmanson Theater on April 29 and were later joined by the four other grant winners for a final number.

“Our teachers and students received invaluable support and professional development in theater arts,” Rapkine-Miller said. “The training elevated our theater program and excited our students and teachers for what’s to come at Wild Rose School of Creative Arts.”

Classes, which will begin in August for transitional kindergarten and kindergarten, are already nearing capacity. Wild Rose is now the second elementary school in the District to offer the program.

06.09.19_MUSD_Wild Rose 2: Wild Rose School of Creative Arts students perform a number from “Lion King Kids” at the Ahmanson Theater on April 29. The performance celebrated what students had learned during their 17 weeks of training with theater professionals. 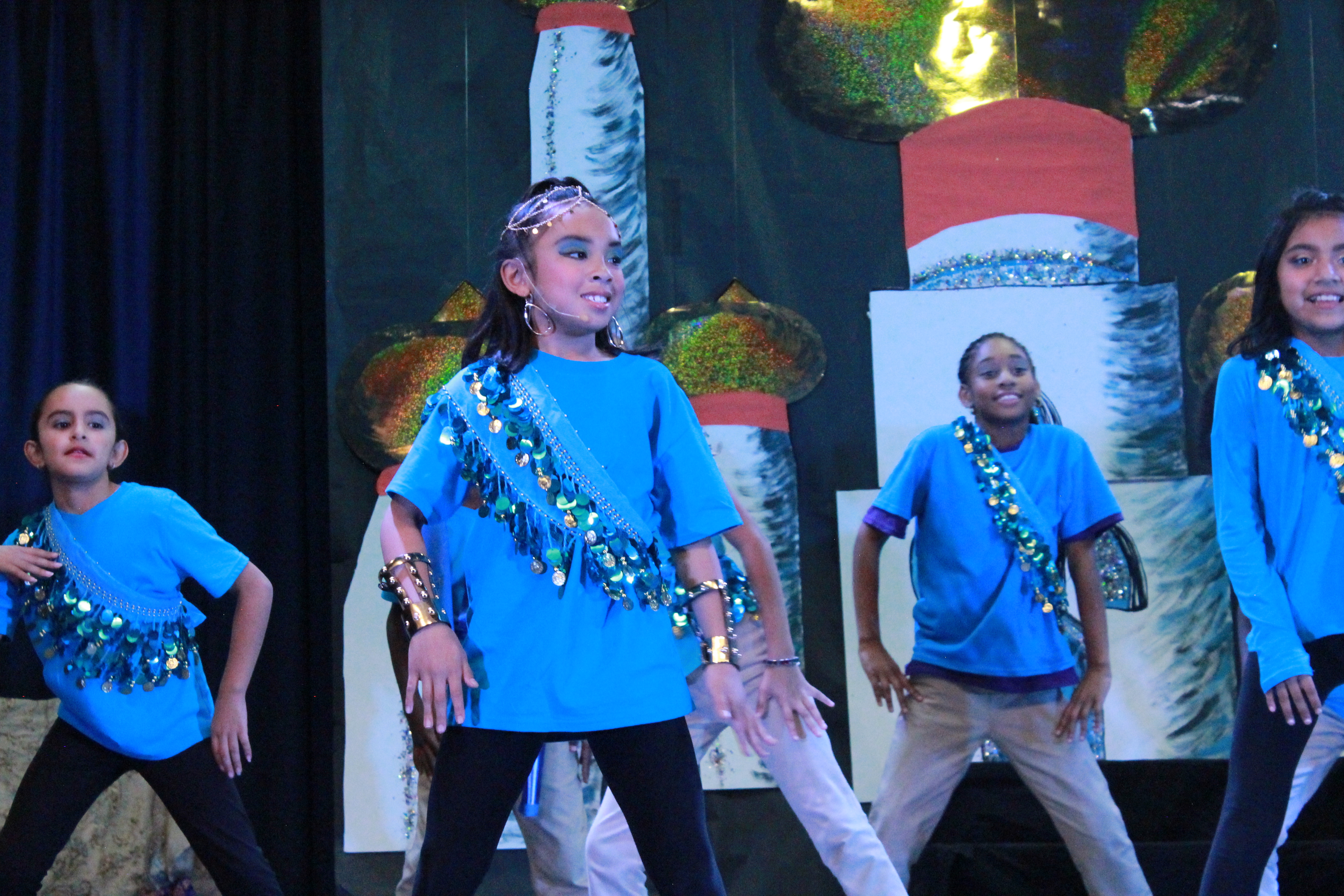 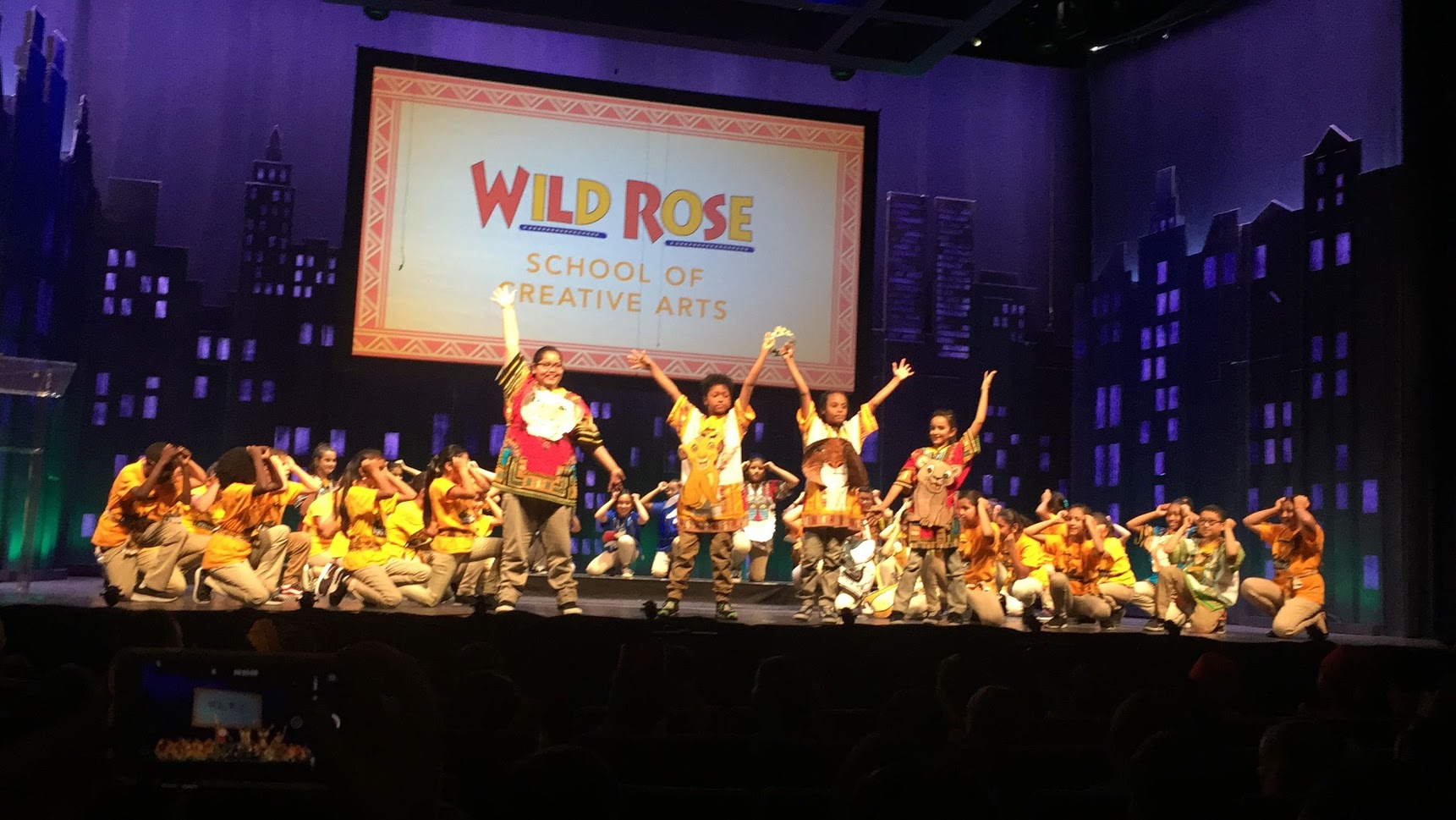