MONROVIA, CA – Community members filled the Monrovia High School bleachers on Oct. 12, chanting for the Wildcats and supporting breast cancer Awareness by dressing in all pink during Monrovia’s Homecoming game.

The game, which doubled as a celebration for the school’s 125th anniversary, brought students, families and alumni together to share their pride for Monrovia.

“Our Homecoming game is a great opportunity for us to not only celebrate our high school, but also invite back all of our alumni,” Principal Kirk McGinnis said. “These 125 years represent persistence, tradition and dedication. I don’t know many schools in this area that have been around that long, and I think it is a testament to the work we have done as a District.”

During halftime, Board of Education President Terrence Williams expressed his pride of being a part of Monrovia’s community, leading the crowd in singing Happy Birthday to the school. The Homecoming Court also was presented, naming senior Anthony Tyus and senior Jessica Mejia King and Queen. The halftime celebration was concluded by a fireworks show.

“Throughout my time serving on the Board of Education, many Wildcats have gone on to continue their success after graduation, and I know their success is credited to the opportunities offered to them here,” Williams said. “All of us here tonight are the perfect representation of what it means to be a Wildcat.”

The Wildcats secured the win over La Canada, 42-0, when the game was cut at halftime due to a lightning storm.

“We are very proud of our student athletes who played exceptionally well during their Homecoming game,” Superintendent Katherine Thorossian said. “We are excited to be celebrating 125 years and look forward to providing our students with rigorous academic programs and pathways for years to come.”

10-12-18_MUSD_Homecoming_1a: Monrovia High Principal Kirk McGinnis (left) and Board President Terrence Williams talk about their pride for Monrovia High’s academic success. Williams helped lead the crowd in singing Happy Birthday to the school to celebrate its 125th anniversary during the Homecoming game on Oct. 12.

10-12-18_MUSD_Homecoming_2a: Monrovia High School’s Homecoming Court was recognized during halftime, which ended with a fireworks show during the game on Oct. 12.

10-12-18_MUSD_Homecoming_3a: Monrovia High’s band opened the Homecoming game on Oct. 12, and kept the crowd excited with music they could sing along to. 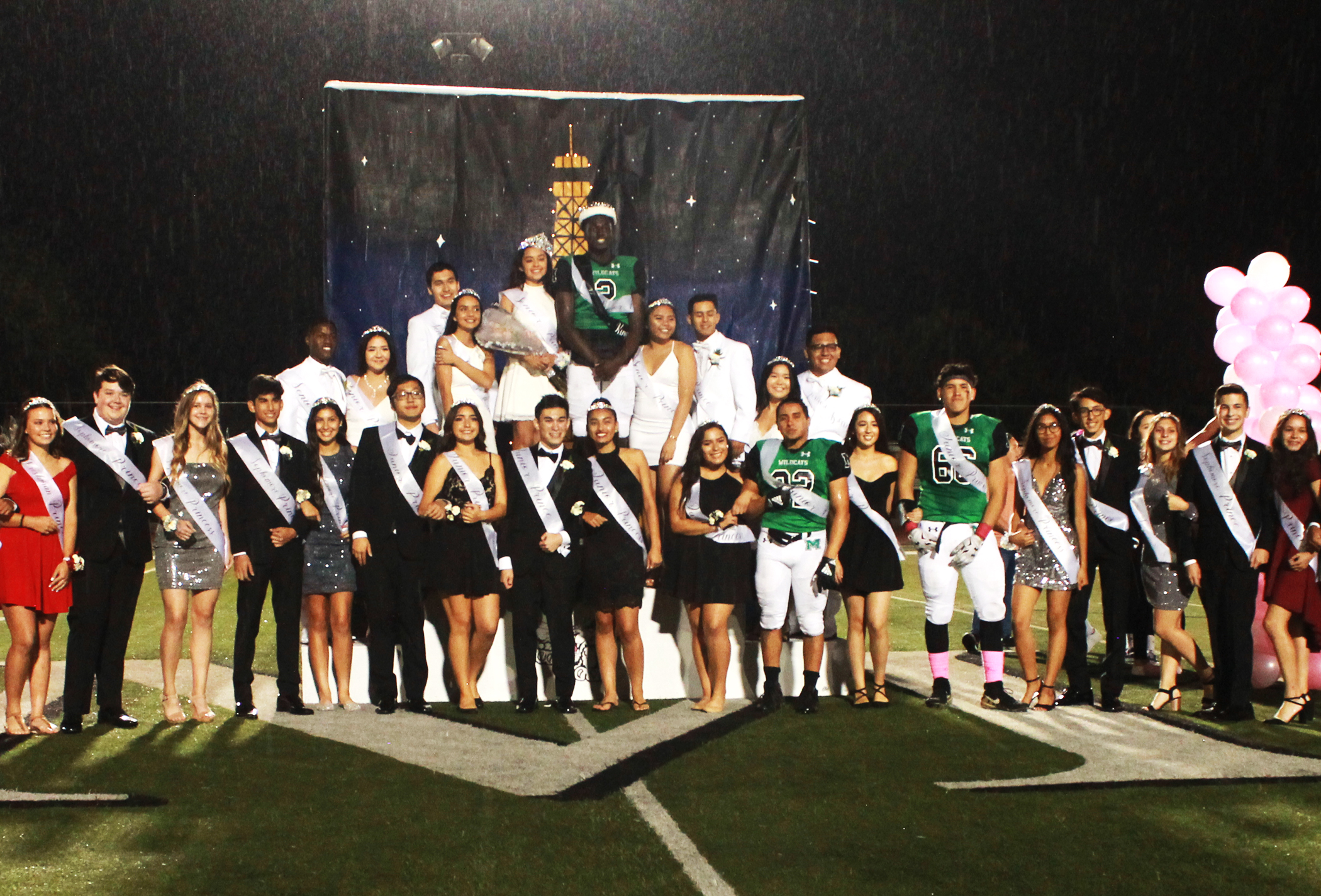 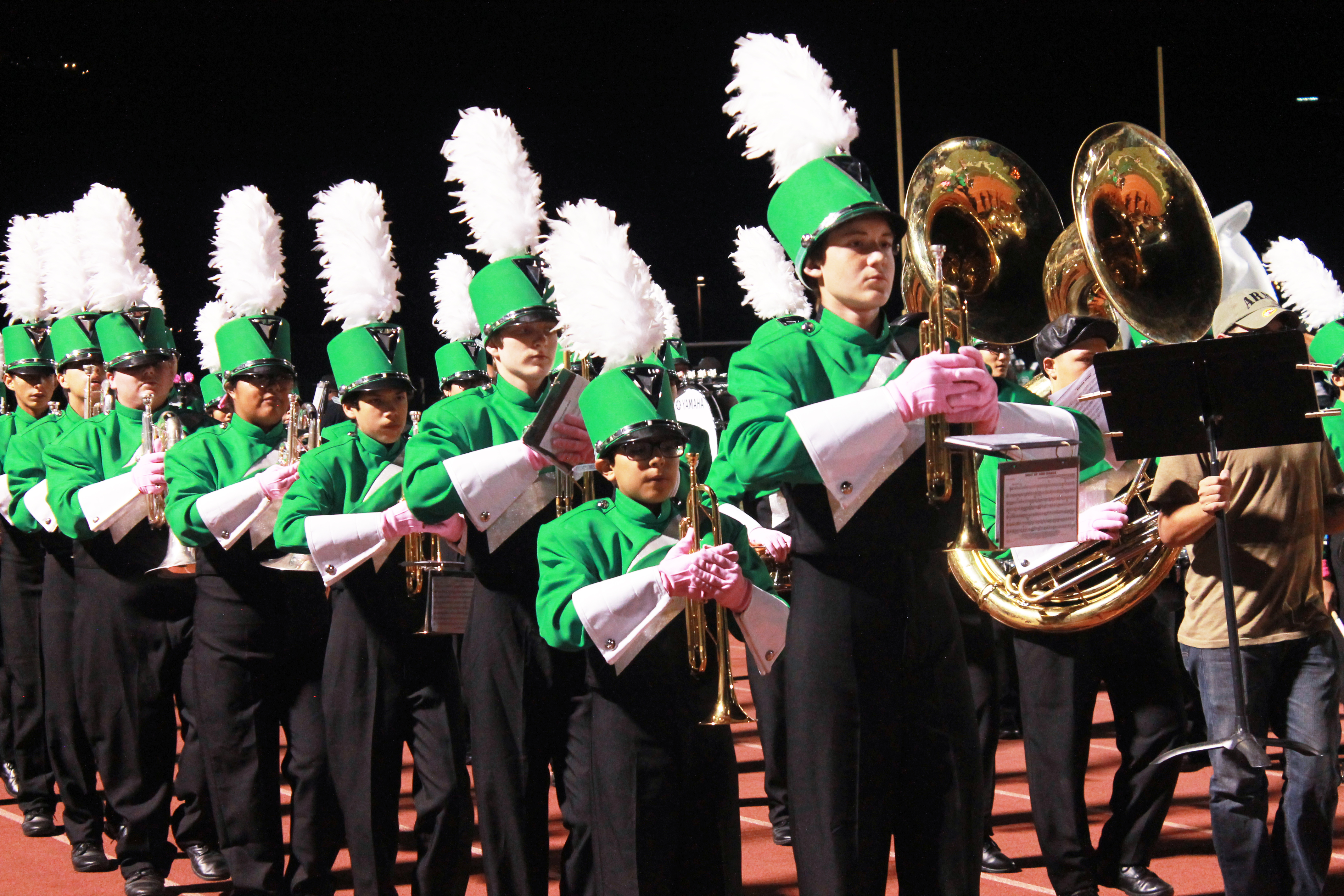 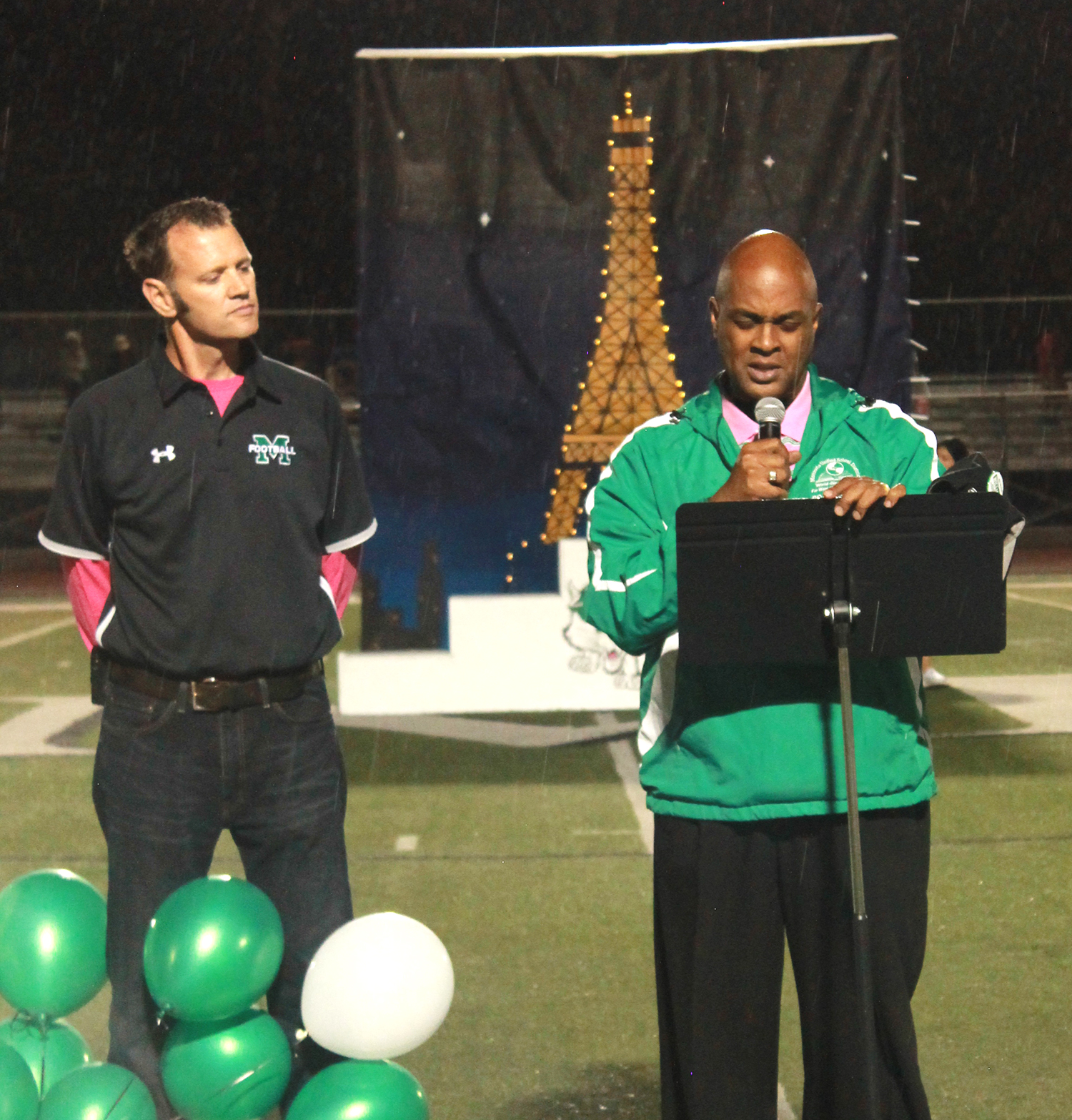