MORNOVIA, CA – Monrovia High’s Suit Bots robotics team is in Houston, Texas, from April 18-21 to compete in the FIRST Tech Challenge (FTC) World Championships, which features 30,000 competitors on 1,400 teams from more than 60 countries.

This is the second consecutive year the team has qualified for the competition.

“Robotics taught me about different types of engineering and it’s driven me more toward mechanical engineering, which is what I want to major in,” said Suit Bots member Kemyo Tadeo, a senior. “I like the unpredictability – one night your robot is going to work, the next morning it looks like someone completely changed it. It just stopped working and you have to figure out the issue and fix it.”

Suit Bots won the Connect Award at FTC Regionals and were finalists for the same award at Super Regionals, which qualified them for the world championships. Team members sought connections with schools, civic organizations, and local companies to learn new skills, such as how to laser cut parts and combat electrical problems on their robot.

“We knew the competition on the field would be rough, especially given the design of this year’s competition, which we knew would lead to very small margins of victory,” said Suit Bots team captain Eli Williams, a senior. “The Connect Award gave us the boost we needed to make it to Worlds for the second year in a row.”

The 2017-18 FIRST Tech season challenge is “Relic Recovery,” in which a 12-by-12-foot field is divided into red and blue sides with two randomly selected teams for each color. Each team consists of two drivers and a coach. Teams score points for the number and patterns of stacked blocks placed in their goal zones and on the complexity of tasks completed in a two-minute window.

Teams can earn extra points during the last 30 seconds of the match by recovering golden relics – four yellow, plastic figures positioned in the corners of the square field – and placing them in a designated goal area outside of the field.

“Congratulations to our Suit Bots team for advancing to the World Championships, and to all of our schools’ robotics teams for putting in their best efforts in this competition,” Board of Education President Terrence Williams said. “Our students competed against some of the best teams across the nation and are able to connect with professionals to gain a better understanding of STEM-related fields.”

Robotics students made presentations for local businesses and civic groups, sharing information about their school’s robotics program. They also prepared publicity materials, designed poster boards, and compiled an engineering notebook. Highly detailed engineering notebooks are crucial for teams advancing to the world championship. Judges place as much emphasis on what goes into creating a robot from scratch as they do in how it performs in the competition.

To support the Suit Bots for travel and costs related to the FTC World Competition in Houston, donations will be accepted through https://www.gofundme.com/suit-bots-2018. 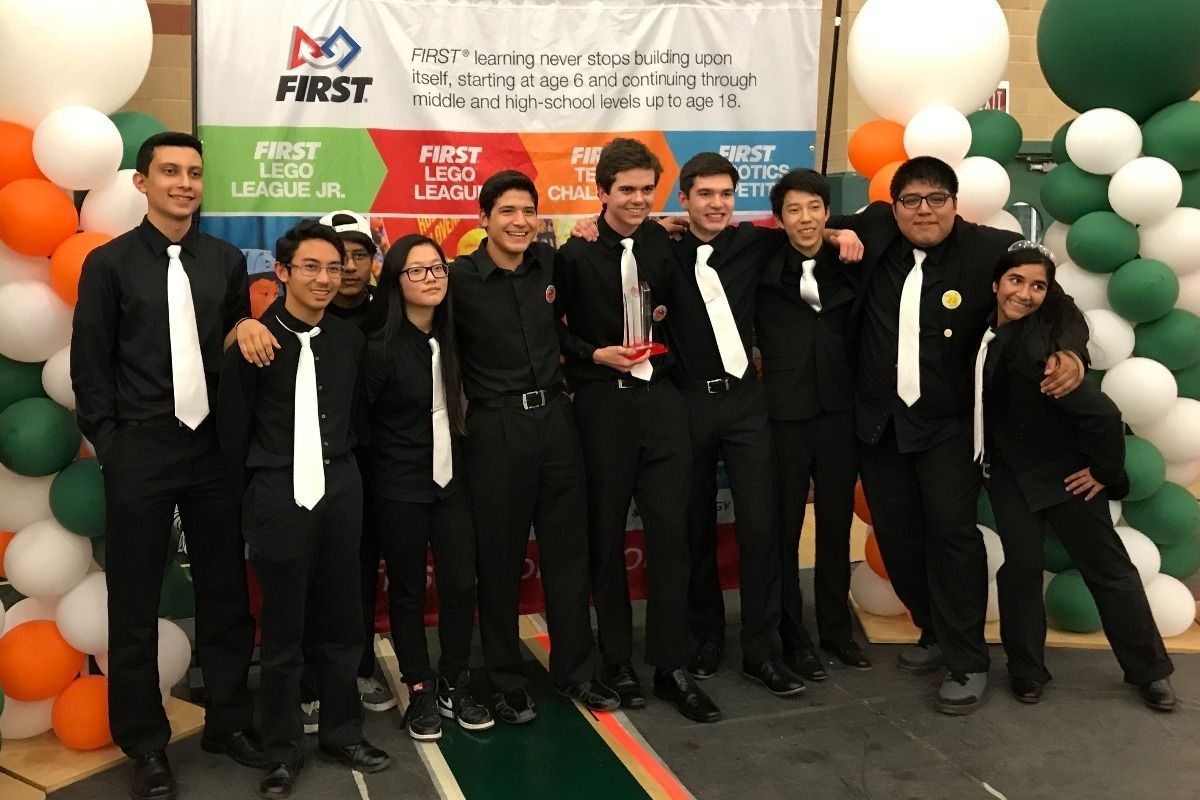