MONROVIA – Monrovia High School freshman Jordan Radnoti, known to classmates as “JRad,” has been racing for little over a year and already took first place in a Southern California mountain bike competition, racing on a 12.4 mile track with a time of 1:18:40 on March 18.

The Goldstate Series cross-country race introduces mountain bike racing to riders of all ages, levels, and genders, and hosts multiple races on a variety of terrain. Monrovia Unified has a 10-member mountain bike team, which includes students from Clifton Middle and Monrovia High schools.

“I love racing, the culture is so supportive,” Radnoti said. “Though we are competing, everyone cheers each other on. We are a family and it is such a positive atmosphere.”

Monrovia resident Sean Hickey is the head coach, assisted by his wife, Lisa, who serves as the team director. Their son, Nathan Hickey, is the 2018 season varsity points leader for the SoCal High School Cycling League, in which Monrovia High has competed since 2014.

League rules require that one team member must be of the opposite gender. When Radnoti received a bike for Christmas while she was a Clifton student, Coach Hickey asked her to go on a day ride with the team in 2017.

One of Radnoti’s first rides with her mountain bike involved pushing through overgrown shrubbery for miles, a terrain that Hickey feared would scare her away from the sport.

“Instead, Jordan had a smile from ear to ear,” Hickey said. “We were embarrassed that her first ride had so many obstacles, but Jordan gives all of her heart to everything she does. She brings joy to us all.”

Radnoti is no stranger to rough terrain. She serves as a goalie for the Pasadena Maple Leafs Bantam B team of the Southern California Amateur Hockey Association and the Los Angeles Lions Girls Hockey Program.

“Jordan is an outstanding and fearless student, exemplified by her passion in mountain biking and ice hockey, and putting her talent out in front of an audience to pursue her passions,” Monrovia Unified Board of Education President Terrence Williams said. “Her talent and determination serve as an inspiration to her peers.”

Radnoti is also an accomplished drummer whose rock band No Compromise won Monrovia High’s annual Battle of the Bands when she was an eighth-grader in 2017. Influenced by rock drummers such as Blink 182’s Travis Barker and Rush’s Neal Peart, Radnoti can translate her skills into the subtler rhythms of the Monrovia High Jazz Ensemble. She looks forward to participating in this year’s Battle of the Bands as an official Monrovia High student.

“It is so exciting to see future female leaders like Jordan prepare to make their own history,” Monrovia Unified Superintendent Dr. Katherine Thorossian said. “The District is committed to empowering all students to pursue their dreams, supporting them with rigorous curriculum, world-class teachers, and engaging extracurricular activities that spur innovation and creativity.”

041018_MONROVIA_JRAD: Monrovia High School freshman Jordan Radnoti (right) has been mountain biking for a little over a year and earned first place at a GoldState cross-country race on March 18. 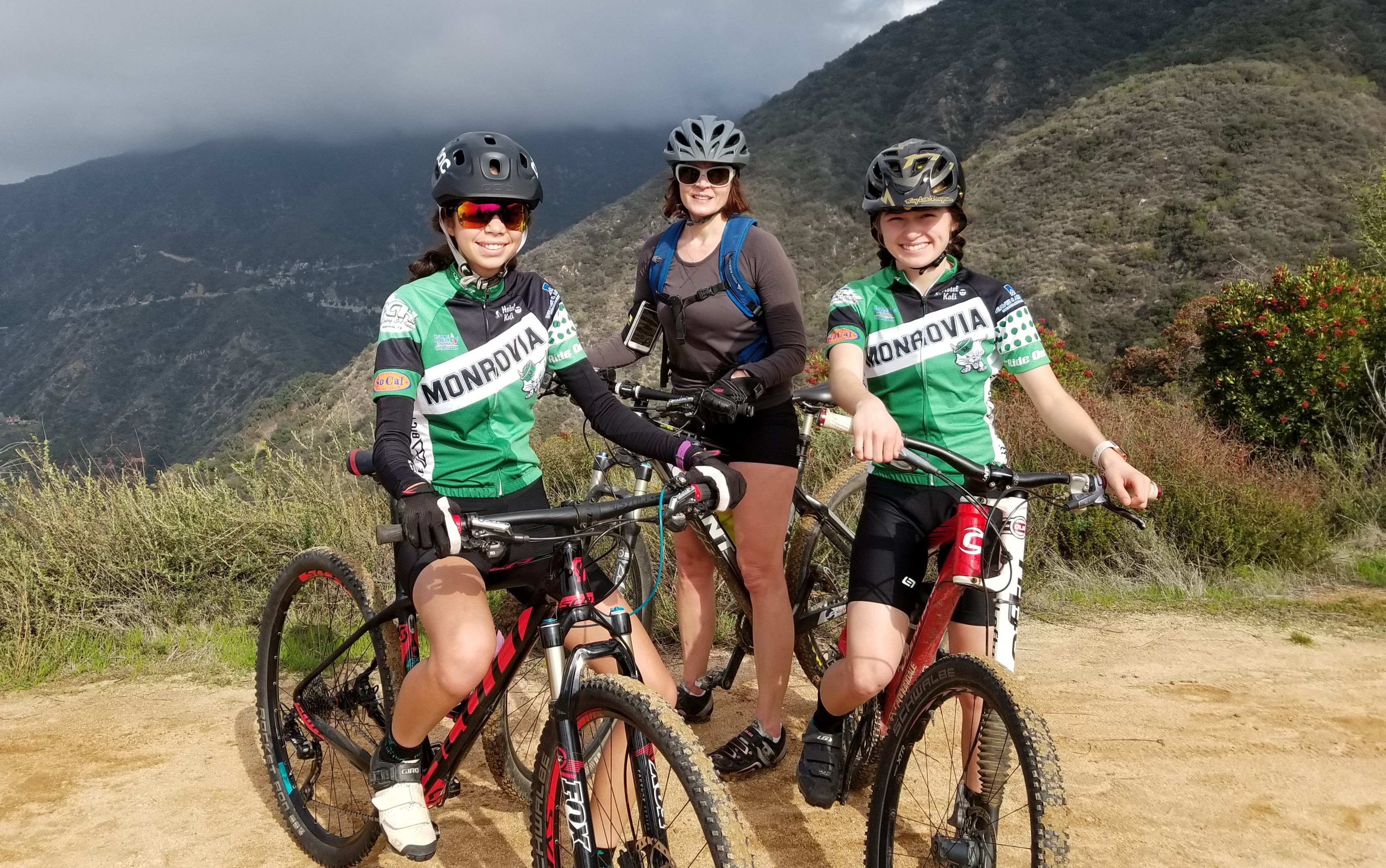