Lynwood – Lynwood Unified students Zion Bennett and Jose Laguna returned home from a trip to Rwanda as experienced international performers, after acting as American cultural ambassadors during an international arts festival where they helped stage two plays in front of a capacity crowd of 2,000 people.

Bennett and Laguna were chosen to represent Lynwood and showcase their acting and writing talents as part of the District’s Building Relationships and Inspiring Dialogue through Global Exchange (BRIDGE) Theatre Project. The students collaborated with the Mashirika Performance Arts Company during the festival and spent nearly two weeks in Rwanda from July 3-16.

“It was so amazing, a once-in-a-lifetime experience,” Laguna said. “I was nervous at first, but the students from Mashirika made us feel like we were home. Although the culture is so different, it was easy to make friends. I hope to see them again someday.”

The Ubumuntu Arts Festival, held July 13-15 at the Kigali Genocide Memorial Amphitheater, is a commemoration of the 1994 genocide against the Tutsi. The event brings actors, dancers and musicians from around the world to the Rwandan capital for three days of performances, panels and workshops.

“Zion and Jose received an opportunity to see what is possible in the world and they made the most of it,” BRIDGE Theatre cofounder Joe Quintero said. “They inspired their African counterparts and introduced them to American culture while learning about Rwandan history through the stirring performances they saw at Ubumuntu.”

Bennett and Laguna performed alongside Mashirika students in “Arthur’s Diary,” a play written by Rwandan students, and watched as the students staged a production of “Great Minds Think Alike,” an original play co-written by Bennett and Cesar Chavez Middle School BRIDGE students about an American family struggling with their emotions as they navigate the challenges of life.

Set several years in the future, “Arthur’s Diary” centers on Arthur, played by Bennett, and his brother Manzi, played by Laguna, two children orphaned during the 1994 genocide. Inspired by his brother, Arthur grows up to be a successful author and his writings ultimately play a key role in ending a 70-year-old war between the U.S. and Russia.

“The students are really talented, and my experience with BRIDGE helped me prepare for my performance,” Bennett said. “I was sad to learn about the genocide. So many young people died. But the Mashirika showed me their strength through their own performances. It was uplifting.”

At the end of the “Great Minds Think Alike” performance, Bennett and Laguna joined with the Mashirika ensemble for a dance routine, drawing an ovation from the crowd, which included U.S. Ambassador to Rwanda Peter H. Vrooman.

The Rwandan trip was arranged by the U.S. Embassy in Kigali. Bennett and Laguna, the first Lynwood students to travel outside the U.S. as part of the BRIDGE Theatre Project, were accompanied to Rwanda by Quintero and BRIDGE co-founder Adam Kalesperis, along with two teaching artists and parent chaperone Brisa Laguna.

“I could not be prouder of Zion and Jose, who traveled a great distance to spread the message of peace and harmony to an international audience,” Lynwood Unified Superintendent Gudiel R. Crosthwaite said. “This is a major step forward in our partnership with the BRIDGE Theatre Project, as we teach our students the importance of global diplomacy and benefits of cultural exchange.”

Through the BRIDGE Theatre Project, Lynwood Unified students in grades four through eight learn to write short plays, perform plays and study other cultures. The program provides workshops over eight weeks for about 500 District students each year. The District has partnered with BRIDGE for four years, teaching students the basics of improvisation, character creation, vocal technique, writing conflict and dialogue, and how to collaborate with other writers and actors.

“The BRIDGE Theatre Project has had a major impact on our students, inspiring creativity, collaboration and friendship,” Lynwood Board of Education President Alfonso Morales said. “Thank you to Joe Quintero and Adam Kalesperis for their tremendous work in coordinating the trip to Rwanda and for helping Lynwood students realize their potential.”

073118_LUSD_BRIDGERWANDA1: Zion Bennett, left, and Jose Laguna prepare for a performance at the Ubumuntu Arts Festival in Rwanda. The students showcased their acting and writing talents abroad as part of the District’s Building Relationships and Inspiring Dialogue through Global Exchange (BRIDGE) Theatre Project. 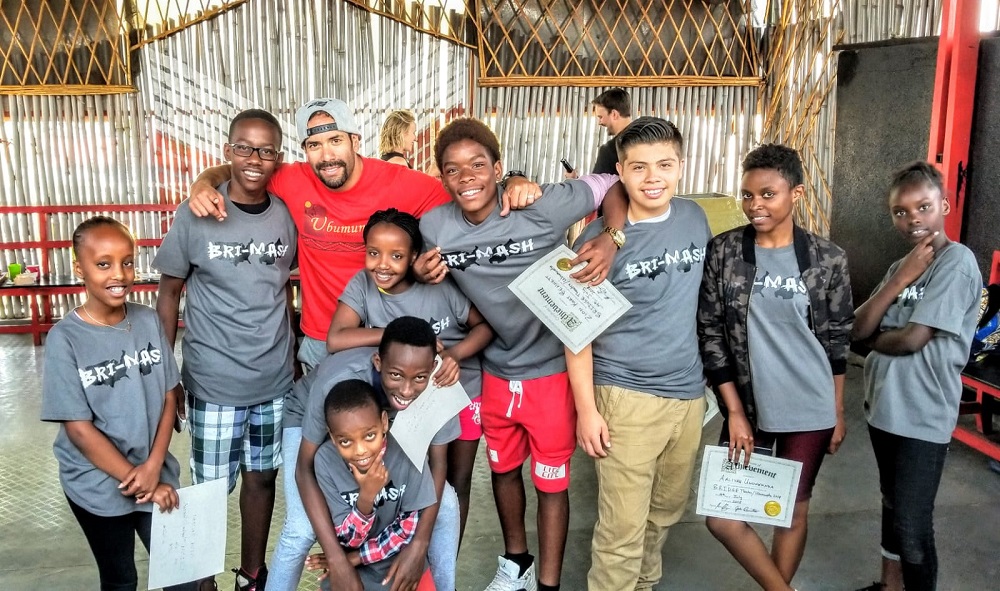 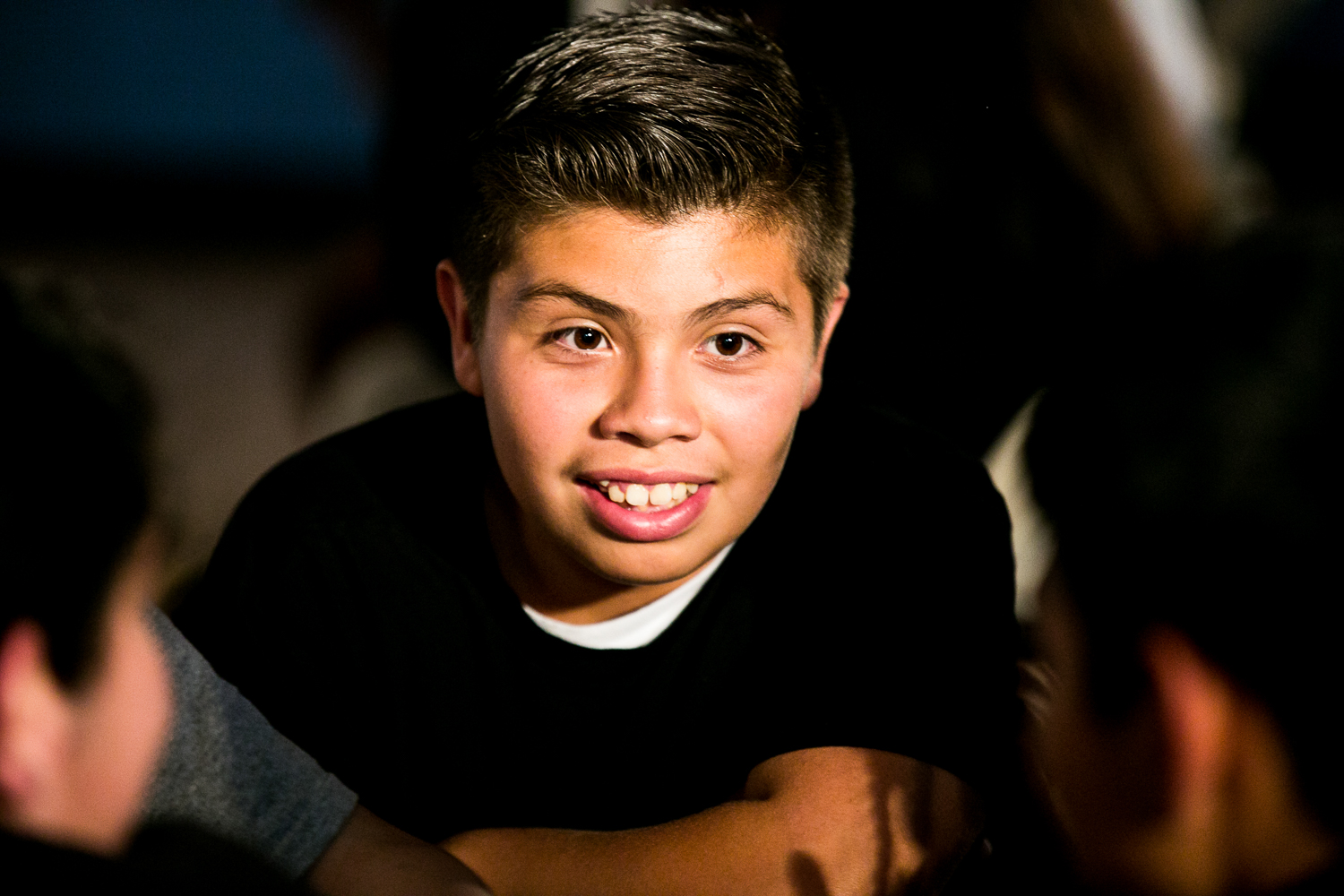 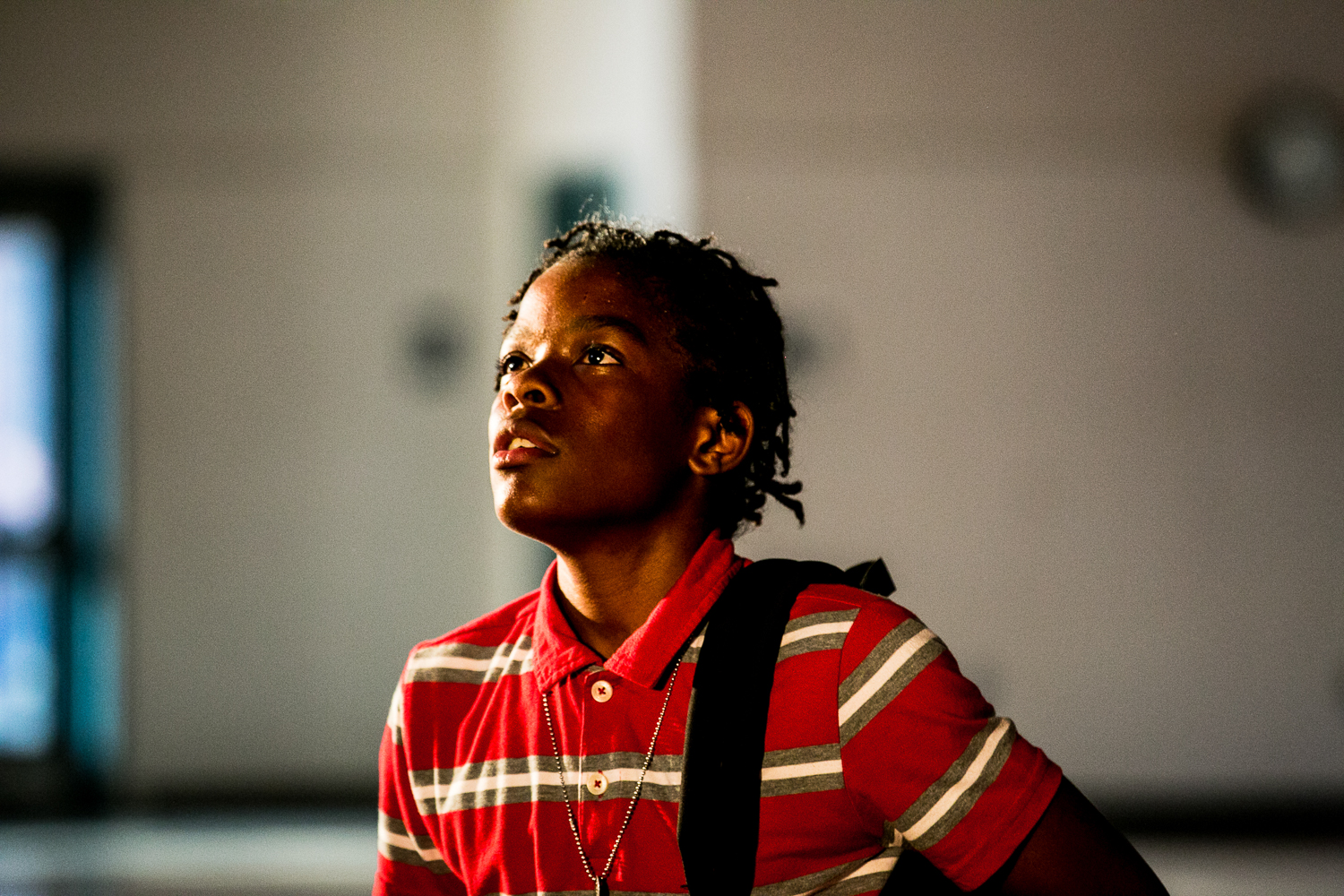 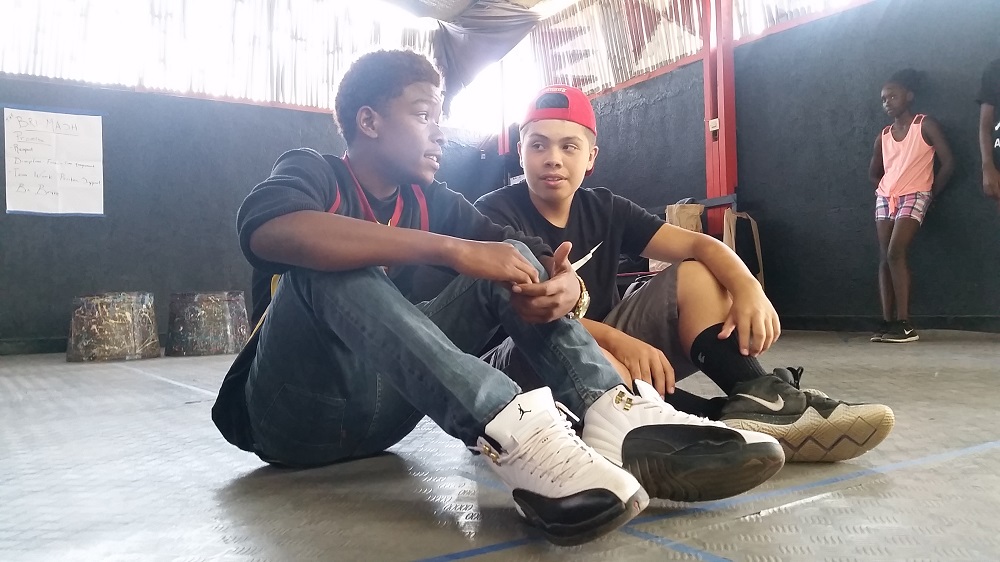