“The purpose of the fifth annual Black Teen Summit was to empower students to know that they are the right people, in the right place and the right time for success,” DAAAPC CEO and founder Mary Ransom said.

Mario Van Peebles, who has directed in film and television for three decades, joined authors Tyson Amir and Pamela Sye to inspire students with messages of entrepreneurship and perseverance.

“Whatever field you’re thinking about pursuing, you should be aiming to become the boss of it,” Van Peebles said. “Don’t just learn to sing, own the record label.”

Van Peebles took ownership of his career by acting, writing, directing and producing. His directing credits include a string of African American-focused films as well as hit shows like “Lost,” “Empire” and “Sons of Anarchy.”

During the summit, Van Peebles showed his documentary film, “Bring Your ‘A’ Game,” in which a 17-year-old encounters a diverse group of African American icons. He then conducted a Q & A session, sharing his path to success.

“It was inspiring to learn from the speakers that you can overcome obstacles and still get to where you want to go,” said Lynwood High School freshman Jada Laititi, who wants to become a criminal lawyer. “If you stay in school and stay focused, you can succeed no matter what anyone else says.”

“We want to equip our students with all the tools they need to reach for success,” said Patricia Brent-Sanco, director of the Lynwood Unified Department of Equity. “We hope that they see themselves in our successful guest speakers and realize all that they can achieve in their own lives.”

Breakfast and lunch were served, during which students provided dance entertainment; gift cards were awarded in an opportunity drawing.

“The Black Teen Summit is an event that celebrates the talent and potential of our students,” Lynwood Unified Superintendent Gudiel R. Crosthwaite said. “We want to thank DAAAPC, our special guests, and all of the staff who played a part in creating another successful summit.”

022818_LUSD_TEENSUMMIT1: Director and actor Mario Van Peebles speaks to students about entrepreneurship and perseverance during the fifth annual Black Teen Summit on Feb. 22. 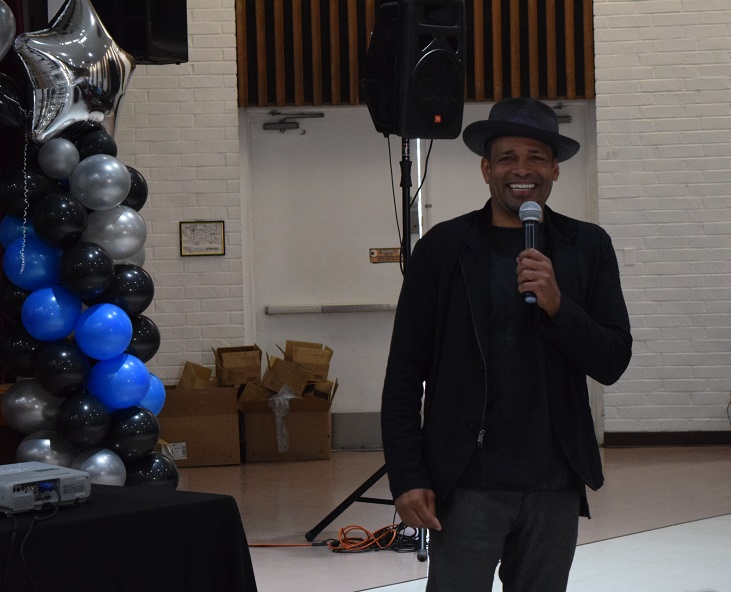 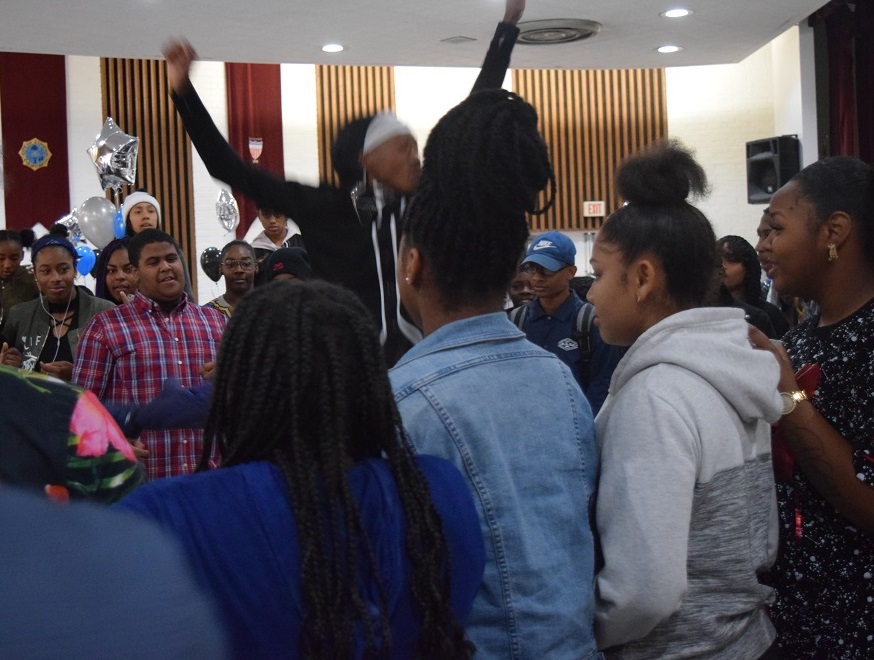