Lynwood – Lynwood High School students Andrea Gonzalez and Litzy Santoyo stood at the Third Tunnel of Aggression, located just outside of Seoul, staring through a window that separates a passageway between South Korea and North Korea. The two students relished how far they had journeyed from their homes, and how much of the world they have yet to experience.

Gonzalez and Santoyo indulged their curiosity of the world through the Project Bridge intercultural youth leadership program, which aims to cultivate community leaders with increased awareness of diverse cultures. The Lynwood duo was part of a group of 16 students who trekked to South Korea from March 28 through April 8.

“It was an amazing trip, and it gave me so much more appreciation for South Korean culture,” said Gonzalez, a junior at LHS. “To get to know a culture you really have to experience it and this makes me want to travel to other countries to gain a better understanding of the people there.”

“The way South Korean people treat elders is similar to the way we do in Mexican culture,” said Santoyo, a senior. “We both treat elders with a great deal of respect and address them with more formal language.”

The tour was based in Seoul, but also journeyed to Gyeongju and the North Jeolla Province. Students were surprised to learn that South Korean students attend school during the day and night, and were fascinated to discover how much the culture covets beauty – often framing faces during photos.

The trip also exposed the American students to South Korean government and industry with visits to the National Assembly and the Hyundai Motor Co. headquarters. The group enjoyed authentic kimchi at restaurants during leisure time and ziplined over the Yellow Sea.

“To have two of our students leave the familiarity of their environment to experience a new world was a life-changing experience for them,” Lynwood Unified Superintendent Gudiel R. Crosthwaite. “This will open their eyes to the possibilities that exist beyond what they know and allow them to continue aspiring to new heights.”

Project Bridge was created in response to the 1992 Los Angeles riots to improve intercultural relations. Gonzalez and Santoyo met with fellow students of the program every two weeks, exploring Korean culture through workshops and articles.
Participants in the program must demonstrate active involvement in their community and school and receive two recommendations. The 16 Project Bridge Youth Ambassadors were selected from more than 150 applicants.

Santoyo said she first became interested in the culture after discovering Korean pop music, or, K-pop, on YouTube. She helped start a Korean club at Lynwood High to spread cultural acceptance to her peers.

Gonzalez had only traveled out of the country on family trips to Jalisco and Guadalajara in Mexico before Project Bridge, recommended to her by an LHS counselor. Now, Gonzalez is determined to experience life in new countries.

“Andrea and Litzy embody our District’s love of diversity and the differences that allow us to teach one another,” LUSD Board President Alfonso Morales said. “Their experience in South Korea will help to broaden the scope of their peers as they have returned with such enthusiasm for world exploration.”

041918_LUSD_PROJECTBRIDGE2: Lynwood High junior Andrea Gonzalez poses with a South Korean student during her trip abroad from March 28 through April 8 as part of the Project Bridge leadership program.

041918_LUSD_PROJECTBRIDGE3: Lynwood High senior Litzy Santoyo poses with a South Korean student during her trip abroad from March 28 through April 8 as part of the Project Bridge leadership program. 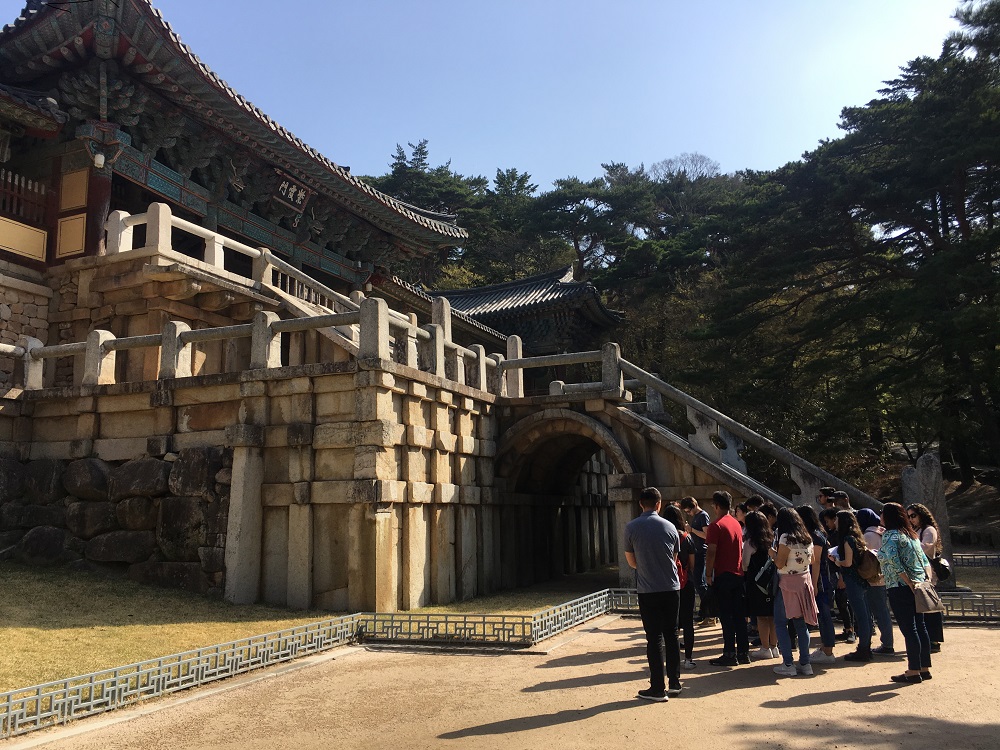 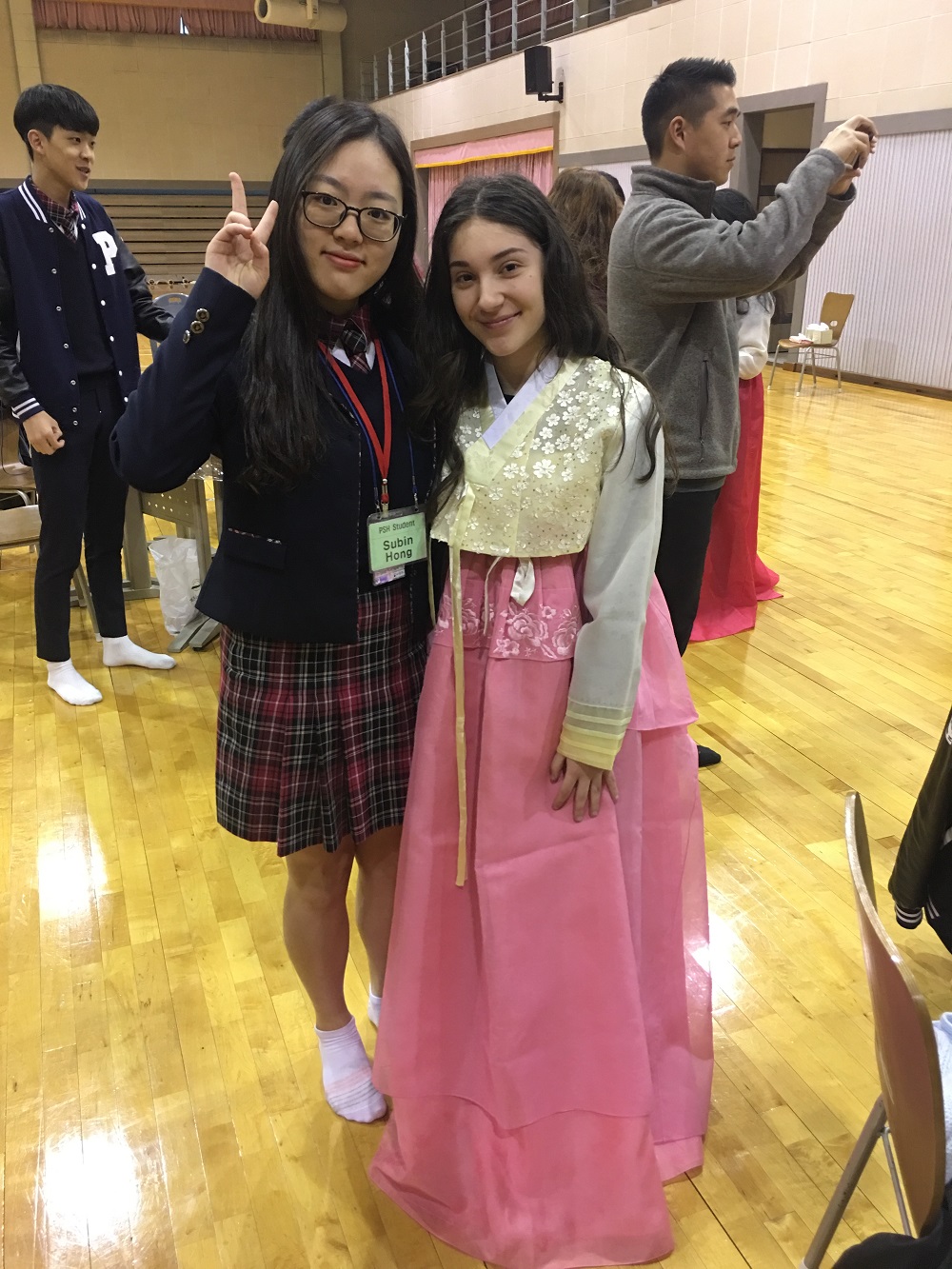 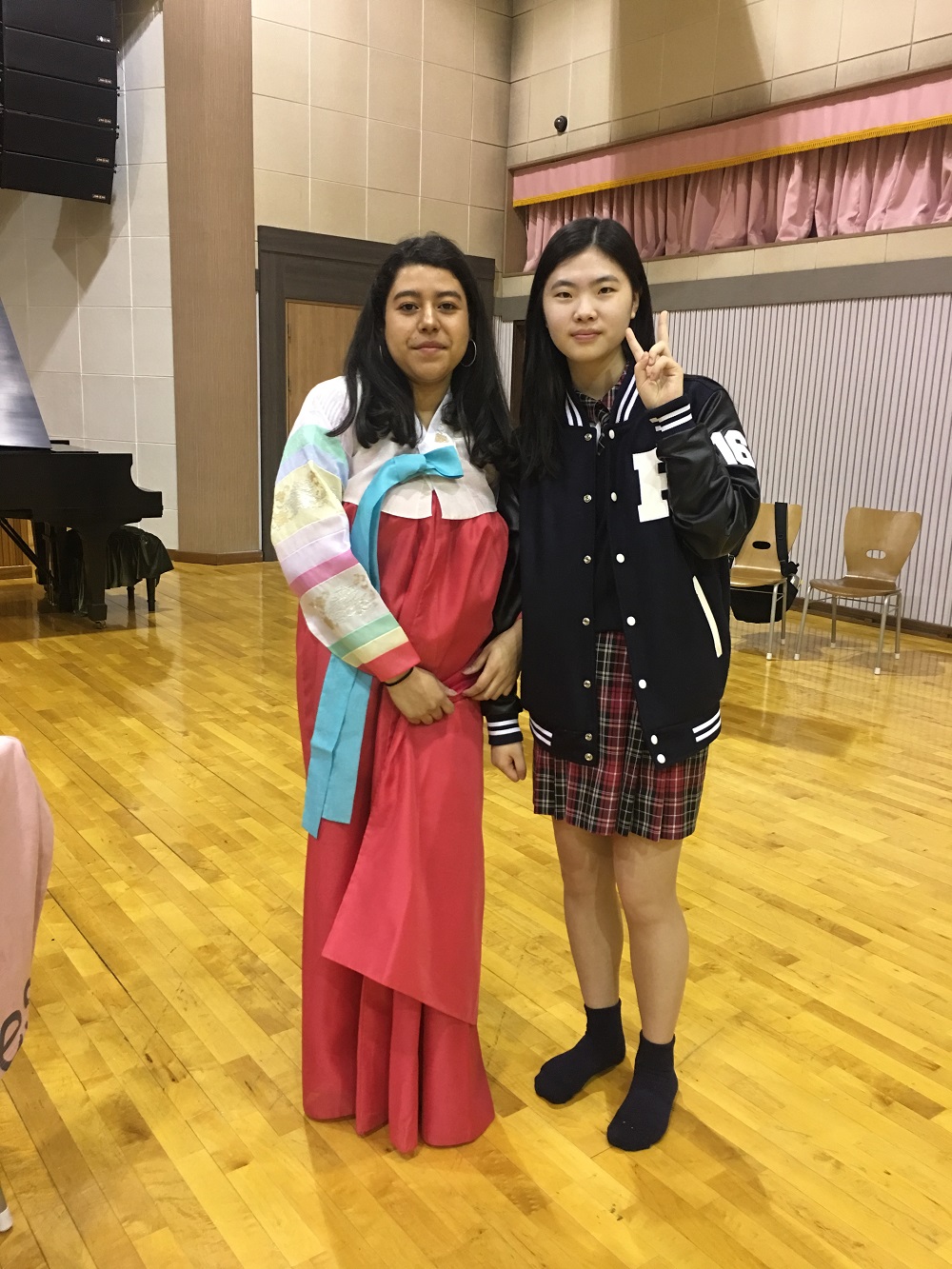