Lynwood – Lynwood High School senior Jaren Johnson had his share of college options. A standout student-athlete with a 4.1 GPA and basketball skill to match, Johnson was always destined to find higher education opportunities for his enormous potential.

But for Johnson, who grew up just outside of Lynwood, choosing a school wasn’t just about himself but the community that helped to inspire him. This was a motivating factor when he officially committed to Dartmouth College.

“Not that many people I know get the chance to go to an Ivy League school,” Johnson said. “This shows them that it’s possible to go to any school you want to.”

Johnson joins a group of recent Lynwood graduates who are blazing new trails of success to top universities like Yale, Stanford and Columbia. The District has recently increased its graduation rate by more than 6 percentage points, surging to 90.8 percent for the 2018-19 school year.

“We are building a great legacy of achievement here in Lynwood thanks to inspired programs, educators and students,” LUSD Superintendent Gudiel R. Crosthwaite said. “We are extremely proud of Jaren and excited to see what he will accomplish next.”

Johnson credits much of his success to his parents, including his mother who attended Stanford, who both pushed him to be as passionate in the classroom as he is on the basketball court. He plans to study economics at Dartmouth and wants to possibly pursue entrepreneurship.

On the court, Johnson’s high-scoring exploits helped lead the Knights to a nice run into the CIF Southern Section Playoffs. Johnson took other visits to potential colleges, but when he arrived at Dartmouth earlier this month he knew he’d finally found his new home.

“It has such a great environment and community that just felt right,” Johnson said. “I wanted to take my time with the decision because it’s one that will determine the next part of my life. I look at college as a full package where I can continue my academic and athletic path, explore new things and build relationships that will have a positive impact on me.”
Johnson has had a positive impact on Lynwood that will continue long after he graduates.

“Jaren represents the ambition and community that Lynwood embodies,” LUSD President Gary Hardie Jr. said. “He will carry that with him on his new journey to Dartmouth and leave behind inspiration for his peers.”

032020_LUSD_DARTMOUTH2: Lynwood High School senior student-athlete Jaren Johnson, who has committed to Dartmouth College, credits his parents for his success including his mother who attended Stanford University. 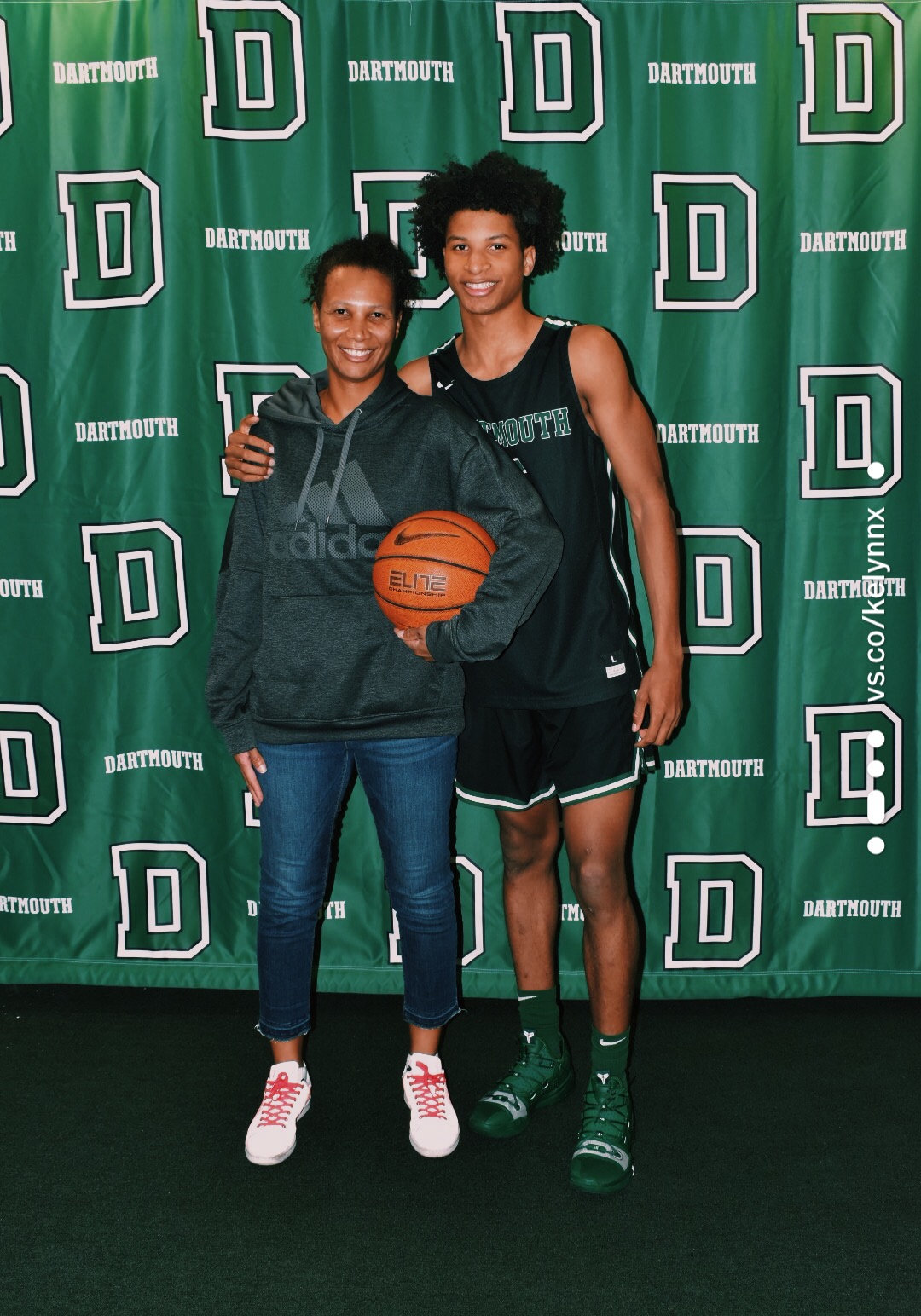