Lynwood – When the Los Angeles Rams take the field for Super Bowl LIII on Feb. 3 in Atlanta, a piece of Lynwood will join them.

Lynwood High School teacher Brittany Washington will carry Lynwood to the biggest stage in sports when she performs in front of 75,000 fans at Mercedes-Benz Stadium and millions tuning in across the country as a member of the Rams’ cheerleading squad.

Washington, Lynwood High’s Career Technical Education (CTE) dance instructor and cheer coach, is a third-year cheerleader for the Rams and a seasoned performer, but she admits to crying tears of joy when she learned she would be showcased at the Super Bowl.

“I’m most looking forward to running out of that tunnel onto the field,” Washington said. “When that happens, I’ll know that it’s real.”

When Washington does emerge onto the field, it will serve as an inspiration to the many students and Lynwood community members cheering her on. Washington is an alumnus of LHS who pursued her dreams of performing through dance studios before Lynwood High adopted a dance pathway.

Washington now guides more than 170 students down their own performance paths. The school’s dance ensemble, considered the elite dancers of the school since members must pass a beginning dance class and an audition, take part in more than 20 performances a year, including sporting events and dance competitions.

“She really knows how to work with us and make it fun no matter what we’re doing,” senior dance student Kate Lyn Gomez said. “It’s really cool that she gets to dance at the Super Bowl. We’ll all be watching and looking forward to hearing about it.”

Rosa Parks Elementary School Principal Dawn Green will also be a close observer. Green is Washington’s older sister and biggest supporter; she will fly to Atlanta to see her sister in action.

“Dawn and Brittany represent the best of what Lynwood can produce and exemplify the family atmosphere that makes our community special,” LUSD Superintendent Gudiel R. Crosthwaite said. “We are so thrilled they will both be in Atlanta shining a light on Lynwood.”

Washington was a member of the Los Angeles Clippers cheerleading squad for eight years. She said she assumed her performing career was ending until the Rams relocated to Los Angeles.

“I tell my students to always follow their dreams because you never know where opportunity can come from,” Washington said. “I love performing and putting smiles on other people’s faces. Teaching at Lynwood is the best of both worlds.”

Washington trains twice per week for 3 ½ hours with the Rams in a role that also includes promotional work at events. On the day of the Super Bowl, her day will begin five hours before kickoff.

“The commitment to her craft displayed by Ms. Washington is a great example to her students,” LUSD Board President Gary Hardie Jr. said. “Whether on a Super Bowl stage or in our schools, she is sending a clear message to all of us that our goals are always in reach if we’re willing to work for them.”

012919_LUSD_SUPERBOWL1: Lynwood High School Dance instructor Brittany Washington will perform at the Super Bowl on Feb. 3 as a member of the Los Angeles Rams cheerleading squad. 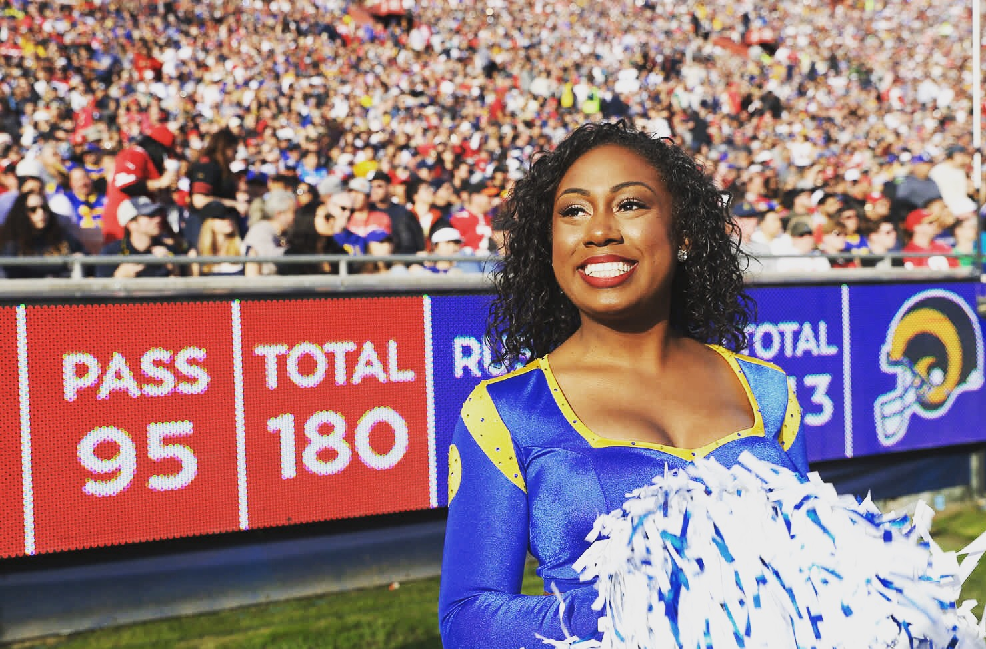 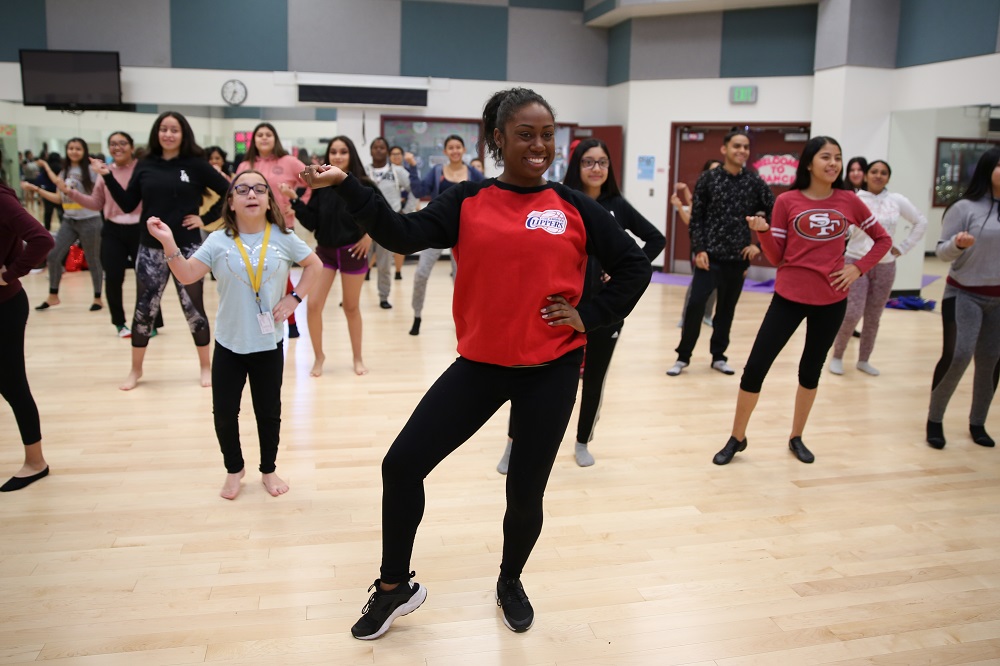