Lynwood – Michael Tidwell, the newly installed president of the University of Texas at Tyler, still muses on the lessons he learned as a Lynwood Knight, especially from Donald Jones, the school’s former accounting teacher.

Tidwell considers Jones a mentor since even though he was never enrolled in his classes, Jones still took the time to provide him with guidance about his future.

“Mr. Jones was always so intentional about helping us students think about our future and helping us understand that where we are today is not necessarily where we would be tomorrow,” Tidwell said. “He never let us rest on our laurels and he constantly pushed us to think bigger and better.”

Tidwell is a product of the Lynwood Unified School District, having attended Abbott Elementary School and Hosler Middle School before graduating from Lynwood High in 1991. He even met his wife, Karen, in his high school biology class.

Tidwell said that after several years of working in the private sector, he realized he wanted a career in education – inspired by the amazing help he received from Lynwood Unified teachers. His career has included roles as an administrator and professor at Clayton State University, Bloomsburg University of Pennsylvania and Eastern Michigan University. He joined the University of Texas at Tyler in October.

“It’s a rewarding experience to see one of our former students accomplish so much in their professional career,” Lynwood Unified Board President Alfonso Morales said. “I think it’s fantastic that Michael Tidwell still looks back on our District as a means of guidance and uses those lessons to help his students.”

Tidwell was also known for his athletic prowess, playing on the Lynwood High basketball team for two years and volleyball team for four years. He said he developed strong bonds with his coaches, who encouraged him and other players to use their athletic skills as a means of obtaining a college education.

“He was an amazing student; I’m very proud to have known him,” McGinis said. “Michael is a great role model for our students since his accomplishments show them that someone who comes from their background can achieve so much. He’s a shining example of what our students can do when they put their minds to a task.”

Tidwell said his goal as president of the University of Texas at Tyler is to be as accessible and encouraging to students as the Lynwood staff was for him. He said he hopes to be a role model for Lynwood Unified students.

“We are very proud to have our alumni Michael Tidwell serving as president of such a prestigious school and to know that he still uses the lessons and advice that his teachers gave him all those years ago,” Lynwood Unified Superintendent Gudiel R. Crosthwaite said.

010218_LUSD_TIDWELL: Former Lynwood High School student Michael Tidwell still utilizes the lessons he learned as a product of the Lynwood Unified School District and is now president of the University of Texas at Tyler. 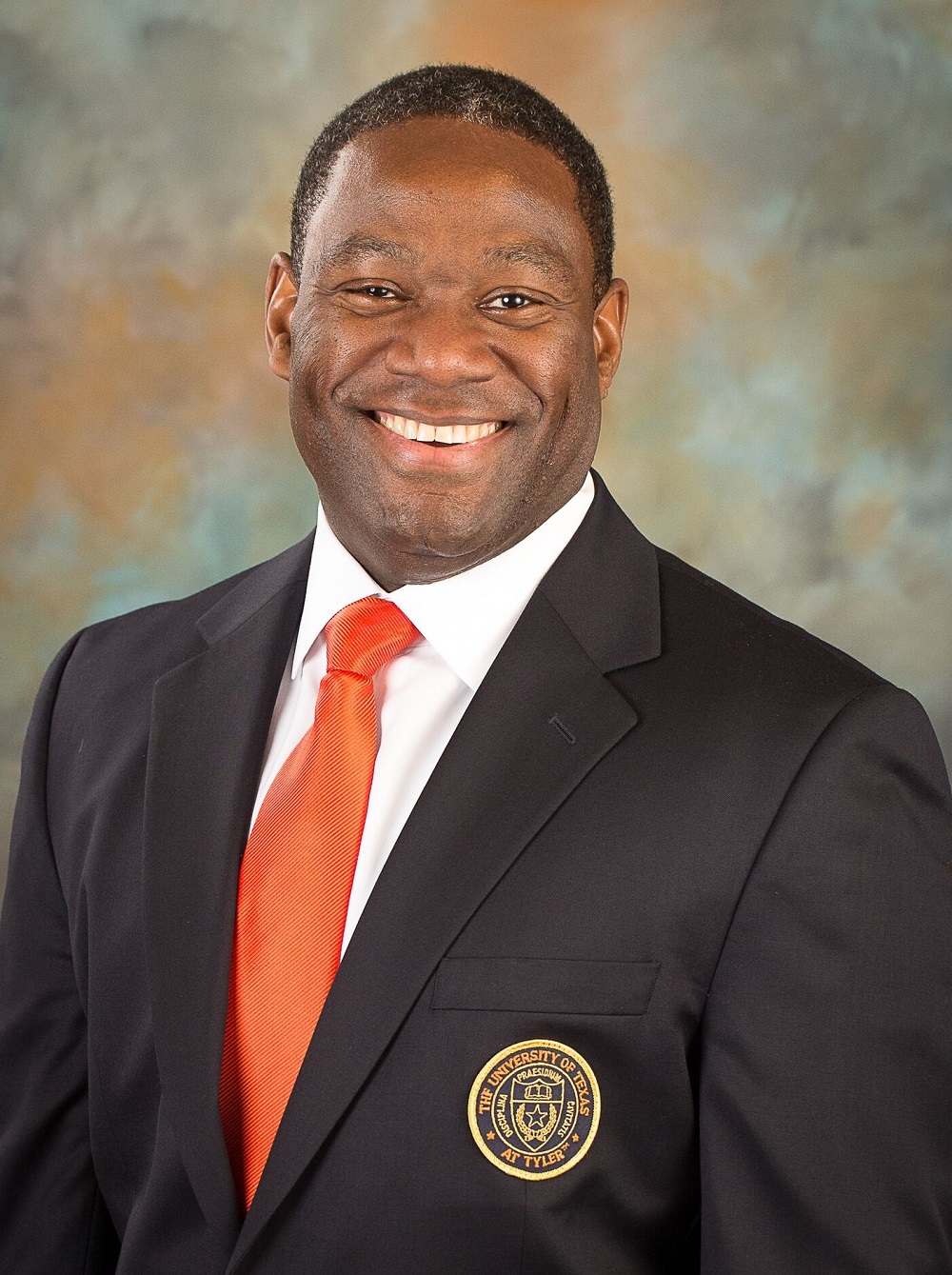