Ramirez took a small step in that direction on Sept. 4 when he was appointed Lynwood’s “Kid Mayor” for September during a City Council meeting. Ramirez was awarded $400 toward his college education, received a name plaque, a certificate and a pin to wear when he attends city-sponsored events during the month.

“I was really excited about being named “Kid Mayor,” but also a little nervous because I had to lead the City Council meeting,” Ramirez said. “It was cool to meet the real mayor. This lets me know that I can be a leader one day.”

The Lynwood “Kid Mayor” program was created by Lynwood Mayor Jose Solache to inspire young people to get involved in public service. Students are nominated by their principal. A new ‘Kid Mayor’ is appointed each month. The newly elected students spend time with the city’s elected officials and experience community events.

“The ‘Kid Mayor’ program humanizes our city officials for our children and also makes their dreams of rising to leadership roles feel more attainable,” Lynwood Unified Superintendent Gudiel R. Crosthwaite said. “Through the program, our students are learning the importance of being engaged in their community at an early age.”

Lincoln Elementary School Principal Geraldine Rescinito nominated Ramirez because of his charismatic personality and willingness to assist classmates. Ramirez practices leadership in his household as the oldest of three siblings. He often helps his 6-year-old brother with tasks and changes diapers of his 1-month-old sister.

“Leonardo is the kind of kid who is always looking for opportunities to be useful,” Rescinito said. “He is a very active student who always has a positive attitude – whether in the classroom or on the soccer field.”

Lincoln recognized Ramirez’s new role during a school assembly, and he can be found each day proudly wearing his “Kid Mayor” pin around school campus.

“We want to thank Mayor Solache for continually recognizing our students and making them feel like valuable members of the community,” LUSD Board President Alfonso Morales said. “By giving our children important roles, we’re building future leaders in Lynwood.” 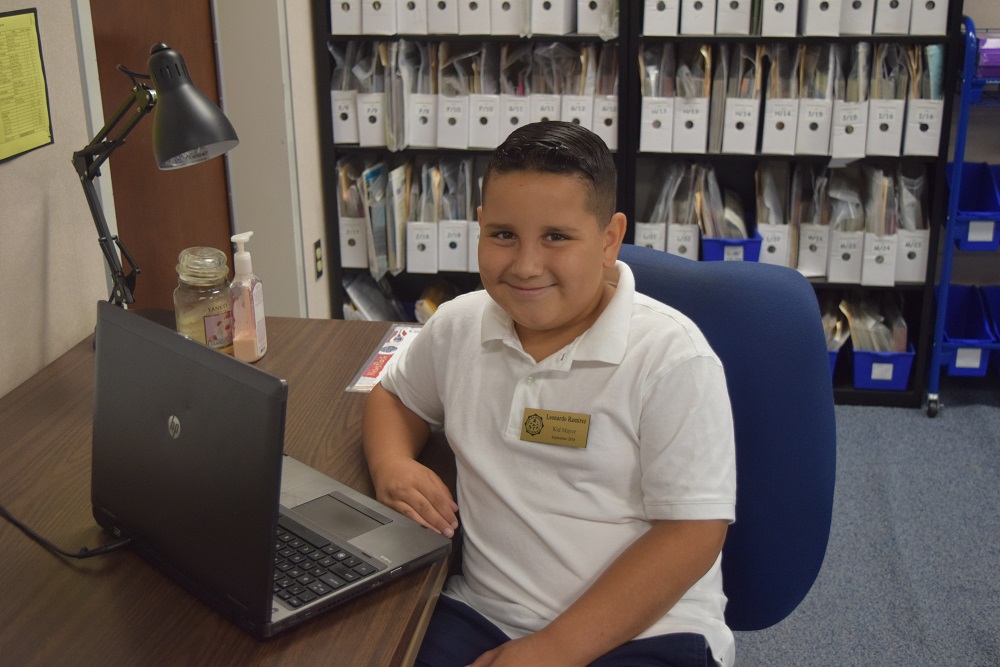