Lynwood – Lynwood High School senior Elvis Ubeda Flores received his high school diploma along with the surprise of a lifetime when a familiar face greeted him atop the stage during his commencement on June 14.

Hernandez’s mother, who lives in Argentina and had not seen him in over a year, secretly traveled more than 6,000 miles to share in her son’s graduation. She emerged from behind the stage to greet Hernandez with a tearful embrace that left a lasting impression on the ceremony.

Hernandez was one of nearly 900 Lynwood Unified graduates celebrated as they took a giant step toward the next phase of their lives.

Lynwood High concluded the District’s high school graduations on the District stadium athletic field, with about 400 students flipping their tassels from right to left as family and friends cheered them on. Valedictorian Fabrizio Castaneda, who boasts a 4.49 GPA, encouraged his peers to keep reaching for their potential. Lynwood’s Alan Lopez, who was awarded a $40,000 Edison STEM Scholarship in March, was the salutatorian with a 4.48 GPA and will attend Rice University.

Firebaugh High held its commencement on June 13 at the District stadium for 295 graduates. Valedictorian Xochitl Ayala, who graduated with a 4.34 GPA, and salutatorian Andy Ramirez (4.33 GPA) each spoke to their fellow graduates about seizing the moment. Ayala is heading to University of California, Santa Barbara, while Ramirez will study astrophysics at UCLA.

“We are all so proud of our graduates and what they have accomplished through hard work and commitment to reaching their goals,” LUSD Superintendent Gudiel R. Crosthwaite said. “The best is yet to come for these young scholars, and I can’t wait to see them continue to reach new heights and inspire the future students of Lynwood.”

06.18.19_LUSD_GRADUATES1: Lynwood High School’s Elvis Ubeda Flores received a surprise visit from his mother, who traveled from Argentina, during a commencement ceremony on June 14. 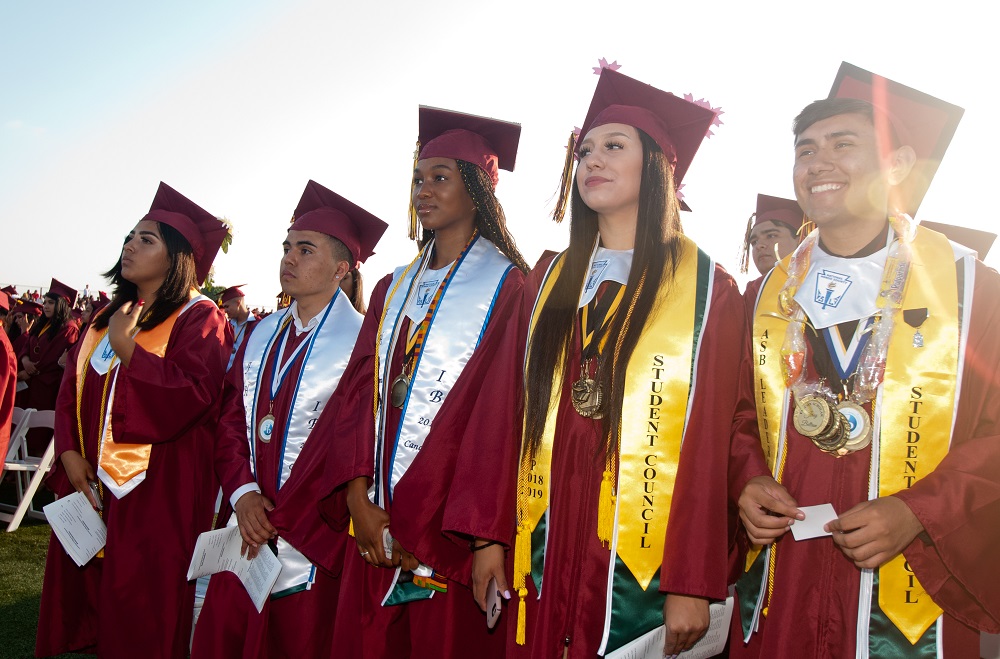 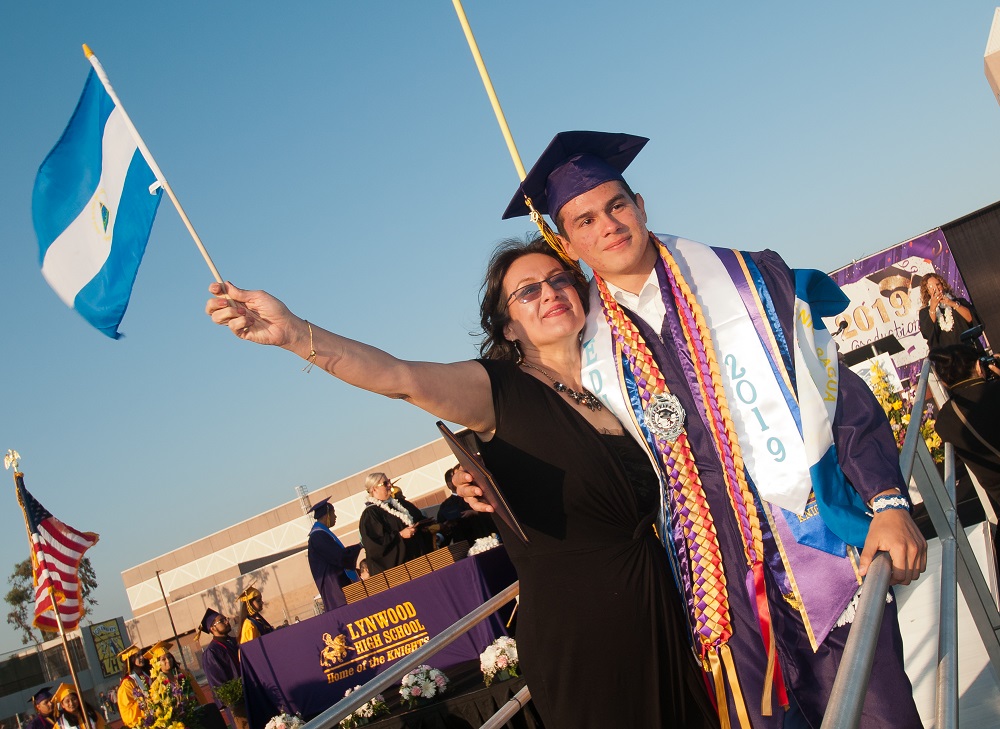