Lynwood – Lynwood Unified Data Analyst Diana Hawkins has always lit up the District with her smile and energy, and on Dec. 15 she introduced it to a nationally televised audience with an unforgettable performance on Wheel of Fortune.

Hawkins laughed, shouted, and cheered her way to a winning total of $57,850 and a trip to Puerto Rico while stealing the spotlight and being hailed a “super contestant” by media and social network observers.

Hawkins’ excitement was well-earned as she had watched the show for 20 years and auditioned on two other occasions before landing on the set.

“It was incredible to finally be on the show. It turned out to be so much bigger than I can comprehend,” Hawkins said. “I’ve heard from people across the country that have said I made their day with my performance. It feels special to receive that love.”

As Hawkins spun her way to more victory and emotion, Twitter was abuzz with admiration for her positive spirit.

Diana is the best #Wheel contestant ever. She rocks tonight – @1986Webber
Every game show on the planet should be reaching out to Diana to get her on – @jaymax

Hawkins has offered her energy to Lynwood Unified for 21 years as she’s earned promotions through the District and brought joy to her colleagues. She always makes sure to get her 10,000 daily steps, and keeps a smile on her face.

Hawkins’ role as a data analyst sees her organize student information, and she says that aided her ability to solve word puzzles. Her television appearance was an inspiration to staff and students alike, and some teachers showed the telecast to students to encourage them to follow their own passions. The District has plans to work with Hawkins to implement word puzzle activities with students.

Hawkins said she hopes her performance will compel students to continue to follow their goals even amid a pandemic – just as she did.

“Ms. Hawkins has infused our District with her enthusiasm for 21 years, and we’re thrilled to see her winning charisma be transferred to others,” LUSD Superintendent Gudiel R. Crosthwaite said. “She has inspired our students, and people around the country, to fearlessly pursue their aspirations with passion and confidence.”

Hawkins has also garnered media attention and requests for interviews. But despite her newfound celebrity, she said she has no plans for a career change.

“I love my job,” she said. “I love Lynwood Unified. “I want to keep spreading that love to students and families right here.”

121820_LUSD_WHEEL1: Lynwood Unified Data Analyst Diana Hawkins won a total of $57,850 and a trip to Puerto Rico while being hailed a “super contestant” during a Dec. 15 appearance on Wheel of Fortune.

121820_LUSD_WHEEL2: Lynwood Unified Data Analyst Diana Hawkins poses while on the set of Wheel of Fortune where she charmed a national audience with her positive spirit. 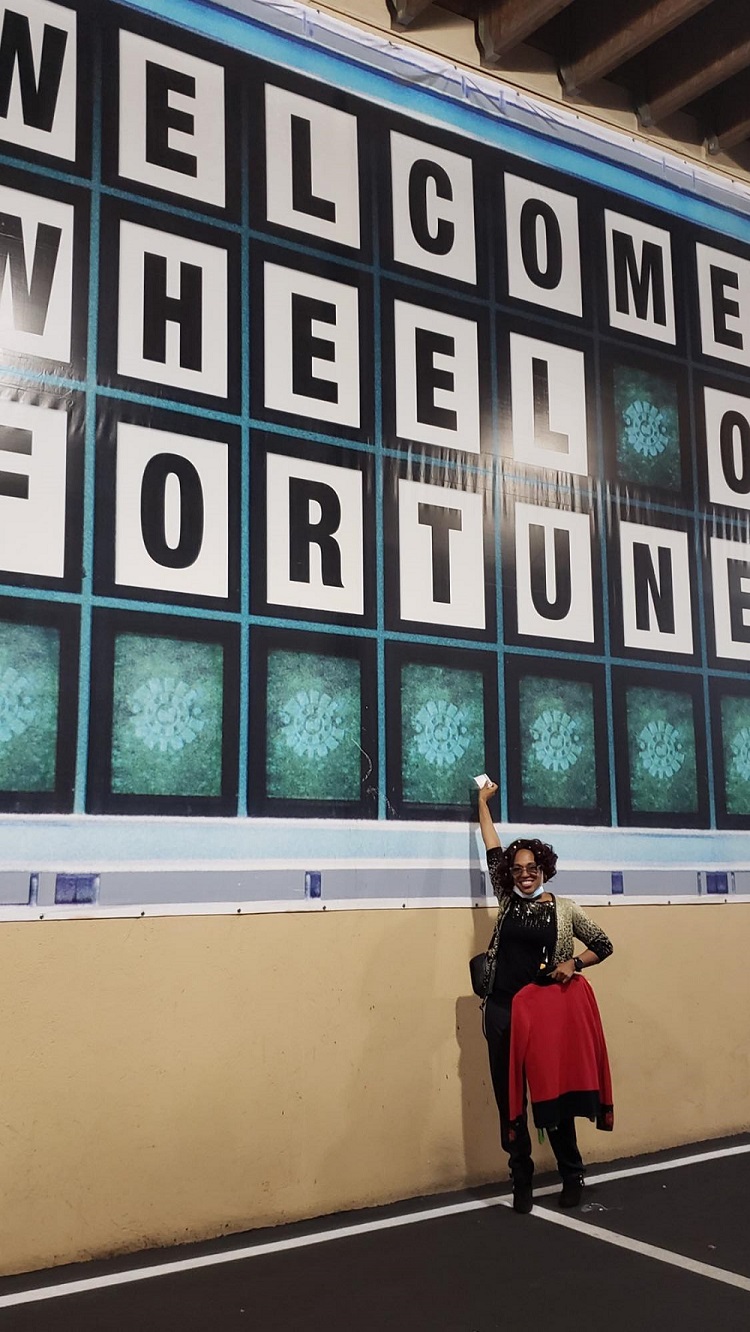 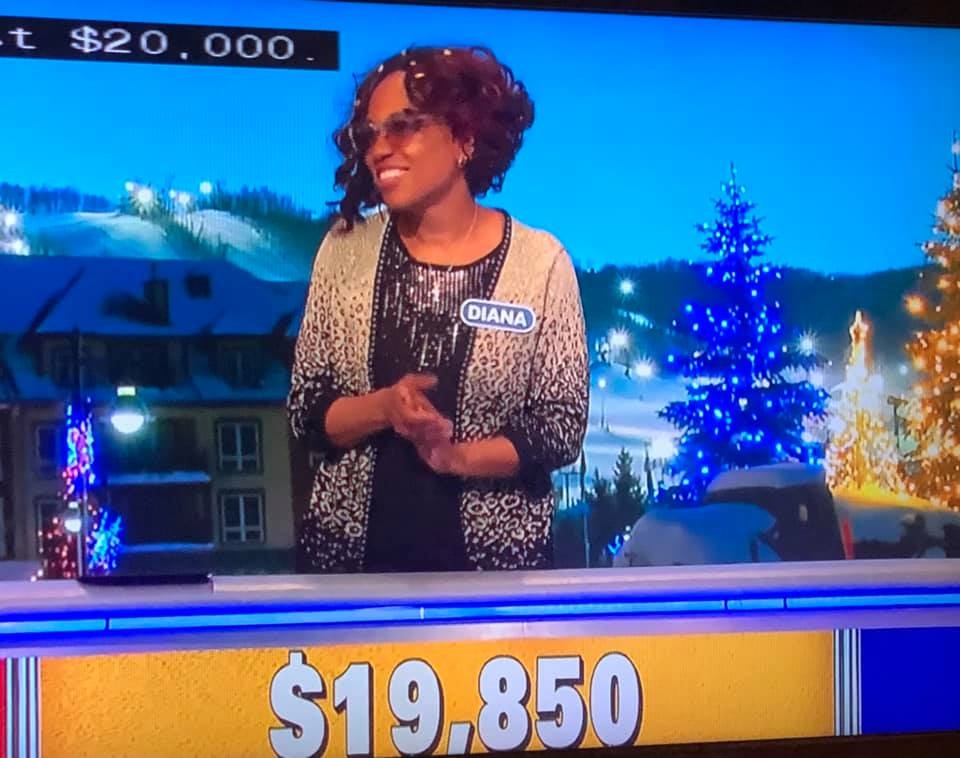